"Fictionalizing reality is a creative process, not a mask."

With the impending release of his debut novel, The Step Back, J.T. Bushnell meditates on intersections and departures in our fiction.

The first time I had a short story accepted for publication, I asked a professor to look it over, hoping for some astute line edits, a little extra polish, maybe some praise. Instead he chuckled at the request and told me that’s the way it is with publication—it’s easy to send out submissions, but then someone says yes, and you think, Oh, shit, did I say anything stupid?

That wasn’t, in fact, a reaction that had occurred to me. When I imagined readers, I imagined them out there. They were strangers who knew nothing of me or my life, so their judgment had no impact on me except in abstract or impersonal ways. But I soon came to realize that there was another kind of reader I had overlooked, a reader who produced the exact reaction my professor had prophesied.

I’m talking, dear family, about you.

This has been especially intense leading up to the publication of my first novel, The Step Back, which will be released in early May. I worry how you’ll receive the book, remembering the way you’ve received my other publications over the years. I would never mention my small grievances to you—the neglected manuscript, the unintentional criticism—because in our family nothing is as important as tact. Yet because we are always courteous to one another, because it’s how we communicate (or don’t), I’m not always sure what’s behind that courtesy—truth, diplomacy, or something else. I’ve wondered if perhaps you have your own set of hidden grievances, which include your own worries about mine.

I remember, for example, the time you read one of my brief forays into creative nonfiction, then asked me, repeating the language I’d used to describe you, “Soft shoulder muscles?” You quickly covered the objection with a smile, though a weak and injured one. That smile looms in my mind now as I answer interview questions about how much of the novel is based on personal experience. It rises up, incredulous—is this really how you see me?—as my novel synopsis bounces around the internet, describing a gay and unfaithful mother, an injured and neglectful father, a self-destructive brother, and a series of inadequate romantic partners. And it makes me feel a shiver of dread about the approaching release date: Did I say anything stupid?

I’m assuming it won’t help to assure you that it’s fiction. In fact, I think I understand the wariness about that assurance—and its underlying presumptions about the way fiction selectively incorporates and eschews reality. Those decisions are largely intuitive during the trance of composition, but that doesn’t mean they are haphazard. Now that the trance is over, I find myself thinking about the patterns in the way I’ve woven reality and imagination together, and where they come from, which we both might benefit from understanding better.

For the last decade, I’ve been writing The Step Back mostly for the other kind of audience, the strangers. If I borrowed an experience from my own life, or a personality quirk from someone nearby, or a setting that was familiar to me, I figured it made no difference. To strangers, the real and the invented would have equal footing in the fictional dream I was evoking. The only goal was to make that dream as rich and real as possible for them.

That requires a lot of details, and using familiar ones, even in different contexts, allowed me to focus more on the narrative architecture. Building a novel is complicated, and I could attend to that task better by putting its action in arenas I understood. I didn’t have to stop what I was doing to find a YouTube video of a spin-move in basketball, or to read a journalism textbook, or to interview a restaurant server to make sure I got the details right. Those details give made-up stories the texture of reality, and they hung in my mind like ripe fruit in a private orchard.

But for you, I’m realizing now, those details must provide more than texture. When you recognize a real experience or quirk or location, it seems like evidence of the story’s veracity, especially as those elements accumulate over the full 250 pages of a novel. This is real, you think, and you can provide a hundred examples to support that belief. It raises a question, then, about the elements you don’t recognize—are they departures from reality, or secrets? Either would explain why you don’t recognize them, but the latter is full of danger and allure, and I can understand why you might turn it over and over in your mind.

The mother in my novel, for instance, divorces the father right before their oldest son leaves for college. My own parents divorced around the same time in my life, and people who know that might wonder, therefore, if the characters are stand-ins for the real people. If so, does the depiction of the characters reveal my secret attitudes about my real parents? Does it mean that all these years, for example, without mentioning it, I’ve believed my mother’s posture to be slumped, as the fictional mother’s is? Or that I wished she was gay, or suspected her of the kind of adultery the fictional mother has committed, or harbored anger or resentment or blame like the son in the story?

The inspiration for these elements came from someone who is technically my stepbrother, I suppose. My mother married his father when I was about thirty and he about eighteen. We were strangers, in other words, and the first time I met him, just before starting this novel, he floated the possibility—obliquely but unmistakably—that my mother had broken up his parents’ marriage. Laughable, yes, but it got me thinking about what must have been going on inside him to inspire such a notion. Why would he invent something that hurt? Did a simple, tawdry reason make it easier to understand or accept his parents’ divorce? Did it allow him to admit a level of pain or anger that he otherwise wouldn’t feel entitled to? The questions gripped me, and I felt a sharp pang of sympathy for this young man.

Later, at my writing desk, I recognized these elements—the false belief, the gripping questions, the sympathy—as the perfect ingredients for a story, especially since they came unencumbered. I didn’t know much about my stepbrother’s life, which left my imagination plenty of room to roam. If I had known about his life, though, I would have made big, intentional departures from it to avoid what we fiction writers call “the tyranny of the real.” The point is not to cover up the story’s origin but to release ourselves from it. Fictionalizing reality is a creative process, not a mask.

I dreamed up a scenario from these ingredients, then watched how it unfolded, and along the way I found other interesting questions buried in it: How much harm does divorce really cause? How does it impact a young person’s notions of love and obligation? What effect does it have to shrug it all off as commonplace, inconsequential, or even favorable? No doubt these questions interested me because of my own parents’ divorce, but the story is not my answer to the questions. The story is the structural and aesthetic framework required to deepen the questions and carry them forward. 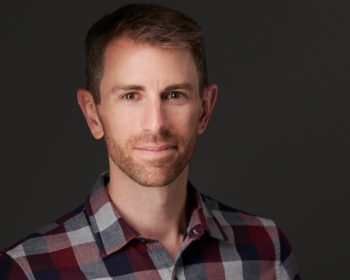 To strike an emotional blow against the son, for example, I made the mother unfaithful. That’s pure fiction. To make her unfaithfulness complicated and sympathetic, I made her a lesbian coming out of the closet during the cultural changes in the early 2000s, after finding a love she’d always believed was unavailable to her. That’s mostly fiction. My mother is not a lesbian, but my college roommate did come out to me in 2001. It was an enriching and wondrous experience, full of other questions that gripped me, and this vein allowed me to weave them into the novel. For them I dreamed up other scenarios, other characters, other events, guided by the demands of my craft, not by any kind of faithful portrayal of real experiences.

My craft, however—constructing a compelling narrative—has some pretty seedy demands, things like bad decisions, further problems, erroneous beliefs, sublimations of desire, suffering, and damaging confrontations. These work together like a rickety old engine propelling a plane, keeping it aloft. Let everyone hug it out and the story loses altitude quickly. This is why bad behavior reigns in a novel—and why it’s so easy to offend people if they believe a character’s portrayal represents the author’s hidden feelings.

In fact, writing fiction accomplishes just the opposite. One of its greatest rewards is that it allows you to see around your own hang-ups and defenses and blind spots, all the things that lock you into your own subjective and limited view of the world, because you’re writing other people, not about yourself, and not about the people you love. If my family has any place in The Step Back, it’s in the inspiration and support undergirding the project, not in the people it depicts.

That’s why it means so much to me that you read it, even as I worry over how you’ll react. As always, I will act casual, wave it off, but I’m waiting on pins and needles, anticipating your enjoyment and admiration, your horror and mockery, your boredom and inattention, your every possible reaction as I picture you turning the pages. So please, let me know when you finish, and tell me what you thought. Think of the novel as a backstage ticket to a concert I’m putting on. I’m looking forward to seeing you after the show, but I don’t need you to tell me which notes I missed or to deconstruct my musical influences. Just tell me which songs got your feet tapping or tugged at your heart. Just show me some hand-horns and tell me I rocked.

Whatever your reaction, though, I’ll know you’re doing the best you can. Just as I am now, reading these lines over and over again before sending them off, worrying whether I’ve said anything stupid.