Good Things I Wish You, by A. Manette Ansay

Can men and women ever really be just friends? The infamous, troubling question. It never truly goes away. Probably because it never truly gets answered, despite the fact that the modern novel has tried, over and over again, if not explicitly, or even self-consciously, to do so. But the characters in A. Manette Ansay’s latest novel, Good Things I Wish You (Harper, 2009), are not ashamed to ask such questions or speak boldly, not even to each other on their first, blind date. 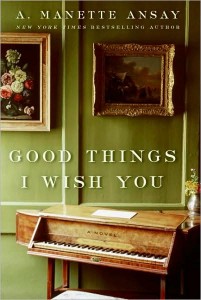 Can men and women ever really be just friends? The infamous, troubling question. It never truly goes away. Probably because it never truly gets answered, despite the fact that the modern novel has tried, over and over again, if not explicitly, or even self-consciously, to do so.

But the characters in A. Manette Ansay’s latest novel, Good Things I Wish You (Harper, 2009), are not ashamed to ask such questions or speak boldly, not even to each other on their first, blind date.

“It’s not going to work,” Hart says to the narrator, Jeanette Hochmann, when he shows up to the restaurant, an hour late. “You’re more than an hour away.”

It’s a startling, rude entrance. But as I read on, Ansay, with her beautiful and persuasive prose, helped me understand—why not just get to the point? Jeanette and Hart are tired. They are “ashen faced, pale lipped,” and “quietly aging.” They have children and ex-spouses and secrets. They have already lived their lives, and what they have now are baby-sitters who need to be home by eight, and questions. So many questions.

Ansay uses Jeanette’s quest for the truth as suspenseful movement within the narrative. Jeanette, teacher and writer of fiction, makes it her mission to discover the truth about, essentially, everything: The nature of the forty-year relationship of piano prodigy Clara Schumann and her husband’s young protégé, Johannes Brahms, during the nineteenth century (the subject of the book she is writing); the reason her marriage to her ex-husband Cal failed; and, most immediately, the truth about her mysterious date, Hart:

“He is an entrepreneur,” America, the dating agency, had told her over the phone.
“That can mean anything,” Jeanette answered.

Ansay gives Jeanette very dark and comic capabilities, an honest blend of a sharp intellect and deep emotion. She is a lovable narrator, both creating and sustaining the passion in the novel with her biting wit and attention to detail. We trust her to always “smell the antiseptic in the air,” to see “the blue chintz curtains.” She intuitively understands crucial things about the people around her, like her daughter Heidi who she describes as passionate about everything, “from the fit of her socks to the stroke of a pen.” Jeanette’s intuitive understanding lends credence to why first person narrators even exist. We read this book primarily because we want to see the world the way Jeanette sees the world. We want to be present with Jeanette, once a child prodigy herself at the piano, when she describes walking into her piano teacher’s house as a young child, feeling something like de ja vu, something she understands as, “the inevitability of a steep, accidental fall.” Which is at times what Good Things I Wish You feels like, in the best way possible, the way that “it’s like becoming aware of gravity, just for a moment.”

Jeanette and Hart are both incredibly good at describing how they feel, and that is both the blessing and the curse of this novel. After a glass or two of wine on their first date, Jeanette and Hart engage in what I would call high-risk conversation for a novel (not to mention a date):

“I am a rational personal,” Hart said, “I cannot believe in such things [coincidences].”
“No one can be rational about everything,” I said to Hart, becoming aware of the silence between us. “Especially when it comes to relationships.”
“You are speaking of love at first sight, I suppose.”
“I don’t know. I’ve never felt anything like that.”
“That’s because you, too, are a rational person.”

It is high-risk conversation because it is quickly becoming a conversation of ideas, rather than an actual conversation, diffusing certain tensions. I immediately wondered what the pay-off would be from getting to the know these characters so quickly through the abstract. It reminded me of the dialogue in Don DeLillo’s White Noise, when Heinrich and his father are driving and they start asking each other: “What is rain?” “What is wet?” In White Noise, this employment of talking through the abstract is at its best. The dialogue is incredibly funny, enlightening in the way that these characters render everything meaningless, bankrupt every abstraction, one of the novel’s greatest strengths.

But in Good Things I Wish You, the pay-off is not always so clear. When characters shine too much light on every situation, it can hold you at a distance, solve every question before you can even ask it. Dialogue can sound overly simplistic, or even pedantic and I found some conversations between Hart and Jeanette a bit hard to swallow. 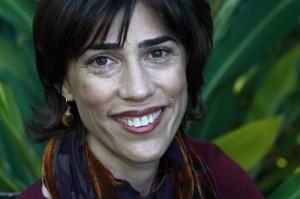 There are advantages, though, to giving your characters authoritative, articulate voices. When your characters are given the voices to say exactly what it is they want to say, they can become funnier, more intelligent, more enlightening. The reader can feel as though he or she is always on the brink of learning something huge. That can be a wonderful feeling as a reader. And Jeanette engages in this kind of higher-level dialogue with mostly every character in the book, even her Heidi.

Additionally, Ansay is careful to balance Jeanette’s authority with a deep, humbling curiosity. Jeanette is troubled by her inability to understand the nature of Clara Schumann’s relationship to Johannes Brahms, not sure how they could have remained merely friends for forty years and never marry even after her husband’s death. This lack of knowledge inhibits her ability to finish the book about the two historical figures until Hart, a native of Clara’s hometown, fluent in German, helps with translations and other bits of information, provoking conversations that serve as catalysts for her writing. The two grow closer to each other as they grow closer to the truth about their relationship and the relationship between Clara and Johannes.

It is hard to overlook, however, the convenience of Hart, someone Jeanette met through a dating agency, who was born in Clara Schumann’s hometown, fluent in German, and willing to help Jeanette research and translate (not to mention fly her around with his own plane!). At times, I wondered whether the arrival of Hart seemed a bit too contrived. What are the chances of meeting a single man, native of the hometown of the woman you’ve spent your life studying?

Though to Ansay’s credit, she does seem aware of this potential pitfall and tries to get rid of the problem by acknowledging it through her characters. Coincidences, according to Jeanette, “are a matter of paying attention. Everything is significant, but when you take note of something in a particular way, it winds up changing how you react, how you feel. Maybe just a little, but there it is. Over time, it starts to make a difference.” I don’t know if acknowledging a problem is enough to make it go away, but there is something impressive about being able to predict exactly what the reader is thinking, and to then call into question the idea of coincidence itself. After all, isn’t the occasion for a novel supposed to be a remarkable incident, one that makes this date different than all the others, this moment in Jeanette’s life the beginning of a story?

But what makes this novel succeed are the characters themselves. Jeanette and Hart are so familiar as people and yet so unique, self-contained and yet desperate for connection that it becomes an impossible but exciting challenge to know whether what is going on between Jeanette and Hart is a good or a bad thing. Hart is a self-described dead stone, and Jeanette is “incapable of passion,” as told to her by her piano teacher when she was younger, in one of the sexiest, most intimate scenes in the book. Yet, they are full of passion. Jeanette and Hart disagree on most things, but in this way, they understand each other. They make each other laugh. They challenge each other. And yet, on certain days, they aren’t right for each other, for reasons nobody can understand. The contradiction of their compatibility becomes one of the most successful tensions in the novel, and it seems with every page we are forced to keep asking the central question: Can men and women be just friends? And with every other page, there is a different answer.

The honest passion to Ansay’s writing is one that I haven’t encountered in a while, one that pleasantly reminds the reader that it’s okay, at times, to be a little earnest. It is Ansay’s dedication to truth, both emotional and historical, that keeps the novel from reading like a stale formula of past and present, but rather a story that is very much alive, rich with imagery and text, transcending boundaries of time and narrative.

– Read excerpts from Good Things I Wish You.

– In this author’s statement, A. Manette Ansay talks about why she was drawn to Clara Schumann’s story.

– Here are some online interviews with Ansay: a podcast from a 2009 interview with Barnes and Noble; video discussion of Blue Water on bookwrap; a 1999 interview on Beatrice (discussing Midnight Champagne).

– Buy A. Manette Ansay’s books from your local independent bookstore 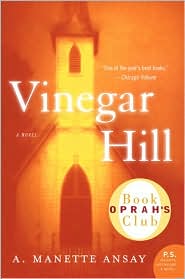 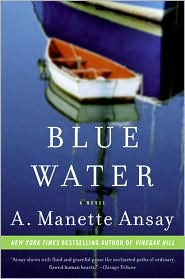 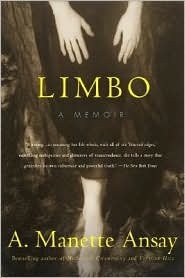 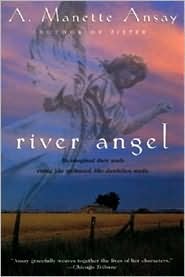 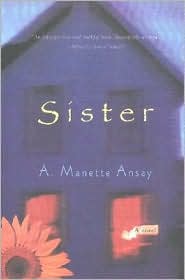