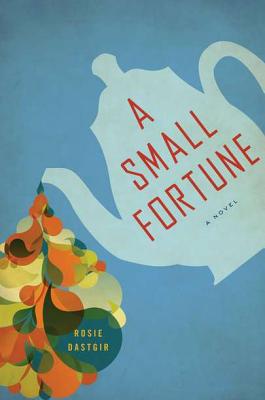 Rosie Dastgir’s deeply satisfying first novel, A Small Fortune, concerns an extended Pakistani family in contemporary England. The nebbish-y, unemployed Harris, divorced from his oh-so-critical British wife and deposed as paterfamilias, holes up in the North of England to be near his conniving cousin Nawaz, who the reader will want to strangle more than once.  Assorted relatives, fruitsellers, and mosque buddies move through Harris’s life, along with his thoroughly assimilated medical student daughter Alia. But without a true home, and obsessing over his dwindling finances, Harris is all at sea, running a small shop that has the better of him.

In the geography of literature, novels about immigrants serve as estuaries. Harris and his clan inhabit liminal neighborhoods where the life-stream of the old ways fans out in tributaries, separating traditionalists from assimilators, fundamentalists from moderates, and in this case, father from daughter and cousin from cousin.

When a windfall comes in the form of his final divorce settlement, Harris is overjoyed but sleepless, and vows to use the money for the benefit of others. Dastgir’s abilities come to the fore in portraying an impulsive man at once entirely sympathetic and woefully challenged when it comes to wise choices. Instead of giving the money to a poor cousin back in Pakistan to whom Harris feels indebted for his good life in England, he acts upon immediate obligation. He gives the entire amount to the least deserving person he knows.

The conflict brews. Harris is appalled by his daughter Alia’s live-in English boyfriend, and by her failure at medical school. There’s his heart condition, which he milks for attention; his wealthy, ruthless friend Omar; and the widowed Dr. Farrah, the secular-minded, feminist love interest who chafes at Harris’s moral traditionalism. The once-elegant Harris is faced with a choice: adapt or fade into irrelevance.

Harris is not the only character pressed on every side. The novel is deftly told from multiple points of view, gliding from Harris to Alia to Dr. Farrah and, as Dastgir casts an eye at post 9/11 realities, to Rashid, the uncomfortably Anglicized adult son of the poor cousin back home. Rashid, first roped in by Harris to “keep an eye” on Alia’s personal life, soon falls under the sway of an Imam with dubious motives. 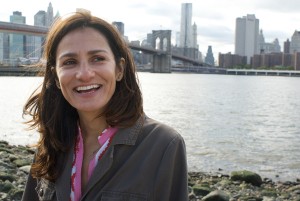 Dastgir’s control of the plot does not waver when the stakes are highest; more impressive, her characters remain fresh through crisis and denouement. When Harris falls out with Farrah over Omar’s role in her husband’s death; when Alia and Harris must choose to accept one another or be parted; when Rashid realizes that the Imam he serves has placed a metaphorical noose around his neck, Dastgir follows the braided, conflicting streams of loyalty, tradition, and extremism with great compassion and gentle humor. Readers will cheer for characters who are almost more real than the actual people around them.