"One of Doyle’s strongest attributes is his ability to meander between genres."

Scoundrels Among Us, by Darrin Doyle

"Doyle isn’t simply writing a story of bad men behaving badly but rather delves deeper into the wicked minds of these men increasingly poisoning our nation on the whole": Michael A. Ferro reviews Darrin Doyle's new collection, Scoundrels Among Us, out 10/2 from Tortoise Books.

Men behaving badly have taken the center stage during the #MeToo movement of the last year, and rightfully so. Perhaps that is why Darrin Doyle’s new collection, Scoundrels Among Us (Tortoise Books), feels not only timelier and more pertinent but also that much more engrossing to read. Our culture has finally turned its long bling eye upon those men around us who skirt the rules, shun morals, and give masculinity a bad name. And in Doyle’s new collection of gritty, wildly original short stories, we get an up-close look at some pretty unusual dudes. 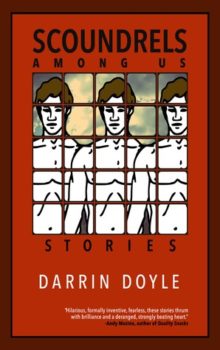 There are 29 stories in Scoundrels Among Us, some shorter than others but each presenting its own unique—and often nefarious—charm. One of Doyle’s strongest attributes is his ability to meander between genres, from the introspective, quotidian stories of everyday suburban life to the wildly fantastic, as in the collection’s strongest piece, “Dangling Joe.” In it, an apparently content, Asian-looking man wearing a fine pinstriped suit is spotted floating helplessly high up in the sky by bystanders in the city far below. Throughout the story, Dangling Joe, as he becomes known, doesn’t do much of anything himself, but the far-reaching reactions of those watching intently from below, as well as the government and media reaction, says a lot about who we are as a country and where our society currently is and where it is headed.

As the media coverage heats up over the strange case of “Dangling Joe,” Doyle gives the reader a glimpse inside the machinations of our own selves through conservative television braggadocio:

“How do we know he’s not a spy for the Chinese government?” His face during this particular broadcast had lost its usual orange glow. In its place was a fiery red that practically emanated heat from people’s TV screens. “He could have cameras and recording devices stuck everywhere on his body, sending classified information to his leaders, and here we are treating him like a damn hero!”

Passages such as these highlight a world that we currently reside in—one filled with paranoia, overt suspicion, and doublethink logic. Less important is the outright fantasy of the story itself; the true crux of its fine point is in its apt critical commentary. 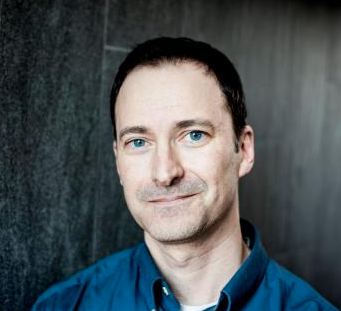 “Possibilities and Considerations” takes another look at the current political turmoil in the United States. This time, the main story serves as a smorgasbord of “food for thought” with tiny unnamed stories within the larger narrative, one of which is about a pickle that goes missing from inside the White House. Here, Doyle showcases his knack for absurd hilarity while never relinquishing his hold on our attention where current events are concerned. While the story-within-a-story is short, it perfectly captures the growing sense of satire that has become our new reality in 2018, all while focusing the spotlight on a dimwitted male president turning the country upside down, spending insane amounts of money, all in the search for a simple pickle.

But Doyle doesn’t shy away from the more true-to-life areas of our world. With the same care and craft, the author captures something as benign as the “comedown” after a fun boating trip between three male friends in “Three Men on a Boat,” highlighting with exquisite detail that special low mood that comes with a rising sun after much frivolity:

But inevitably, quietly, the sun will rise, ushering the darkness to its hidden corners. Revelers will blink as if waking from a dream. In silence they will gather their belongings, avoiding each other’s glances, abashed by the intimacies of the night. Into the morning air they will depart.

While “Three Men on a Boat” offers a quieter vision of maleness, never is the true damage of our society’s problem with toxic masculinity as clear as it is in the title story. Here, a motley crew of terrorizing, brutish men take over a small, pleasant town with the intention of taking the mayor’s head as a prize. The lead brute, who has named himself “Cunt” as a boorish reminder of where he comes from, engages the mayor in a tête-à-tête that is both revealing and surprisingly human. Doyle isn’t simply writing a story of bad men behaving badly but rather delves deeper into the wicked minds of these men increasingly poisoning our nation on the whole. After the story’s twist ending, the reader may not feel much better about any of these men, but they will surely have a better understanding of where they come from and what fuels them.

In all, Doyle has presented us with a collection that entertains, fascinates, horrifies, and is rarely short on humor. Delicate subjects are handled with care, and when a story goes off the rails, it is by design—and for the reader’s benefit. The #MeToo movement aims render obsolete many of the fictional men who populate this collection, which would obviously mark a welcome new beginning in America. But for the time being, Scoundrels Among Us serves a compelling and definite purpose.