The Believers, by Zoë Heller

In her latest novel, The Believers, Zoë Heller once again proves herself a master of the unsettling. If conflict is the seed of narrative, then Heller’s storytelling is a Black Forest of strife. Aging radicals Joel and Audrey Litvinoff live in Greenwich Village, a perch from which they still hold sway over their three adult offspring. The Litvinoffs are a messy, complicated family who face a crisis when Joel, the patriarch, suffers a stroke in the middle of a courtroom--while defending a man accused of a terrorist plot; his stroke uncovers the family’s dissatisfactions. 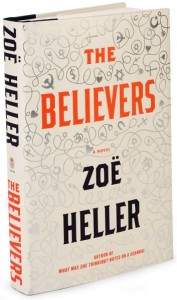 In her latest novel, The Believers (Harper, 2008), Zoë Heller once again proves herself a master of the unsettling. If conflict is the seed of narrative, then Heller’s storytelling is a Black Forest of strife. In her previous novel, What Was She Thinking? Notes on a Scandal, Heller plumbed the dark recesses of human motivation, and the thin lines between love, obsession, and hatred. The devilish antihero of Notes on a Scandal, Barbara Covett, launched Zoë Heller into the limelight, and the subtly drawn portrait of a family crumbling under pressure in The Believers proves her worthiness of it.

Aging radicals Joel and Audrey Litvinoff live in Greenwich Village, a perch from which they still hold sway over their three adult offspring. The Litvinoffs are a messy, complicated family who face a crisis when Joel, the patriarch, suffers a stroke in the middle of a courtroom–while defending a man accused of a terrorist plot; his stroke and its aftermath uncover the family’s dissatisfactions.

As suggested by the title, The Believers deals with allegiance in many forms. Beautiful Rosa Litvinoff stands on the brink of embracing Orthodox Judaism – much to her mother’s chagrin – after losing faith in Marxism. Rosa’s sister, Karla, battles self-loathing, unaided by her oblivious clod of a husband or body image issues. The Litvinoffs adopted their son Lenny as a young boy, when his mother went to prison for armed robbery. In spite, or perhaps because of being Audrey’s obvious favorite, Lenny battles drug addiction and general indolence. Heller writes best within the twisted logic of characters who are their own worst enemies. Even a casual reference to a thoughtless gift to Joel’s mother seethes with pathos:

Hannah’s fiendishly expensive and complicated recliner had been a gift from Joel on the occasion of her ninetieth birthday. It was equipped with five angles of repose and three modes of massage, none of which Hannah knew how to operate. Consequently, a substantial portion of her waking hours was spent riding helplessly back and forth in its rigid velveteen clutches, furiously refusing all offers of assistance.

This passage also illustrates Heller’s agility toeing the line between wry observation and a withering deconstruction of human motivation. A streak of perversity runs through all the Litvinoffs: a man who gives his 90-year-old mother the equivalent of a Gordian knot, the elderly woman who devotes her remaining time to an impossible riddle. 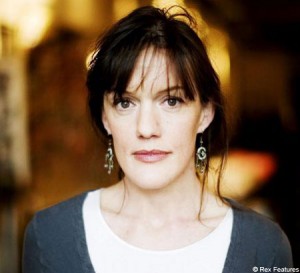 Heller’s language rewards the reader with unexpected turns. When Lenny enters the novel, his magnetism for Audrey needs no further explanation: “He was a tall man with a boyish, delicate face. Were it not for the gap between his two front teeth and the slight droop in his left eye, he would have been pretty. As it was, his raffish imperfections tipped the scale and made him beautiful.” That final “beautiful” feels neither given nor forced, only right. Likewise, Heller often gives her characters over to willful difficulty. Rosa tries to protect Karla from Audrey’s biting criticism about her weight, but Karla secretly enjoys the abuse: “[T]here was something in the brutal candor of her mother’s sallies that pleased her. Her mother was right on: no one else would say such things to her.” It’s the attention Karla craves, never mind the reproach.

The above is but an inkling of the verbal abuse in the novel. The Litvinoffs often behave like a pack of wolves sparring over a kill. So accurately does Heller depict family dysfunction, it can be downright chilling to see yet another dinner unravel, or yet another fight erupt between Audrey and whoever is careless enough to cross her. Though Joel Litvinoff is the silent force of family, and thus the book, Audrey steals the show with her dominant voice. And all the family members are fascinating in their own way; even Rosa (in the thrall of orthodoxy) is compellingly drawn.

Among many things, The Believers is a meditation on a marriage facing the fact of mortality and the legacy of a larger-than-life man. In a book full of conflicted personalities, Audrey epitomizes a woman of such force that other characters continually underestimate her. They miscalculate her selfishness and cunning, certainly, but also her capacity to change and surprise. For Zoë Heller there are no simple villains: no one in The Believers could be mistaken for a hero, but her characters prove incredibly seductive. Along the way one becomes mesmerized by the story, enthralled by the Litvinoffs as much as these family members are with themselves.

– Read an excerpt from Chapter One of The Believers. Here’s another excerpt on NPR’s website.

– Here’s a recent interview with Heller on The Millions. This profile of Heller in the NY Times includes a discussion of “sympathetic characters,” a topic Heller also discusses in this NPR feature.

– Read Heller’s previous novels, What Was She Thinking? Notes on a Scandal and Everything You Know.

Buy What Was She Thinking? Notes on a Scandal from an indie bookstore.

Buy Everything You Know from an indie bookstore.

– Here’s a preview for the film adaptation (from 2006) of Notes on a Scandal (2006 – directed by Richard Eyre; starring Judi Dench and Cate Blanchett):