"Readers will find The Female Complaint a thought-provoking, mind-sticking anthology with many distinctive authors and characters with strong voice."

The Female Complaint is the fourth release by Shade Mountain Press, a small press with a big mission: to address the imbalance of men to women in literary publishing and to publish “literature by women, especially women of color, women with disabilities, women from working-class backgrounds, and lesbian/bisexual/queer women.” Edited by Press founder and author Rosalie Morales Kearns, this capacious anthology contains thirty-five stories organized in five sections (Resistance, Solidarity, Entanglements, Mother Figures, and Transformation). Authors represent each of the targeted under-published populations, and styles range from realistic narrative to fabulist-speculative. These new, contemporary stories continue in the tradition of feminist literature: spotlighting, challenging, and protesting the status quo.

The title of the first story, Sarah Marian Seltzer’s “Ironing,” is an evocative homage to Tillie Olsen’s “I Stand Here Ironing.” Seltzer’s teenage protagonist Esther is dissatisfied with her “chia pet” hair and her body: “…a small puddle of belly now spilled out over her bikini shorts. She should do sit-ups. Yes: she had to iron herself out from top to bottom.” Esther irons her hair, a gesture of self-hatred but also rebellion. The result disappoints her: “the effect looked off, as if her head were straining against a leash” and she arrives at a poignant double insight: her effort “…felt filthy: a betrayal, a waste. But she felt she’d have to make it again, to flatten and press things down until they burned at the edges. How endless, how exhausting this would be…”. 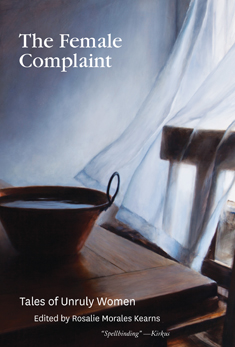 Another resonant story concludes the collection: “Devil Take the Hindmost,” by editor Rosalie Morales Kearns. This apocalyptic vision of the imagined near-future calls to mind Margaret Atwood. Pilar, a black-listed Forest Service scientist has been reassigned to solitary, irrelevant research on White Mountain. The region’s disaster siren sounds and, following protocol, Pilar evacuates and drives to the designated shelter site, but she is denied access by the unseen Powers that Be, who refuse to recognize her credentials. Alone in the forest, she encounters a cult of feral people. Drawn into their dance ritual, she intuits a shape-shifting, time-bending future and glimpses “a flurry of movement out of the corner of her eye, a ragged sleeve, a wisp of uncombed hair, her own self dancing past.”

Kearns, as she explains in the introduction, chose the title for The Female Complaint because “the term evokes nineteenth century patent medicines. It hints that femaleness itself is some kind of malady. It speaks to the patriarchal tendency to dismiss outspoken women as complainers.” The editor sought stories that navigate “that fine line between anger and laughter; they hint at something better.” It’s a difficult line to tread. As in any lengthy anthology unified by theme, a dominant tone emerges─here, more rage and plaint than humor and celebration. That the preponderance of these stories fall on the side of anger rather than of laughter is not surprising given the painful lived experience of the doubly or triply marginalized and dis-enfranchised. However, several stories do meld anger and laughter, such as Karen Stromberg’s witty flash “The Last Man on Earth” and Dawn Knox’s stealthy “Revenge on A Plate.”

“All comedy is about serious things,” playwright Michael Frayn said recently in The Wall Street Journal (January 6, 2016). Reading this collection reminded me how difficult it is for authors to balance the line between anger and laughter. I recalled revered children’s writer Beverly Cleary and her most furious and joyful creation: Ramona Quimby. Ramona struggles and suffers, often at odds with herself and the oppressive world and expectations of family and school. She is angry, funny, vulnerable─and transcendently funny and resilient. What sort of woman would Ramona have become? Would Ramona’s defiant vigor have endured? Cleary turns one hundred years old in April. What stories of an elderly Ramona might centenarian Cleary tell? Cleary’s autobiographies (A Girl From Yamhill, My Own Two Feet) reveal the author’s life included her share of struggle; her work is her victory─she navigates that tightrope between anger and laughter. And although older female writers are not specifically identified by the Press as one of its targeted under-published constituencies, happily the anthology does contain both some older writers and older protagonists, seeing the world with wit and wisdom.

Readers will find The Female Complaint a thought-provoking, mind-sticking anthology with many distinctive authors and characters with strong voice—“feisty, unruly, indomitable,” as Kearns promises in her introduction. The Female Complaint makes a valuable contemporary contribution to the canon of feminist literature, and furthers the Press’s objective to publish “work that’s politically engaged, challenges the status quo, tells the stories that usually go unheard.” 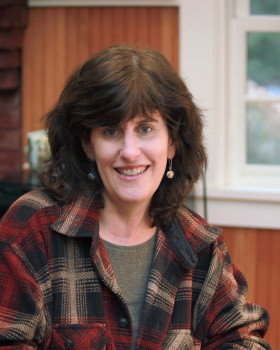