The Peripatetic Coffin and Other Stories, by Ethan Rutherford

The Peripatetic Coffin and Other Stories (Ecco), Ethan Rutherford’s fine debut collection, is part realism, part satire, part historical reclamation, and part dystopian prophecy. Of the eight stories in this collection, half tread in domestic realism, while half, give or take, are tales of survival. 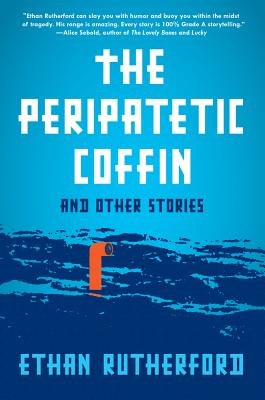 The Peripatetic Coffin and Other Stories (Ecco), Ethan Rutherford’s fine debut collection, is part realism, part satire, part historical reclamation, and part dystopian prophecy. Of the eight stories in this collection, half tread in domestic realism, while half, give or take, are tales of survival. The latter tend to chronicle impossible nautical missions—or the dystopian equivalent—where the central conflict hovers around man versus nature. Thus, we get to watch grown men blunder about. In fact, most of these stories feature men or boys in the act of various degrees of blundering—from the comically absurd to the hopelessly stranded to the stubbornly unaware. And the book is rife with nautical lingo and gadgetry. We encounter, cover-to-cover, submarines, sailboats, rowboats, paddleboats, dinghies, ships, and an impressive number of nautical vessels of all types in distress—six or seven, possibly eight depending on how you count them.

The book opens with the title story, a reimagining of an underdog crew of Confederate soldiers who have volunteered to man the H. L. Hunley, the first submarine commissioned for war. Based on an actual Confederate sub of the same name, the Hunley has an atrocious record of killing its crew. Ward Lumpkin, our despondent, wobbly-legged narrator asks, “What kind of person signs up for duty aboard a self-sabotaging vessel that has failed—spectacularly—almost every meaningful test it has ever been given?” This is the question the story sets out to answer. The type of person, of course, is Ward himself, and his like-minded crewmates. Do I believe the actual men of the Hunley were self-deprecating jokesters? Does it matter? Not for this reader.  Because Ward’s humor amid the tragedy is appropriately balanced, his sarcasm doesn’t undercut the emotional import.

Further, the key word in Ward’s question is duty, because duty is what the men of the Hunley are trying to fulfill, as is the case with many of the protagonists in this collection. They’re trying to be soldiers, friends, husbands, sons, fathers, camp counselors, shipmates. As for this story, I can see why Alice Sebold selected it for The Best American Short Stories 2009; both witty and lyrical, it’s a bittersweet heroic tale that lingered with me for hours after reading it. I sympathized with Ward and his ill-fated crew for their ingenuous will to carry out their duty, regardless of cost.

While the survival stories are all first-person narratives that slip, perhaps too frequently, into the awkwardly unreliable “we” voice, the domestic stories are third-person accounts that treat the characters as individuals, mostly. I say mostly, because one exception is the pitch-perfect, soulful story, “Summer Boys.” We experience the relationship of two boys in the summer following fifth grade. The boys are so intent on mimicking each other they practically become one another. Together they ride BMXs, collect Garbage Pail Kids, and emulate the NFL gladiator of the time, Brian Bosworth, with his “hair from the future.” This, it seems to the boys, is the way it must be, forever. Most readers will relate to the fragility of friendships at this age, which is where the story derives its tension. We are waiting for something to disrupt the harmony. That something arrives in the form of an older cousin, a boy from the opposite bank of puberty. Suddenly he becomes the object of the boys’ affection, and the story opens to a host of new possibilities. This is what I enjoy most about Rutherford’s domestic stories: along with being confidently aimed, they feel utterly unbound. Once the stage is set, anything seems possible. In “Summer Boys,” Rutherford explores the fabric of genuine experience, capturing perfectly the naiveté and the sexual stickiness—cue the deceptively labeled VHS tapes—of a particular type of boyhood.

The other domestic stories tend to clip along as bona fide page-turners. “John, for Christmas” is the complex story of two parents—Joan and Thomas—dealing with their mentally unstable son, John, who is driving home from college. As they await his arrival, Joan struggles to understand why the men in her life have, in their own ways, grown cold toward her, while her husband drifts toward Sarah, the younger woman renting the apartment above their garage. The family is on the verge of fracture. Starting with the threat of John’s arrival and Thomas’s misguided crush, the story evolves into a tense quadrangular relationship. It is Rutherford’s ability to manage this relationship, giving careful attention to each character, which allows the story to build seamlessly toward its unsettling end. Through the character’s actions (and reactions), we witness the quadrangle deform into something that more so resembles a busted window frame.

For the other page-turner, “The Broken Group,” Rutherford swaps the quadrangular relationship for a few triangular ones. After an argument between eleven-year-old Robert’s parents, father and son end up sailing their boat back to port alone, while Mom and sis ferry home from a nearby island. The story is careening into sentimental waters when Rutherford yanks the wheel. From the boat, Robert notices a disheveled man on the beach of an uninhabited island. Here, the fictional machinery is at work. This man is the kind of character Charles Baxter would refer to as a “Captain Happen,” a character who arrives for the purpose of making things happen, to give the story an adrenaline boost. So the moment Robert’s father decides to help the man, the story bursts with mysterious possibility, and soon we find ourselves in dark coming-of-age territory.

Interestingly, this story straddles the boundary between what I’ve been calling the domestic and survival stories. Although father and son are on a voyage during family turmoil (domestic), we sense the possibility of extreme physical danger (survival). Early in the story, Robert makes the embarrassing mistake of letting the anchor chain slip through his hands, so we wonder if he’s ill-prepared as a crewmate. Then we learn of the gale-force storm that has blown through; so the sea becomes charged with menace and unpredictability. Unlike some of the other survival stories, this story doesn’t turn to humor or sarcasm to relieve the tension, and there is a much better chance that our protagonists will survive. We possess more than a shred of hope for them, which allows a reader to invest in the outcome.

Lack of hope can be an issue in some of these stories. At times, though largely entertaining, the survival stories can stall in their hopeless scenarios. They tend to be slow burners, wallowing in a character’s daily labor. I found the visionary “Dirwhals!”—a semi-epistolary, dystopian nod to Moby-Dick—a tad toothless in the way of a story that depends perhaps too much on a clever idea. The narrator logs letter after letter to his distant sister, dipping into a past that once was. By the end, however, Rutherford manages to infuse it with enough earthly doom, enough tragic prophecy, to reveal its tender heart.

And in “Camp Winnesaka,” another survival story of sorts, forget tenderness altogether. Here we experience the largest tonal shift of the collection. It’s a cute satire about a camp counselor who carelessly amasses camper fatalities as he deals with the theft of their mascot, Moosey, the moose head. The narrator, trying to explain the death of a camper named Ward (not the Ward of the title story), says:

The night was very dark, remember. And this was…well, they didn’t find Moosey. I’m not even sure how far they got. And Ward, it’s possible he wasn’t wearing a life jacket. Or maybe he was wearing it backward. There’s a chance that—I mean, it’s hard to say what really happened.

These narrative hesitations can be clunky as characterizations, since the narrator so blatantly announces his culpability. The story, however, does have its successes. Namely, it makes a decent argument for the absurdity of how blame is deflected during war (think, “mistakes were made”). It brings to mind George Saunders’s Iraq War satire, “Adams,” where a threat between neighbors escalates into full-blown paranoia. 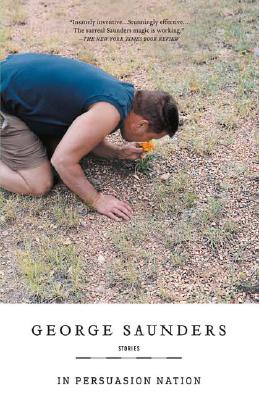 For all the variety in these stories—tone, subject, pace, etc.—the collection feels, without question, cohesive. The themes complement each other; the assemblage—order and variety—is cleanly balanced; and the recurring nautical settings provide a unifying stage for the narrative action. At times, some of the stories feel constructed, like machines wound up for the purpose of telling a story. But there are plenty that unfold organically. “Summer Boys,” for example, feels particularly authentic, as if Rutherford were uniquely positioned to tell us the story. This could explain why we don’t detect, or even care to detect, its fictional machinery.

Sentence-by-sentence, Rutherford has proven his craft chops. Near the conclusion of the inventive story, “The Saint Anna,” a historical piece inspired by the journals of an early twentieth century Russian expedition ice-locked in the Kara Sea, Piotr Bayev says, “We tell ourselves that when stretched so thin, men will shame kindness and become unforgiving. That survival itself is a form of grace.” The collection is full of beautiful sentences like these, and in this impressive debut, Rutherford has proven his grace as a storyteller.