"So what in the world can it mean for an omniscient narrator to be unreliable?"

Robert Boswell's new novel adopts an unusual point of view: unreliable omniscience. And though the author's execution of this bizarre form is provocative when it finally culminates, that’s not the reason Tumbledown is such an absorbing read.

“There are two types of writers,” Robert Boswell told a room of graduate students at Oregon State University in May. “The ones who keep writing the same book, and the ones whose books are all different. I try to be the second kind.”

And how is Boswell’s seventh novel—Tumbledown, released this week from Graywolf—different from the others?

“The point of view is unreliable omniscience,” he said. “I don’t think that’s ever been done. If it has, I’ve never seen it.”

The two words, unreliable and omniscience, hardly seem to fit together. If a narrator is all-knowing, how can that narrator be wrong about anything? Boswell’s execution of this bizarre form is provocative when it finally culminates, but that’s not the reason Tumbledown is such an absorbing read.

The novel’s action centers around James Candler, a thirty-three-year-old counselor who is in line to take over Onyx Springs, a center for young adults with mental challenges near San Diego. The drastic promotion has encouraged Candler to live beyond his means both financially and emotionally—and even morally. While he races his “absurd” Porsche Boxster on his morning commute and prepares to marry a gorgeous woman he barely knows, a former patient of Candler’s from a different facility begins to infiltrate his life. This is Elizabeth Ray, formerly known as Beth Wray, aspiring actress and part-time prostitute: “Beth Wray sounded like Death Ray, and that was the effect she intended to have on audiences: a fatal device from the conceivable future.” She now goes by Lise, “pronouncing it like a rental agreement,” and has spent the last several years quietly loving and stalking James Candler.

Over Candler there hangs a foreboding promise of ruin. The story opens on “the day James Candler would come unhinged,” as the narrator describes it. And even if that doesn’t come to pass quite as spectacularly as the line suggests, there are clear signs that he is living an untenable life. On his morning commute, for example, the Plymouth he’s racing in his Porsche flips and crashes behind him on the freeway. Candler arrives to work disturbed and doesn’t know how to handle himself:

Clay Hao had warned him that here would be days when his personal life interfered with his professional composure. He had offered advice but Candler could not remember it. Relax? Concentrate? Take a slug of whiskey?

He ends up confessing his transgressions to an old tractor with headlights like T. J. Eckleburg’s eyes. This is clearly not a man headed for glory.

The humor in this kind of action begins to signal the distance between Boswell’s droll narrator and his desperate characters. The prose is likewise charged with wit and playfulness. Often this comes from bull’s-eye descriptions and metaphors, as when Boswell depicts the Porsche’s cover as “a giant windbreaker to be daily stretched over its glistening body, a chore roughly as difficult as dressing a dead man.” At other times it comes from his perception of irony and absurdity, as when the man who advised Candler to buy his Porsche also advises him to avoid the unnecessary mileage of driving the car to work: “To which Chandler responded, ‘How am I supposed to get there?’” Sometimes it comes from little games of language or syntax, as when Boswell writes that a band called the Lawn Chairs “ultimately folded,” or when he organizes a parent’s eighteen-line letter into a single sentence of rolling clauses. And often it comes from the pretenses and illusions of the characters, as when Beth Wray asks, “If you don’t have sex for three years, are you a virgin again?”

This is one way the narration might be considered unreliable. The novel mostly operates in traditional omniscience, with the narrator pronouncing general truths and then disappearing into the consciousness of whoever is carrying the point-of-view torch. Those characters become de facto narrators, and they have such flawed perception that their judgments are often unreliable: “Every month or two Lise searched online for James Candler. She was not obsessed with the idea of seeing him again.”

That doesn’t mean, of course, that the narrator reports those judgments unreliably. So what in the world can it mean for an omniscient narrator to be unreliable? It’s a difficult concept to comprehend. Typically, unreliable narrators are characters within the stories they’re narrating, and the author shows them to be unreliable by creating discrepancies between what the narrator tells us and what we see for ourselves. If, for example, a first-person narrator declares himself sane, then claims that an old man’s heart was beating so loudly that it might have woken the neighbors, we have two contradictory messages. One indicates sanity, the other lunacy. But we trust what we see for ourselves (the lunacy) no matter how adamantly the narrator insists otherwise. In this way, his storytelling becomes unreliable.

But if a narrator is truly omniscient, how could he make a mistake as drastic as applying the label “sane” to a character like this one, from Edgar Allan Poe’s “A Tell-Tale Heart”? Wouldn’t that challenge the very nature of the omniscience? And anyway, what value would it have to the story? In first-person stories, unreliability can tell us a lot about the character narrating. Blindness can come from any number of sources beyond insanity: love, arrogance, shame, faith, lust, hunger, or even, as we all know, just a desperate need to urinate. The narrator’s particular form of blindness tells us a lot about who she is and what her troubles might be. But how can this be true for a disembodied third-person voice? 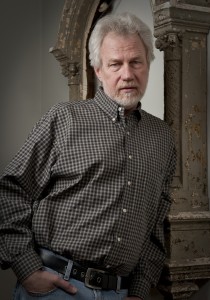 Boswell gives little hints along the way, as when he intimates that some days “even the voice of god carries a dubious tremor.” Another comes when he writes that Candler’s navigation system “provided perfectly omniscient directions” on a day that Candler repeatedly ignores them. “Recalculating,” the navigation voice keeps confessing. This is important, as Boswell also suggests that the very nature of omniscience has shifted as modern society has come to trust difference sources: “At one time the province of the gods and later the dominion of science, omniscience was now the property of technology.” And we all know how reliable that can be.

The ultimate point, however, seems to be that any claim to omniscience is a charade. When he must put together a formal evaluation of a soldier who doesn’t want to be redeployed, for example, Candler writes:

I need not only weeks of examination but something like an omniscient understanding of his psyche, and I would need the same all-knowing comprehension of the conditions of the war, and, for that matter the reasons for war. While I am accustomed to assuming this type of role, in terms of the client’s situation, I am feeling a tad uncertain or unreliable.

And Boswell applies this logic even to his own omniscient storytelling. Throughout the novel, he develops many instances of doubling. Lise dreams about sprouting a second head, which vies for control of her body. Candler’s fiancée has separate wardrobes and personalities for her professional and personal lives: “I’m two people,” she says. A schizophrenic boy at the facility has two distinct personalities, the turbocharged one when he skips his meds, and the slow, foggy one when he takes them. Even Candler’s childhood corgi “was really two corgis”—the original that was put to sleep and the subsequent one that replaced it.

This culminates with the novel’s ultimate doubling. Yogi Berra, a Yankees catcher from the 1950s, is purported to have said, “When you come to a fork in the road, take it.” Boswell seems to have followed this impossible advice at a crucial narrative fork regarding the fate of the schizophrenic boy—he takes both paths. This calls into question all kinds of narrative aspects, perhaps most distinctly what happens, but also how the narrator can reliably report two contradictory storylines. In this way, Boswell’s omniscient narrator becomes truly unreliable.

The success of such a move is sure to be controversial, and Boswell addresses this in the text near the end, just after adding the second path to the first: “Readers encounter the impossible in vastly dissimilar ways. Some throw the goddamn book across the room and curse the author by name.” He is talking about his own book, his own name, his own impossible narrative choice. This metafictional pursuit isn’t nearly as interesting as the story from which it arises, but in a novel filled with character limitation, it’s a worthy point: Even the gods are fallible, and so are those promoted to their stature, such as omniscient narrators and the authors behind them. 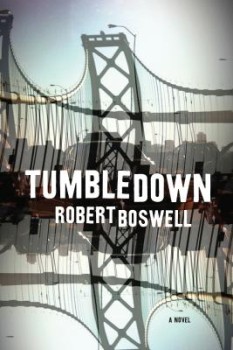 The character limitation comes largely from the patients at Candler’s center, who also receive point-of-view sections. Also figuring in are Candler’s childhood friend and Candler’s sister. In one way or another, all these characters are in over their heads, just as Candler is. The friend is set up with an overseer’s job he seems destined to bungle. The sister’s poor sense of direction prevents her from ever finding her way around town. For many of the patients, ordinary life is challenging enough. Part of their treatment involves assembling pantyhose boxes at a sheltered workshop, where they endlessly pine for and badger one another. If they can make it through a workday without shattering windows or masturbating publicly, that day is a success, never mind how much work they get done.

Learning the idiosyncrasies of these characters and watching them interact is both entertaining and engaging. The novel’s action bogs down a bit in the second half when Boswell begins detailing the minutia of their thoughts and histories, but the tenderness, innocence, and camaraderie from this ensemble will keep you sympathetic and invested. All the characters, the impaired as well as the competent, love and reject each other without fully comprehending their actions, and that’s what the novel is really about, regardless of its form.