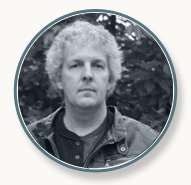 Steve Hamilton is a brightly decorated mystery novelist from Detroit. He is the creator of protagonist Alex McKnight, a Detroit-born detective who solves crimes in Michigan’s rugged Upper Peninsula. In a recent interview with Aunt Agatha‘s, an independent bookstore in Ann Arbor, Hamilton dismantles common misconceptions about the process of writing mystery and the genre of crime fiction.

Mystery is widely perceived as a plot-centered genre. One would think that crime fiction authors would be skilled at, and consumed with, the process of plotting, planning, outlining and calculating. However, Hamilton’s writing process is more spontaneous and intuitive. He confesses:

Honestly, all I do is try to figure out a good way to start, something that sounds right. . . . From there, I just keep asking myself, “What happens next?”  That’s all I can do.  I have absolutely no idea where the story is going beyond the next few pages.  I just go and hope I never get too lost.

Much mystery fiction is seen as having high entertainment and commercial value. But Hamilton speaks of the novel as though it is an act of honesty. Emotional, personal ingredients contribute to the tonal and thematic qualities of his work. When questioned about the “steadily darkening” quality of his fiction, he responds:

Part of that is just growing a little older, seeing a little bit more in the real world.  It all comes out in the writing, even if it’s not that obvious or recognizable.  The first book I did after 9/11 was Blood Is the Sky, and I can still look back and see that in the book itself.  Not so much the events, of course, but the feeling I had when I was writing it.

Lastly, far be it from a mystery novelist to avoid esoteric cultural references. Reflecting on Nightwork he comments:

I might have let myself become a little bit too indulgent with the references to jazz musicians who 99% of readers have never even heard of.

Both critically acclaimed and commercially successful, Steve Hamilton shows that the infusion of the popular mystery genre with literary depth and artistry is a wonderful and fulfilling path for a writer. 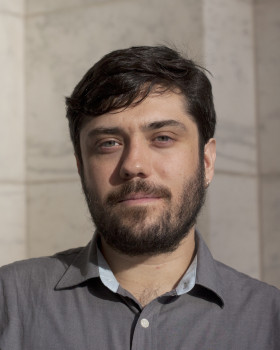 An Interview with Ben Nadler