A Brief History of an Ongoing Series: a guest post by Peter Turchi

Editor’s note: As part of our focus on teaching this month, we’re delighted to present this guest post by Peter Turchi. 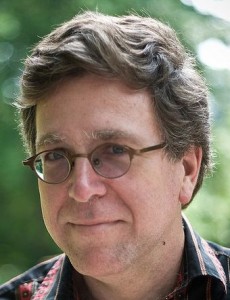 Nearly twenty years ago, when I became director of the Warren Wilson College MFA Program for Writers, I moved into a small office that had been left neat and nearly empty by the previous director. Most of what he left behind were helpful files and books, but under the desk there was also a cardboard box filled with miscellaneous manuscripts, some stapled, some paper clipped, some typed, some covered with handwritten notes and corrections. Months passed before I asked anyone why those pages had been saved. It turned out that they represented an abandoned project—an attempt to make an anthology of a variety of lectures that had been given at the low-residency program’s residencies over the past decade.

The anthology seemed like a good idea for several reasons, chief among them the fact that the program, without anyone’s planning, had encouraged some of the finest teaching writers in the country to carefully articulate considerations of poetry and fiction that they had never committed to paper—in some cases, never discussed or even thought much about. Why did it encourage them to do that?

When the program was founded, at Goddard College, by the poet Ellen Bryant Voigt, it was the first low-residency MFA program in creative writing. There was no model to follow. Her thought was that “everyone would go to everything,” faculty included. This meant Tobias Wolff wasn’t lecturing just to graduate students; he was lecturing to colleagues like Raymond Carver and Richard Ford. Larry Levis wasn’t just explaining his readings of poems to students; he was explaining them to Louise Glück and Stephen Dobyns, to Carl Dennis and Heather McHugh. The atmosphere created a new kind of teaching occasion. While it could have led to a kind of grandstanding, the sort of self-congratulatory erudition one sees at certain academic conferences, it instead fostered a better kind of ambition: Warren Wilson MFA faculty went to great lengths to identify topics they believed to be important and insufficiently discussed, topics that intrigued them; they labored over their lecture texts; they shared the results with students and colleagues at semi-annual meetings on the campus in North Carolina; and then the lectures were discussed, informally, for the rest of the residency, and in the students’ narrative evaluations.

But when a residency ended, its lectures effectively disappeared. They lived in the memories of the people who heard them—some took on near-mythic stature—but they couldn’t be consulted, revisited, or shared. While some faculty delivered versions of their talks at conferences, or as visiting writers, the circumstances of those presentations often meant the material had to be abbreviated or diluted; and the residential, workshop-based programs most of them taught at the rest of the year didn’t provide many opportunities for delivering an extended consideration of an aspect of craft or a particular text. So once I realized what was under the desk, in the box I kept kicking—a greatest-hits collection of lectures from the program’s first ten years at Warren Wilson—I was eager to bring the project—a book of lectures on a variety of topics, written by writers, for writers—back to life. There were problems, though. Some of the manuscripts in that box discussed poetry, some discussed fiction, and no one knew what to do with a mixed-genre craft anthology. Also, since the manuscripts had first been gathered, some had been published; some of the earliest pieces were by writers who no longer taught with the program; and most of the pieces, having been written to be delivered orally, needed to be revised to be effective as essays on the page.

The Warren Wilson program had, in its early years, focused more strongly on poetry; so we decided to start there. The first anthology, Poets Teaching Poets: Self and the World, was edited by Ellen Bryant Voigt and Gregory Orr in 1996. Five years later, Charles Baxter and I followed that with Bringing the Devil to His Knees: The Craft of Fiction and the Writing Life. Up to that point, the idea had been to preserve some of the best lectures-turned-essays, to show people the kind of discussions of craft that were happening at Warren Wilson, and to raise money. (None of the contributors or editors of the program’s anthologies have made a penny; all advances and royalties have gone to scholarship funds, which tells you something about the spirit behind the enterprise.) We started thinking, though, that to represent the program’s work through lectures alone was misleading; so in 2002 Voigt and Heather McHugh edited Hammer and Blaze, an anthology of poems by nearly all of the poets who had taught at Warren Wilson up to that point. Andrea Barrett and I built on that idea with The Story Behind the Story, a collection of stories by 26 fiction faculty, each story accompanied by an essay discussing challenges posed by the piece and how the writer addressed them. Our goal was to move beyond the kinds of discussions available in casual interviews, to have the contributors respond to questions other writers might ask.

The Warren Wilson MFA Program is now 35 years old; nearly 200 writers have taught for it, and a surprising number, inspired by the challenge to articulate their understanding of craft in the lecture form, have gone on to publish books on writing. They include Charles Baxter, Marianne Boruch, Robert Boswell, Carl Dennis, Stephen Dobyns, Michael Martone, Heather McHugh, Michael Ryan, Joan Silber, Debra Spark, Sarah Stone, Ellen Bryant Voigt, Alan Williamson and Dean Young, among others. Thirty-five years. These days, there are about ten lectures in each genre each year (there are also classes, workshops, and seminars called bookshops), so the decade since the publication of those first two anthologies gave Daniel Tobin and Pimone Triplett 100 to choose from for 2008’s Poet’s Work, Poet’s Play, and Andrea Barrett and I roughly the same number of candidates for the program’s latest anthology, A Kite in the Wind: Fiction Writers on Their Craft, published by Trinity University Press. In this new book, we wanted to combine writers who have taught in the program for years (Baxter, Kevin McIlvoy, Karen Brennan, Lan Samantha Chang) with some who have joined the faculty more recently (Anthony Doerr, Stacey D’Erasmo, Dominic  Smith, Maud Casey). But most of all we wanted to gather a rich variety of essays, some bringing fresh perspectives to topics so familiar that we may have stopped thinking about them (as in Wilton Barnhardt’s essay on the many options available within the first person point of view, Megan Staffel’s consideration of change in character, and Robert Cohen’s entertaining contemplation of character names), others adding new topics to the conversation (McIlvoy on imminence;  D’Erasmo on intimacy; Baxter on lushness).

While all of the lectures were revised for the page, we tried to retain some of the oral qualities that made them appealing and memorable. Many lectures at Warren Wilson refer to previous lectures given at the same residency or in the recent past, providing a sense of accumulation and interconnectedness. Maybe someday we’ll return to that idea of a multi-genre anthology, a book that captures that sense of writers listening and responding to one another.

While the anthologies are very much products of a particular writing program, they are intended for a broader audience, one including fellow writers, graduate students, former graduate students, and others interested in studying writing who may be unable or disinclined to enroll in an MFA program. As is true of the other collections, A Kite in the Wind isn’t meant to be a handbook or instruction manual; none of the contributors set out with the intention of restating “rules,” or telling anyone how fiction must be written. The goal is more ambitious, the impulse more generous: to promote and add to an unending conversation—in this case, a conversation about what fiction is, what it can be, how it works, and why it matters. Peter Turchi is the co-editor of three anthologies and the author of five books, including Maps of the Imagination: The Writer as Cartographer, which originated as a series of lectures at Warren Wilson MFA residencies. He is now Director of Creative Writing and Director of the Virginia G. Piper Center for Creative Writing at Arizona State University. His new book of essays is due out next year.