GalleyCat reports the mashup of two of my favorite things: literature and The Simpsons. Sometime in the upcoming season, novelist Neil Gaiman will be an animated guest star on the long-running TV show. In a blog post, Gaiman notes:

I play myself. I play a very different version of myself to the me I played in Arthur, though. For a start, I do not appear in anyone’s falafel. Also, I expect I will be yellow.

The Simpsons has a long history of literary references, from a rendition of Poe’s “The Raven” to a spoof of Lord of the Flies in the episode “Das Bus.” Contemporary literary figures get their share of screentime too: in 2006, Michael Chabon, Jonathan Franzen, Tom Wolfe, and Gore Vidal guest-starred in an episode set at the “Wordloaf” literary conference in Vermont.*

So how do you know you’ve made it as a novelist these days? When you get animated on The Simpsons.

*And leading to a joke only lit-nerds would find funny:
Moderator: My question is, who are your biggest influences?
Chabon: I’d have to say my good friend Jonathan Franzen. I thought his novel The Corrections needed none.
Franzen: Well, in turn, I’d have to say my biggest influence is… Albert Camus.
Chabon: You were supposed to say me. I blurbed you!
Franzen: Yeah, and it looks real sweet on my dust jacket. 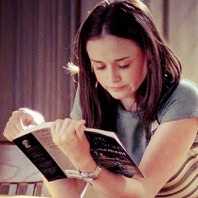 What Don Draper is reading…

Richard Ford on the Colbert Report