Book of the Week: Let the Birds Drink in Peace, by Robert Garner McBrearty 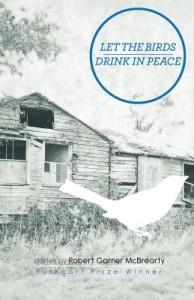 This week’s feature is Robert Garner McBrearty’s new collection, Let the Birds Drink in Peace, which was published last fall by Conundrum Press. McBrearty is the author of two previous collections of stories: A Night at the Y (John Daniel & Company, 1999) and Episode (Pocol Press, 2009). He received his MFA in creative writing from the Writers’ Workshop at the University of Iowa, is the recipient of a Pushcart Prize, was the winner of the 2007 Sherwood Anderson Foundation Award, and has received fellowships from the Macdowell Colony and the Fine Arts Work Center in Provincetown. He teaches at the University of Colorado-Boulder.

In his recent interview with the author, Contributing Editor Steven Wingate speaks with McBrearty about such things as mythologies of the American West, the bravery of small presses, Colonel William B. Travis, and why he feels solidarity with scrappy underlings. When asked about writing novels versus short stories, McBrearty had this to say:

I’ve never gotten any of my novels completely right. They had some good writing in them—maybe some of my best—and in fact I’ve raided sections over the years and used them in short stories, but I think there’s always been some flaw, perhaps structural, perhaps a need to explore more deeply when I felt like cutting away. The short story provides a fairly clear path, once the idea sets in, so it’s easier to get from start to finish without making too many wrong turns, and if one does make a wrong turn it’s easier to get back on track.

I do have a few other thoughts about it. Raymond Carver was asked once why he wrote the short story and not the novel and he said something along the lines of he wouldn’t mind writing a novel but the short story had fit in more with the rest of his life. I feel like that a bit. I know my own level of hardship was substantially less than Carver’s, but my early years always felt kind of chaotic: bad jobs, moving around, and it was hard to sustain larger works. And then the kids came along and there was a lot of distraction there, so somehow the short story always seemed more doable. Now I’m older and the kids are grown and time seems to be opening up more, so who knows? 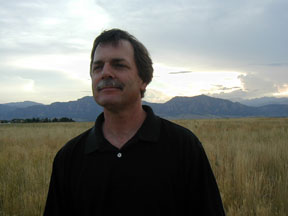