Dispatch from Bread Loaf #2: On Lushness, Irony, and Honesty

At Bread Loaf, the first thing people asked–after “What’s your name?”–was often “What genre do you write?” There wasn’t any great divide between poets, fiction writers, and nonfiction writers, but somehow it seemed important to know. Maybe this is because we tend to think of our genres as very different forms with very different concerns and goals. I can’t count how many times I heard fiction writers say, “But I don’t know anything about poetry…” and poets say, “Well, I don’t get plot.” 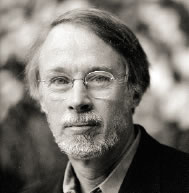 But actually, I think that poets and fiction writers have more overlap than they often believe. A case in point: mid-conference, Charles Baxter gave a lecture entitled “Lush Life,” advocating lush styles in writing. In our current climate, he asserted, we tend to distrust lush styles. We think lushness is overemotional and very uncool; as he put it, “It grabs you by the collar and breathes on your neck.” Yet lushness, Baxter argued, gains its power and heat by compressing two time frames together–as when a character experiences the present moment but cannot bear to let go of the past, and the two merge. It is a style born of fullness. Lush styles, he suggested, “thrive when your heart is full, when you are feeling expansive, when your emotions are overflowing and unprotected.” In short, lushness is the opposite of irony: whereas irony attempts to protect the writer, lushness bares the writer’s heart. 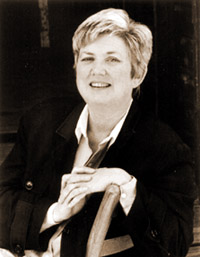 And when I heard this, it dovetailed in my mind with the very first lecture on the Bread Loaf schedule, “Double Talk and Double Vision,” by Ellen Bryant Voigt. Voigt–a poet–argued that we should draw a distinction between irony and ironic style. Ironic style, Bryant noted, appears to be blase in order to conceal–our confusion about the universe, our strong emotions, our earnestness. In contrast, irony reveals, by highlighting a discrepancy in the world and examining it without backing away. “It is not saying one thing and meaning another,” Voigt asserts, “it’s saying two contradictory things, both true.” If ironic style is double-talk, true irony is double vision: seeing something both ways at once.

Both of these lectures, at their hearts, warn writers away from double-speak, disaffection, and protective sarcasm–and the flatness, coldness, and emptiness those techniques so often conceal. Instead, they urge us to embrace multiplicity: doubled timeframes, doubled vision, doubled emotion, doubled meanings. That’s good advice for writers working in an age where, as Baxter puts it:

…we are all being lied to, all the time, by politicians and commercial interests. […] We have been lied to so often under so many different circumstances that skepticism simply seems to be the only survival mechanism in a trashy, duplicitous culture.

And whatever the era, that brittle facade of irony is a problem for another reason. It’s a sign of holding back, of disguising our true feelings and thoughts. It’s timid. It’s stingy. And it’s insincere. As writers, we owe it to our readers and our work–whatever the genre–to be as bold and generous and honest as we can be.