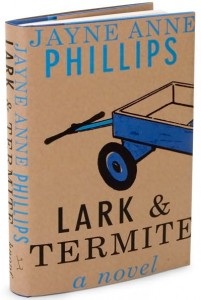 The old adage is right: you can’t judge a book by its cover. On the other hand, the cover still makes a difference. In a recent New York Times essay, satirist/memoirist Joe Queenan has a startling realization:

But in the next room, in the cabinet where I keep my unread books, I was stunned to realize how many of these neglected works were eyesores. Some were bland or ugly because they dated from earlier eras or because they came from England. Particularly ghastly was the 1951 Modern Library hardcover edition of Edward Bellamy’s “Looking Backward,” which looks like a trash-bagged Malevich drawing; a putrid aquamarine collection of Patrick White stories called “The Cockatoos”; and an uninspired 1976 “Portable Dorothy Parker,” adorned with a photo that made Parker look like the least amusing woman that ever lived, with the possible exception of Ayn Rand. […]

It all added up. Until now, I’d thought that I had set these books aside for so many years because they were too daunting or, in the case of Thomas Mann, too dull. Now I realized that what these books had in common was that they were ugly. Really, really ugly.

What to do about your ugly books? You could go all old-school and cover them with a brown paper bag. Or you could avoid the problem entirely by buying pretty books. For new books, check out Amazon’s nominees for Best Book Cover of 2009. For classics, Mental Floss magazine has selected its top 10 “unforgettable” covers of all time, and of course, there’s Penguin’s series of graphic and couture classics.

On Choosing A Font