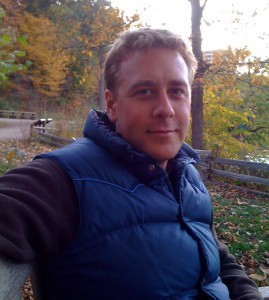 Fiction can change the world. Now that I’ve dropped that lead balloon on my foot, allow me to leave it there temporarily as penance for not only opening with such a clichéd adage, but also a self-aggrandizing one. Worse yet, I believe it. Deeply. Despite how hackneyed a statement, fiction has the potential to change our world. Perhaps not always in the same way as clean drinking water or penicillin, but alter our lives it can. And powerfully so.

James Wood touches on this phenomenon in his essay-chapter “Sympathy and Complexity.” He opens with an anecdote about a Mexican police chief who compiled a reading list for his police force, the goal of which he claimed was to make them “better citizens” (169). In particular, the chief felt that reading would allow his officers “to discover lives lived with similar commitment,” which would thereby make them “more committed to the values they have pledged to defend” (170). In short, he wanted them to put themselves in other people’s shoes, if I might introduce yet another sentimental cliché.

We’re on such soggy ground here, in fact, that Wood feels the need to address the topic, saying, “How quaintly antique this sounds” (170). But I think he’s secretly a devotee, as am I. And others have taken the idea a step further, believing that reading the lives of others can not only make us more sympathetic as individuals, but that that sympathy can be a catalyst for real social change. Specifically, that it might be a part of a peace movement. Because it’s harder to kill people whose literature you’ve read, whose lives have been made real and vividly imagined for you. And so building on this philosophy that books can be an important vehicle for social change, a collective of independent store owners and publishers have recently founded an initiative called “Reading the World” to do just that. Their goal is to introduce American audiences to more international authors, and, of course, the lives of their subjects.

But in order for that work to move us, for us to care deeply enough about the lives of others, we must encounter magic. And where does the magic reside? Language. For this is what creates the world by transcending it. I think it is no coincidence that the essay-chapter “Language” follows “Sympathy and Complexity.” And I also think it is important that Wood points out in the closing of the latter that the most effective work “does not provide philosophical answers…” but instead “gives the best account of the complexity of our moral fabric” (178).

This is exactly right, I think. Because for fiction to truly reach us in a meaningful way, it must be free of agenda. Its goal must simply be to capture what it feels like to be alive. To tap into some sort of consciousness that gives us a new way of seeing the world. And I can think of no better example here to end with than the passage from Marilynne Robinson’s Gilead that Wood quotes. She writes:

This morning a splendid dawn passed over our house on its way to Kansas. This morning Kansas rolled out of its sleep into a sunlight gradually announced, proclaimed throughout heaven—one more of the very finite number of days that this old prairie has been Kansas, or Iowa. But it has all been one day, that first day. Light is constant, we just turn over in it. So every day is in fact the selfsame evening and morning. My grandfather’s grave turned into the light, and the dew on his weedy little mortality patch was glorious. (184)

Wood adores this final phrase: Weedy little mortality patch. And it is a good one. The language is fine, indeed. But it is the preceding lines that I find even more enviable and astonishing. For I shall never envision sunrise or sunset in the same way again, never see the demarcation of day and night as quite so clear. “Light is constant, we just turn over in it.” It is a humbling image.