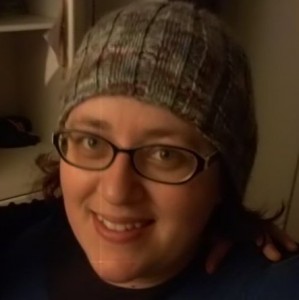 My close friend Anthony once told me during an e-mail conversation that he considered me the modern-day equivalent of Erma Bombeck. I was offended. I think my actual reply was “WTF?”

Anthony was confused. “Erma Bombeck was a great writer,” he typed. “She melded all of this every day experience into something bigger, but she did it by being funny.”

“You’re not that kind of serious,” he wrote.

It went on like this until he said, “You know, I meant it as a compliment, right?”

It took a long time to accept that compliment, in large part because humor writing—especially humor writing about parenting, or single motherhood, by people like Erma Bombeck—is not seen as literary. And I wanted to be a literary writer. I had an expensive MFA to prove that that’s what I was supposed to be.

I came, eventually, to recognize that it took serious skill and craft to use humor well. Humor without purpose is flat—it’s the knock-knock joke or the fart joke. But well-timed, well-placed humor can give the reader a deeper understanding of a character, or a situation.

Humor, too, is one way to get readers to let their guard down and to connect to the characters or situation. As readers, we know that the writer is going to try to get us to feel something, and we’re attuned to those attempts. Sometimes, I think we even resist them. Emotional investment is costly—it exacts a price on the reader and the writer. Humor is one tool to get the reader to invest emotionally in a character.

For example, one story I like to tell of my childhood is the time my mom kept my brother Chuck and me up almost all night playing the longest game of Monopoly in history. I was eight and my brother was seven, and I remember the game going on and on, the radio broadcasting news reports in the background that we didn’t understand. At some point, I realized my mom was sliding money carefully into my pile, and then into my brother’s.

My mom was also plying us with sugar and caffeine. She was the kind of parent who never allowed soda or candy in the house. She made us eat carob. But suddenly there were tumblers filled with Coke, and a bar of chocolate. I remember, too, my mom’s frantic happiness as she rolled the dice, handed out properties and money, and tried to keep us excited.

At some point, probably around 1 a.m., I looked over at Chuck. He was asleep, face down in his pile of money and properties, a ring of melted chocolate around his mouth.

That’s the humor—the expectations of normal life upended, and the results of those changes. By itself, it’s just a funny family story. I always pause before telling the rest. The radio was on because it was broadcasting news reports from the prison where my dad worked as a guard. There was an ongoing riot, and people had died. No one knew who or how many exactly. My mom, just thirty-one, couldn’t bear to feel alone in the middle of the night while waiting for news—any news. So her best solution was to make us play the Longest Game of Monopoly in History—a solution both tragic and comic.

The best humor does that. It reveals a character rather than hides him; it unveils the essence of a situation rather than dress it up. And it does it in a way that makes the reader and the writer vulnerable. At its best, humor is an invitation into the world created by the writer, and it’s an invitation almost every reader will accept. Erma Bombeck knew this. It just took me a little while to figure it out.