Editor’s note: At AWP 2012, which just wrapped up in Chicago, we were thrilled to hear this wonderful story from one of our contributors, Sarah Van Arsdale, and are delighted to share it with you. It’s a reminder of what conferences are really about: fostering community to buoy a writer’s spirit, helping you hang in there through those the hard years when it feels like you’re going nowhere.

2009, Chicago. Attended AWP with the single-minded purpose of finding a publisher for my novel; my agent had tried like hell, and failed to place it. Barely made it to a single panel or reading, too busy shuffling booth to booth, then retreating to hotel room to collapse in a heap of despair. Within twenty-four hours of returning home, had sent copies of manuscript to everyone who’d expressed even the slightest interest.

Back home, heard from James Peltz at SUNY Press. He liked the manuscript! Enough to publish it! But SUNY, like everyone, was feeling the financial collapse, and he couldn’t commit. Corresponded like frustrated lovers for the better part of two years, he a perfect gentleman, saying he wanted to publish the book, but still couldn’t give me a contract, and advising I send it elsewhere in the meantime.

2010, Denver. Still no contract from SUNY, too despondent to attend AWP. Considered going into another field. Stopped writing altogether, knowing, with certainty, this book was dead in the water.

I CONSIDERED OTHER PROFESSIONS

2011, Washington DC. Infused my seriously anemic self-esteem with the encouragement of my friends and went to DC. Trolled the bookfair again, an exercise even more depressing this time, with all those publishers there who’d already turned me down. Process therefore quicker. 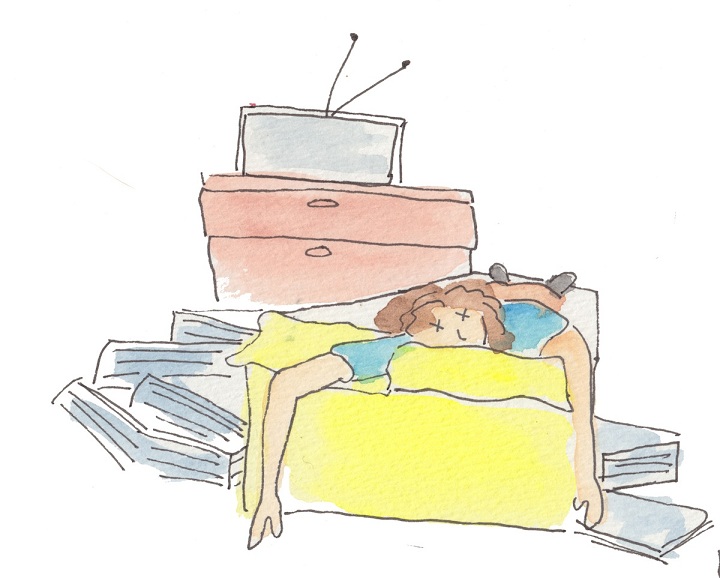 SEARCH FOR A PUBLISHER SOMEWHAT DELAYED BY DESPAIR

Last day of the bookfair, made one last slog to the tables in the further reaches of the basement. And saw it: SUNY Press. Looked down at the carpet. I wouldn’t embarrass nice James Peltz and myself by saying hello, making him tell me again that he loved my book but couldn’t publish it. Couldn’t help but glance furtively at the SUNY table, a little like looking to see your ex kissing his new girlfriend. James Peltz looked up at just that moment. “Sarah!” he said, happily, not in the voice of an editor ducking an author.

“We just found out yesterday,” he said. “We can publish your book! The money has been approved!”

CUE THE DISNEY BIRDS. CUE THE HARPS. CUE MY FRIENDS BUYING ME DRINKS IN THE BAR.

2012, Chicago. With a pub date of April, press rushed to get the book ready for AWP, sent my first ten copies directly to the hotel. The text messages flew among my friends, and one by one they showed up to meet me at the hotel mailroom.

There was a problem finding the box. My books were missing! It would never happen!

And then, there it was, carried down the hall by one Mr. Preachly, the hotel mail room clerk, who ceremoniously opened the box, and then I was holding it in my hands: Grand Isle, a novel.