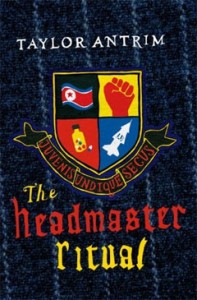 Thanks to Erika/Practicing Writing for alerting FWR to the L.A. Times‘s new “Writers on Writing” feature, which publishes every Friday.

This week’s upcoming installment will the the fifth, but there are already some very interesting essays, including a piece by Taylor Antrim on writing the second novel and last week’s essay by Rich Cohen: “Will Facebook kill literature’s ‘leave the past behind’ themes?”

Read more about (and excerpts from) Taylor Antrim’s debut novel, The Headmaster Ritual, here, and more about Rich Cohen’s books, The Avengers and Tough Jews, here.