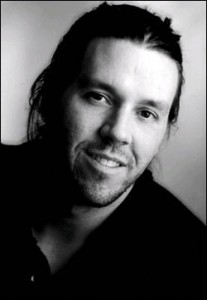 We still miss David Foster Wallace, and we’re not alone.

You’ve edited a lot of great writers—what was the process like with him?

David was wonderful to edit because he was so involved with the minutiae of his work—he had a long explanation for every decision that he’d made, and yet, at the same time, he was willing to rethink anything that didn’t seem to be landing well for the reader. Editing him was sometimes a more painstaking process than editing most writers, but it was a genuine pleasure to engage with his intelligence and with his way of thinking about language, from how it supported narrative trajectory and character development all the way down to the punctuation. He was truly interested in the fine points of grammar, and every rule he broke he broke deliberately, with a specific artistic purpose in mind. Those long paragraphs—as off-putting as they can seem—were entirely purposeful.

The 12/14 issue of the New Yorker offers an excerpt from Pale King, DFW’s last novel, which will be published posthumously in 2011.

And Anne wants you all to know that FWR published a new essay today — “The Real Question,” by Scott Parker — which is both a review of and reflection on David Foster Wallace’s short story “Good Old Neon.” Check it out here.