For the last several months, Harper’s staff, recently unionized, has been in conflict with the magazine’s publisher, John R. “Rick” MacArthur. The disagreements stem from various sources, which have been outlined in two recent articles in New York Magazine, here and here. In short: MacArthur is resistant to other avenues of revenue, including fund raising. Instead, having already cut the size and payroll of the editorial staff, which lost four senior editors and its web editor in 2010, MacArthur is now insisting that it’s necessary to lay off, immediately, two of the magazine’s most experienced editors, one of whom is the magazine’s main fiction editor.

So, Harper’s needs your help! In a bid to demonstrate the value of the Internet and the plausibility of fundraising and to forestall layoffs, the union of Harper’s magazine has created a pledge drive effort that ends on Monday. If you believe Harper’s is a creative, provocative, and intellectually stimulating magazine that brings us some of the finest literary journalism, essays, and fiction being written today, please take a moment to read, sign, and pledge what you can to help save Harper’s Magazine.

We have shown numerous means by which Harper’s Magazine might cut costs and increase revenue without laying off its most skilled and experienced editors, and in particular we have urged the magazine’s foundation to raise funds from outside sources. This possibility has been rejected by the labor lawyers representing John R. “Rick” MacArthur, our publisher. They argue that fund-raising takes time, and that there is no time to be wasted in reducing our editorial staff by two union members.

Yet according to a Harper’s editor, as of Friday night at midnight, the second day of the drive, Harper’s had 700 pledges totaling about $40,867. An article about the situation by Jeff Bercovici in Forbes notes that most of the pledges are for amounts “of $50 or less. (Generally speaking, the broader the donor base, the better, since people who give once are likely to do so again.)”

“For better or for worse, I am the best guarantor of the editorial and political independence of Harper’s Magazine. Our readers know that our financial independence results in uncompromised, quality journalism and writing. I don’t want to take money from people of modest incomes, and I certainly don’t want to accept corporate or foundation money that, too often, comes with strings attached.”

But does opening their doors to a web presence and fund raising truly undermine Harper’s quality, as MacArthur suggests? For instance, the Harper’s staff has argued that The Atlantic has reinvented itself without compromising integrity by establishing an online presence. Might Harper’s also expand its readership by reinventing itself on the web? Currently, online subscribers to the print magazine have access to the online content.

You can also read the letter signed by 84 contributors to and friends of Harper’s, including George Saunders, Zadie Smith, and Barbara Ehrenreich, asking MacArthur to reconsider the layoffs.They write: “We truly appreciate the space Harper’s Magazine has provided for our work and the generosity and commitment you have demonstrated over the past three decades. But we fear that in a publishing climate as precarious as this one, acrimonious staff relations and sustained losses of editorial experience can imperil any magazine.” 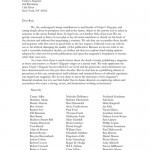 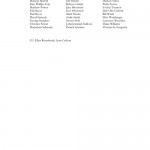 For some background about the situation, including the staff’s recent unionization and attempts to make Harper’s more profitable, accessible, and timely by establishing an online presence, you can read these stories from New York Magazine: