"However disturbing or unsettling it might be, 'A Real Doll' is a coming-of-age story." 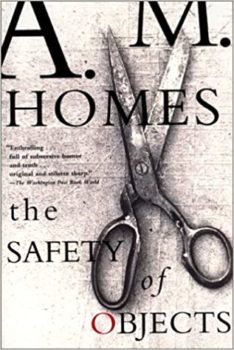 When I was invited in high school over to a senior’s house for a group dinner and movie one weekend, I jumped on the chance because these friends were older (by a year!) and wiser (by an entire grade!), and because they knew things I wanted to know. After dinner, just four of us remained in the house, and it was proposed by the hosting senior that we talk and watch a film I’d never heard of, Harold and Maude. That night, while the hosting senior and his girlfriend engaged in heavy petting on an air mattress someone had blown up and thrown onto the floor, Hal Ashby’s 1971 film played in the den. The fourth in our quartet passed out in the corner La-Z-Boy, but I could not stop watching Bud Cort and Ruth Gordon’s onscreen relationship unfold into something highly disturbing but also beautiful and essential, and I became an instant fan of the cult classic.

This, then, is what it feels like to read A.M. Homes. Whether it’s one of her short story collections (The Safety of Objects, Things You Should Know), her novels (The End of Alice, Music for Torching), or her memoir (The Mistress’s Daughter), the experience is like watching a slow-motion train wreck while someone is tonguing your ear. Someone’s going to get hurt, you think, but I don’t want it to stop.

The first time I read her cult classic story, “A Real Doll,” a mentor and friend gifted it to me. Imad Rahman‘s fiction workshop was actually a place where several of us found works that piqued certain curiosities we hadn’t entertained before, and Homes’ story touched on one of mine from its very first paragraph:

I’m dating Barbie. Three afternoons a week, while my sister is at dance class, I take Barbie away from Ken. I’m practicing for the future.

Homes delivers exactly on her narrator’s opening promise, and we are now perfectly positioned to watch the horrifying results of a teenage boy’s bizarre relationship with his younger sister’s vivified Barbie and Ken dolls. At its core, “A Real Doll” is a work of magical realism. That one asterisk in our physical reality—that these two, manufactured-by-Mattel dolls can come to life and talk and move and interact—is just enough to propel the plot and psyche of the story forward at a blink-and-you’ll-miss-it velocity, and you never get the chance to ask yourself if what’s happening is actually real.

As the story progresses, there’s the subtle masochism and acceptance of how the narrator and his sister, Jennifer, play with Barbie in their respective worlds. The younger Jennifer sees Barbie and Ken as objects through which she can better understand her changing identity, as toys she can control in a world where she has the least amount of it in her family. Jennifer bites Barbie’s toes, for example, because she can. She switches the dolls’ heads around, droops Barbie from the cord of a ceiling fan, but just like it is with so many things, the novelty wears off and the toy is later used for unintended purposes.

I sometimes teach “A Real Doll” in my own creative writing workshops, and I preface it by talking with my students about how we each used to play with our own toys, and why a lot of the play in the story feels familiar. “How many of you used to cut your dolls’ hair?” I ask, and the hands go up. It’s an entry point as a question, and we work our way into the psychology of Homes’ fiction through one-upmanship. One student might mention how they used to throw their Furby down the stairs and try to make it scream. Another would bury their Green Army Men in the front yard and then exhume them days later. I tell my students I used to tie my G.I. Joes to fireworks and try to launch them into orbit. After we laugh and remember and embarrass ourselves, after we let our guard down, the beginning of “A Real Doll” feels almost nostalgic. 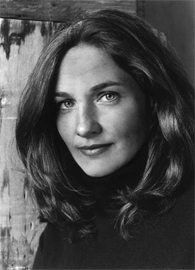 But the teenaged narrator plays with the dolls differently, and he alerts us to his intentions in that same opening paragraph. Barbie appears to be his first idea of what a romantic relationship might look like, and this is a horrifying prospect. To get up the nerve to talk to her, he steals a valium from his parents’ bathroom and mixes it into a Diet Coke, which he shares with the doll. When the drug changes the way the two of them are able to talk with each other, the narrator learns a lesson. When he sexually abuses Barbie and Ken on multiple occasions and they doesn’t protest—or he at least believes they don’t—he learns another lesson. He explains after one of his earlier encounters with Barbie, “I liked the fact she understood how we all have little secret habits that seem normal enough to us, but which we know better than to mention out loud. I started imagining things I might be able to get away with.”

However disturbing or unsettling it might be, “A Real Doll” is a coming-of-age story. It’s difficult to assume the narrator started off this transformation in a place more innocent than the spot where he winds up after meeting Barbie, but Homes has never been interested in foisting moral, likable characters on her readers. In an interview with Electric Literature, she explains, “I’m not passing judgment on my characters—in fact, kind of the opposite—I give them room to expose themselves, to come to know themselves in ways that, before we spend time together, they might not.” This might explain, then, why we have difficulty passing judgment on the story’s narrator for his actions and intent.

It’s taken me years to realize this, but what I love about “A Real Doll” is that it’s a story not meant for everyone. Not all of my students enjoy reading it, but I always hear back from the ones who do. This might be because, like a proper cult classic, it’s wonderfully absent of outright moral, likable characters. No one changes for the better in Homes’ works, very few of her characters are redeemed, and, if you read enough of her fiction, you start to worry. You start to wonder if you’re a moral, likable character yourself.