Stories We Love: "A View of the Woods" 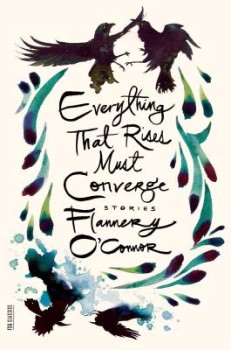 While Flannery O’Connor combined humor and sadism in ways as mysterious as they are effective, to me, the way she was able to render horrific actions in people and still somehow make me sympathetic is her greatest achievement—even more so when she breaks out of the highly symbolic framings of tales such as “A Good Man is Hard to Find” and “Good Country People.” While these are incredible stories, less-known ones, in which characters transcend her desire to make them mere chess pieces and instead achieve a full humanity, are where she truly scorches.

“A View of the Woods” is one of those stories. It concerns the agonies of an old man named Fortune, who is determined to develop his land over the protests of his son-in-law, Pitts. In the middle is Pitts’ daughter, Mary, who shifts her alliances between her father and grandfather. Fortune is a craven and nasty man who does terrible things in the story, and while O’Connor makes me feel utterly sure that he gets what he deserves, she also imbues him full of sorrow and compassion as his just deserts are meted out.

How does she do it? With comic dialogue sharper than daggers, pacing that perfectly mirrors the old man’s psychic blistering, and language of hallucinatory anti-rapture, while also steering way from the nihilism of those better-known stories—which, I believe, makes them ultimately less powerful than the masterly “A View of the Woods.”