A short story collection I re-read at least once a year is Connie Willis’s Impossible Things. It begins with the obligatory Lewis Carroll epigraph, but then adds another from Auden: “Nothing can save us that is possible.” One of Connie Willis’s overarching themes is communication: what do we say to each other and, of those conversations, what do we actually understand?

One story follows a NASA negotiator and a woman renting him a few square feet in a Japanese apartment as they try to figure out if the friendly aliens who’ve just arrived at Earth are trying to set up a space program or a spice pogrom. “The Last of the Winnebagos” is a heartbreaking dystopia that imagines a world without dogs. In “Even the Queen” three generations of women gather to persuade their niece not to undo the surgical implant that allows all women to avoid menstruation. In “Shakespeare’s Bed” Willis invents a plausible and poignant identity by for the bard by unraveling the mystery of his last bequest. There’s even a vampire story snuck in here, set during the Blitz in WWII, and written ages before vampires were popular again, that will make you forget all that Twilight crap.

Willis is a science fiction writer, and she’s won the Hugo, and the Nebula, and lots of the other big awards in that genre. These stories are a great introduction to her work; I enjoyed her newest novels Blackout and All Clear, both set during WWII. If you’re now re-thinking this recommendation because “sci-fi just isn’t my thing,” you’re missing out. One thing setting a story in the future can do is effortlessly reveal situations and states of being that we take for granted in the present. Science fiction, like any good fiction, helps us understand ourselves better—it just may use time travel as a plot device.

Impossible Things was published in 1993, and re-reading it today, some stories seem frighteningly prescient. But the main reason I love this collection so much is that while not all the stories are humorous, some are hilarious. Her scenes have a vaudeville, slapstick feel as characters interrupt, misunderstand, and talk past each other. As in life, sometimes despite their trials they are simply too busy to slow down and be sad. Re-reading Impossible Things reminds me both that life is impossible and that, impossibly, day after day, we live it. 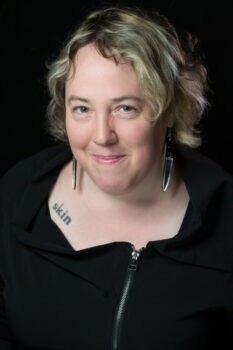