"The swamp is the maker of the characters."

"And though all the violence is ultimately, like most violence, senseless, it is not impossible to understand": Leigh Camacho Rourks on Tom Franklin's "Poachers."

I have been struggling lately, struggling to read and struggling to write, my mind filled with worry and my access to nature—specifically to the waterways that calm me—limited. There is a small lake near my apartment, beautifully overgrown and alive, guarded by snakes and birds and rabbits, but it is nearly impossible to access except to watch from afar. It has been at least seven weeks since I have stood on a real bank and breathed in the smell of wild water. And so I have turned back to Tom Franklin, the author whose books helped drive me to write the places I love, who transports me to the wetlands I miss, and who grips my mind with worries far removed from the menace of the disease that currently lurks wherever humans congregate. 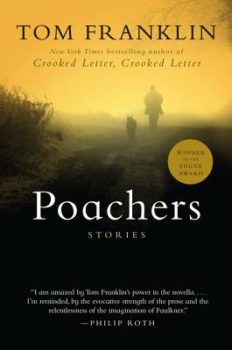 The titular story in Franklin’s collection Poachers (Perennial, 1999) takes place (like the other stories in the collection) in south Alabama, predominately in wetlands that are twin sisters to both the ones I recently moved away from in South Louisiana and the ones I live by now—but cannot quite reach—in Central Florida. It is a story overgrown and watery. And like the swamp at its center, it is unnerving and dangerous.

It is popular to say that, when written well, place becomes another character in fiction, and it would be an easy shorthand to say this about “Poachers.” However, that would be shortchanging the role of the swamp in this story. Instead, the swamp is the maker of the characters, especially the three young men at its center. Orphaned at a young age, the boys grew up virtually alone, and the swamp is portrayed as an untamable land which basically raised them. The story opens with the boys emerging from it:

At dawn on the first day of April, the three Gates brothers banked their ten-foot aluminum boat in a narrow slough of dark water. They tied their hounds, strapped on their rifles and stepped out, ducking black magnolia branches heavy with rain and Spanish moss.

Immediately we see that the dark water cling from boat to branch to brothers.

Throughout the story there is imagery that makes clear the exact nature of the swamp:

“Along the banks, fallen trees held thick strands of cottonmouth, black sparkling creatures dazed and slow from winter, barely able to move.” Baby alligators follow the brothers’ boat and thick mud sucks at and steals boots. Like the land around them, the boys are violent and lawless. Just a few pages into the story, they murder a young game warden and later they frighten and molest a teenage girl. It is Franklin’s description of the world in which the brothers are fully, irrevocably immersed that helps readers make some sense of their horrifying behavior. He does not ask readers to forgive them, to make them heroes or antiheroes, but he does make it clear that they are products of their own violent lives lived in a space not fully fit for humans, and their humanity has been the price. There is empathy here (much different than forgiveness), and we readers have access to it through Franklin’s descriptions of this violent and alien place.

For example, when one of the brothers, Kent, dies, the other two set out to dig a grave for him:

By the time they’d finished, it was late afternoon and the hole was full of slimy water and they were black with mud . . . They stripped off [Kent’s] shirt and pants and socks lowered him naked into the hole. When he bobbed to the top of the water, they got stones and weighted him down.

In this grotesque and lawless place, lacking social structures and rules that impose humanity, the soaked land rejects the body, an act unfathomable outside the wetlands. 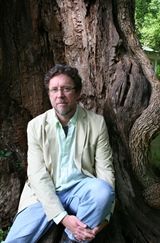 In the story, we also see the violence men exert on the world around them. Not only are the brothers poachers who kill fish by the dozens and casually carry the dead of their illegal hunts over strong shoulders and in pockets and makeshift bags, but the more “civilized” humans in the area behave just as brutally. Before the boys kill him, the young game warden shoots their dog, an act repeated and multiplied later by officers attempting to exert their own control over the fate of the boys. Another character, Kirxy, who has tried to be in some small way a surrogate father to the boys, to protect and feed them, the story’s hero—if it has one—goes to cock fights, where razor clad roosters are pitted against each other in bloody battle. This is not the worst of Kirxy’s sins against the natural world. Yet, he is tender-hearted and loving, a man who if you only knew one side of him, it would be impossible to imagine the other. Somehow, this unflinching and honest look at the way humanity brutalizes also helps us empathize and eventually even worry for the brothers whom we simultaneously fear.

It may be strange to say that such a violent story is beautiful, stranger still to say that in a time of uncertainty and fear I have turned to its pages. But the brutality in this story is tangible and honest and plays a role in something bigger. It does not feel gratuitous. We do not feel like tantalized voyeurs of the violence. And though all the violence is ultimately, like most violence, senseless, it is not impossible to understand. There is a clarity to it, which I appreciate. Even more though, it is juxtaposed with the story’s central ethos of empathy. It is this truth, clarity, and empathy that make the story beautiful to me. But it is the clear view of a land so like my own home, brutal and frightening as it might be, that keeps me coming back. And I learn how to be a better writer every time I come to it.