the controversy in the rye 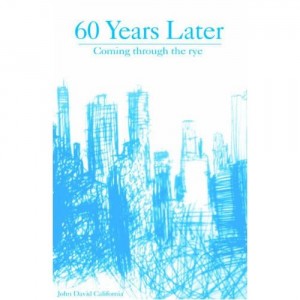 Remember Holden Caulfield? Young, angst-ridden, wandering the streets of New York? In the novel 60 Years Later: Coming Through the Rye, by Fredrik Colting, Holden is seventy-six-year-old “Mr. C,” still angst-ridden and wandering the streets once more. Holden’s sister Phoebe and prep-school roommate Stradlater also make appearances. But does Colting have the right to use these characters–and a fictionalized version of J.D. Salinger himself–in his own work?

We’ll see. Salinger is suing Colting, claiming that 60 Years Later is “a rip-off pure and simple.” Colting and his lawyers insists the novel is neither plagiarism nor a sequel to Catcher in the Rye, but a parody that “imagines the interaction between two narrator/protagonists: ‘Mr. Salinger,’ a bitter and angry reclusive author, and Mr. C, the fictional character he has created.”

This isn’t the first time famous fiction has been reimagined and retold. In 2001, Alice Randall’s The Wind Done Gone retold the story of Gone With the Wind from the viewpoint of Scarlett’s half-black half-sister. Linda Berdoll’s Mr. Darcy Takes a Wife is just one of many Pride and Prejudice sequels, including a recent version with zombies. And of course there’s Jean Rhys’s Wide Sargasso Sea, one of the few literary retellings that has earned its place on the shelf beside the original.

But when is a novel truly reinterpreting its source text–and when is it simply a “rip-off”? Do spin-offs like these diminish the original or bring them back into the public eye? And how much control should authors have over the unauthorized use of their characters, especially such iconic figures as Mr. Darcy, Scarlett O’Hara, and Holden Caulfield?