the writer as conversationalist

Are you “smarter in print than in person?” (I’m raising my hand.)

And are you behind in your reading? (That’s me. Again.) 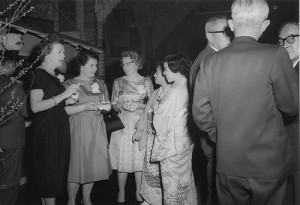 In the Sept. 27 NY Times Sunday Book Review, Arthur Krystal investigates why good writers aren’t necessarily great conversationalists. Should we blame the antisocial demands of our work? Or do our mouths stammer because they’re out of practice — because our brains are used to the pace of writing (not to mention its magical editing function)? Or while our mouths make words, are our brains secretly elsewhere, still working on something? Or are they dormant, resting? Do our brains only really flourish while writing? Is the act itself a stimulus, the catalyst that gets them going?

[M]aybe it’s just that the flow of thought alters when we write, which, in turn, releases sentences hidden along the banks of consciousness. There seems to be a rhythm to writing that catches notes that ordinarily stay out of earshot. At some point between formulating a thought and writing it down falls a nanosecond when the thought becomes a sentence that would, in all likelihood, have a different shape if we were to speak it. This rhythm, not so much heard as felt, occurs only when one is composing; it can’t be simulated in speech, since speaking takes place in real time and depends in part on the person or persons we’re speaking to. Wonderful writers might therefore turn out to be only so-so conversationalists, and people capable of telling great stories waddle like ducks out of water when they attempt to write.

Me, I find that the better I know someone, or the more fascinating I find him or her, the better conversationalist I become–and I’ve observed that many of my writer friends also flourish in such circumstances. The more that we understand (or feel inclined to explore) the world we’re communicating within– where tensions lie, who we know in common, what one of us has read or experienced that the other hasn’t — the more potential there is for humor, for questions, for characterizing and analyzing those other people, for plotting, for wordplay and drawing connections, for pushing boundaries and comfort levels, for letting it all hang out. For thinking out loud in that half-artful, half-natural, largely-mysterious way that makes dialogue happen.

Maybe the art of conversing isn’t so different from the process of writing. In the beginning, there is stammering and confusion. There are long moments of silence. And then — a sudden burst of energetic verbal brilliance, followed by (just as sudden) a splat of overconfident, off-putting inappropriateness. **Crickets.** A number of false starts. Emotional eating: the apocryphal procrastination muffin. 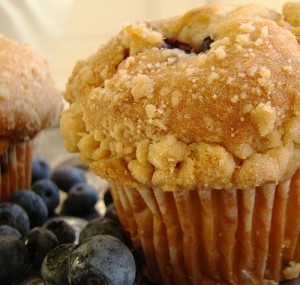 Yet once you begin to get a handle on where you are and who you’re with, and you realize how much you don’t even know yet, it starts to get exciting. You listen better, talk better.

Unless the talk is small talk. I have met precious few writers who excel at it. What we talk about when we talk about small talk is keeping conversation purposefully and purely in the shallow end of the pool. It’s about staying in a very safe place, about keeping all options open, about steering clear of the specific, because specific is controversial. Small talk might be the language of making connections, but it’s not about connecting. I’d argue that small talk is staring at a blinking cursor, trying to decide if typing a cliché is better than typing nothing at all. And it stands to reason that many good writers would be terrible at it.

How (and to what extent) does your writer self engage with your conversationalist persona?