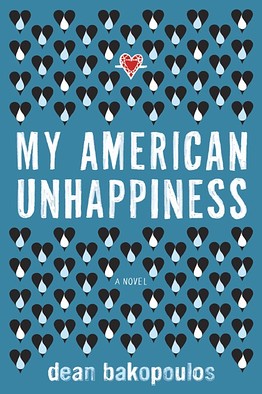 Do yourself a favor and read this fantastic essay, “How Reading Junot Diaz Can Help America Prosper,” by friend of FWR Dean Bakopoulos, right now. It’s one of the most eloquent, passionate explanations for why fiction matters that I’ve ever seen. I’d like to quote the whole thing, but here’s just a taste:

Another morning, after I lectured on Junot Diaz’s story “Nilda,” a heartbreaking coming-of-age story in which the narrator, Junior, learns that nobody is invincible, not even his once mythically heroic brother, struck down by cancer at seventeen. Despite Junior’s intentions on leaving his neighborhood and moving on, despite his obvious intelligence, the story ends with a scene, in which he, five years later, randomly meets his brother’s ex-girlfriend in a mini-mall Laundromat: both of them still wanting out, both of them still there.

This science major has no intention of ever writing fiction again once he’s done with my class. But there is a very good chance that he’ll be working for a Big Ag outfit some day, and that he’ll have a better understanding of the paralysis felt by struggling family farmers increasingly beholden to both federal subsidies and corporate agriculture. He’ll understand, at least at the heart level, that the actions of the wealthy and powerful often have irreversible consequences on hard-working Americans. Whatever challenges he faces, personally or on the behalf of his country, I hope he carries with him the ability to stare at a complex situation and emerge with an answer, a realization, and a vision as simple and true as the one he had in my classroom.

And how wonderful, too, that this essay was published in The Wall Street Journal. A publication devoted to business and finance gives time to an essay about the powers of fiction? That’s also fantastic.