We've got a book for that. 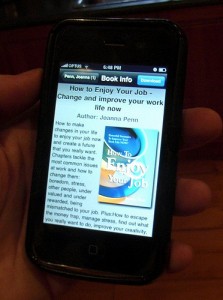 A recent report finds that in the last four months, book apps are now more popular than games on the iPhone. Says the UK’s Telegraph:

[I]n the last four months, book apps have exceeded the popularity of games apps – with one out of every five new apps launching in October having been a book. In September, games apps were overtaken by book apps for the first time.

The reporting firm, Flurry, suggests that the iPhone might even compete with e-readers like the Kindle. Read the full report here.

If you’ve got an iPhone, do you read on it? Now that you know you can, will you start?