An Education in Book Reviews

Third in our series on criticism, Stacey D'Erasmo's essay tackles the misconception that reviewing "is, at best, a career opportunity and, at worst, a distasteful and potentially troublesome task best avoided." In particular, she addresses the fact that the culture of the MFA program may have steered fiction writers away from the craft of reviewing. Yet she urges us to remember that many of our greatest writers were also critics who engaged in the vigorous cultural conversation that centers on books. And that it's not only necessary for us to revive this discussion, but also a pleasure to be involved. 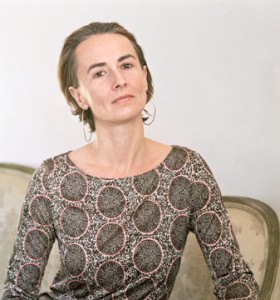 One of the many things that concerns me about the moment we’re in right now vis-à-vis the disappearance of print culture and the ever-shrinking terrain of the book review is that, even before this moment, a certain idea began creeping into literary culture, and I suspect that that idea is part of why the book review is so endangered today. That idea was, roughly, that reviewing itself, writing about the literature that’s being made now, engaging with other writers about their work in public and in print, is, at best, a career opportunity and, at worst, a distasteful and potentially troublesome task best avoided.

I was surprised by this idea when I began to encounter it, perhaps because I didn’t do an MFA. I have a master’s degree in English, and when I finished that in 1988 I went to work at the Voice Literary Supplement, where I stayed until 1995. I worked at Bookforum from ’98-’99, and in all the years since, I’ve continued to have a long, productive relationship with literary journalism, and, indeed, with journalism in general. This didn’t seem as strange a novelist’s path then as it does, perhaps, now—growing up, I read Didion, I read Tom Wolfe, Mary McCarthy was famous and wicked and revered; even Jo in Little Women wrote for newspapers, Hemingway wrote for newspapers, Whitman wrote for newspapers, so did Djuna Barnes; Truman Capote was worshipped for In Cold Blood, and on and on. The idea here—which was an idea like any other, no better and no worse—was that writers were worldly people whose points of view on worldly things were interesting; also, that you could make money by writing (this, I thought, was a miracle, to make money appear out of the air); also, that to be a writer was to be part of a big, teeming cultural conversation. This cluster of ideas was still very much part of the culture in the late ‘70s, when I was coming of age.

So when I landed, or maybe careened, into the VLS in my mid-20s, I was overjoyed to be let loose at the newspaper that was then the big, fat, weekly newspaper for smart people, and I wrote long, long essays about books, reviewed books, assigned book reviews to amazing people, started conversations in print about books, and it was a wonderful time. Many, many extraordinary people wrote for us in those years: Angela Carter, Paul West, Lynne Tillman, Elizabeth Alexander, and critics such as Hilton Als, Manohla Dargis, Paul Berman, James Wood, Anne Powers. It was great. I learned how to teach writing by editing. I learned how to write essays by writing them and by being edited, and under the urgency of a ticking clock that was not only temporal but monetary: if you didn’t file, you didn’t get paid. And I learned what I very much needed to learn, which was that writers, even the fiction writers I revered, were very human, very alive, very flawed, often very charming, and generally in struggle. 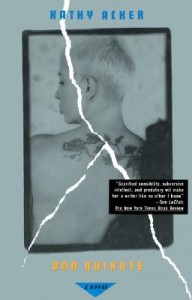 The writers I knew then weren’t my teachers. I was their then-young editor, which was sort of like being an apprentice lion tamer tossed into the cage with the lions. They were, to say the least, not on their best behavior with me, twenty seven years old and barely out of grad school. I’ll never forget Kathy Acker, whom I admired very much at the time, screaming at me on the phone (an actual phone, on the desk) from London that I was horrible, that I didn’t like her work, that I was an idiot, because, I think, I had asked her to change three words in a review she had written that was maybe 200 words total. Another time, quite a prominent psychoanalyst, a woman I also admired very much, who had published a book that had some crossover appeal, nearly skinned me alive verbally because the review of her book never ran. I tried to explain that there wasn’t space—there wasn’t—but this cut no ice at all with her. She hung up on me. I thought she might be having some issues with disappointment. I also had long conversations, and long friendships, with writers I adored and still adore. I talked to independent booksellers, and sales reps, and book editors and publicists, every day. It was an education. You could call it “book reviewing”; you could also call it an education in what it is to be a writer, in how much there is out there to write about, how many kinds of writers there are, and how much the marketplace, public reception, and the weirdness of popular culture, have to do with what we do. I also, needless to say, or maybe not, really loved writing about books and I loved hearing what other people had to say about books.

The first few times that a fiction writer—and it was always, sad to say, a fiction writer—said, when I called to try to assign a book review, that he or she “didn’t review” or “only reviewed books he or she loved,” I laughed. I thought, Well, this is not a serious person. Who would say that? But as I got deeper into my own career as a fiction writer, and began spending less and less time at print publications and more time among other fiction writers, the silence around reviewing and writing about books generally was deafening. They didn’t read reviews or literary essays, they didn’t write them, they hated and felt traumatized by reviewers, and I heard more than once that it might be better if there was no reviewing at all. I understand the pain; I understand the fear. Now, I understand the distance and alienation that people often feel about all those snotty smart people in New York, issuing their pronouncements that can stop a book cold or chill the writer to the bone. I get it. 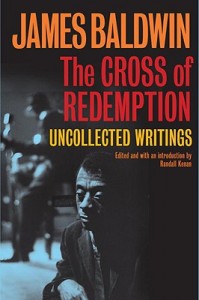 But, at the risk of sounding like Methusaleh mourning the loss of the stone tablet, I miss the talk. And at risk of biting, or maybe nibbling, on the hand that feeds me now, some of what has drained the energy—besides all the economic factors we know so well, the internet, etc.—from the culture of reviewing is the culture of MFAs. I want to be very clear about the fact that I don’t think that this is an evil development or part of some plot to quell a lively critical culture; it’s structural; it’s the system we have. The mandarin intellectual elite/patronage-driven structure that produced Mary McCarthy and James Baldwin and John Updike (who reviewed constantly and widely his entire life)—and which, God knows, had its own substantial flaws—has been replaced by the more democratic, but also more bureaucratic, and often secretive structure of academia. We have to be, are paid to be, fair. At the workshop table, we are witnesses, listeners, careful helpers; we are there to help produce the best writing we can. That’s what we’re supposed to do, and it’s not easy or simple work. Having a definite, partisan, irreverent point of view is, if not an outright liability, at the very least not required. As a teacher, I must leave my personal taste outside the room. As a critic, without some sort of point of view, I have nothing to say. And as a novelist, without the same kind of obsessive, engaged, partisan energy that I draw on as a critic, I also have nothing to write about, and no reason to be writing. Kathy Acker obviously felt free to bite my head off; I felt free, in return, to write and say what I wanted to write and say. What did I have to lose? Even now, that seems to me a fair trade.

So, I’m raising a problem for which I don’t have a solution, and maybe I’m just making us all feel worse, but I do see this as a pressure, or a force, that has also undermined the efficacy and aliveness of book reviewing: we’re bringing up generations of writers who think of it as something that other people do, far away, or something that might endanger their fellowship, their recommendation, their job application, their grant application, their ability to get blurbs or to receive the coveted invitations to this or that conference, residency, or institute. This makes me uncomfortable, and it also makes me kind of lonely. I still think the writers are the smartest, most interesting, funniest, weirdest people in any given room. I miss hearing their voices. 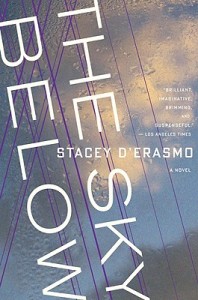 It is our great pleasure to publish this essay by special guest Stacey D’Erasmo. D’Erasmo is the author of three novels, Tea (a New York Times Notable Book); A Seahorse Year (a Book of the Year by the San Francisco Chronicle and Newsday, as well as a recipient of both a Lambda Literary Award and a Ferro-Grumley Award); and, most recently, The Sky Below. She created and developed the fiction review section of Bookforum from 1997-1998 and is a regular contributor for the New York Times Book Review. She currently lives in New York City, where she is an Associate Professor at Columbia University.

An earlier version of “An Education in Book Reviews” was delivered as part of the 2011 AWP panel “The Good Review: Criticism in the Age of Book Blogs and Amazon.com,” moderated by Jeremiah Chamberlin. Joining D’Erasmo were Charles Baxter, Gemma Sieff, and Keith Taylor. The goal of the panel was to examine how criticism is changing in a literary landscape increasingly dominated by new media, as well as to discuss how books get reviewed and by whom, why vigorous reviewing is necessary, and ways to write reviews that matter. It was a vigorous discussion, both during the talks and after. And so in the spirit of continuing that conversation, as well as bringing it to those who weren’t able to attend the panel, Fiction Writers Review is publishing talks by several of the other panelists throughout the week. Please join in, and help us spread the word.