“Popular art is the dream of society; it does not examine itself.” --Margaret Atwood

“Popular art is the dream of society; it does not examine itself.” –Margaret Atwood 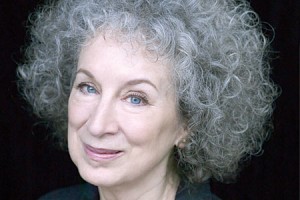 When I was a teenager first flirting with the idea of a writerly life, I used to listen to radio plays with my mother, who’d listened to them as a child, before TV became popular. (We couldn’t afford video games, so I was condemned to be a nerd anyway.) I remember one particular radio play—the only one I do remember, actually—in which two writers talked about how their work would be received in the future.

One writer, exceptionally pompous, declared himself a genius and took it as fait accompli that the future would validate his opinion. The other writer, more humble and sincere, wasn’t so worried about that. He just wanted to write and be a happy guy. Through some sci-fi device they were able to see into the future, and the humble writer turned out to be the better recognized of the two while his pompous counterpart was revealed as a self-aggrandizing hack.

That’s how I remember it, anyway (I’ve tried without success to track down this radio play, so I don’t know whether I’m completely perverting it) and I recall it now when I think about this observation by Atwood–an author who writes fiction that is both literary and immensely popular–on popular art. The perceived differences between literary and popular fiction can cause a lot of strife between writers (and within writers), especially since there’s no clear correspondence in either direction between popularity and literary merit. Books that sell well aren’t necessarily popular, and books that don’t sell well aren’t necessarily literary. Atwood’s description of popular art makes me think less about a boundary between literary and popular than about the function of self-examination, a topic which is much more fertile than artificial distinctions for enabling discussions of what art and literature can mean in a society. The process of a work examining itself—as well a society examining itself through such work—takes place not only in the time of a work’s release but in its future, and it sheds light on how we differentiate between those aesthetic objects history deems popular and those it deems art. 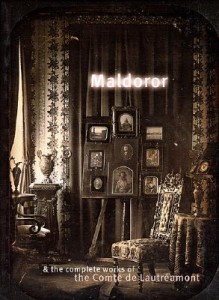 If we take popular fiction as society’s dreams that don’t examine themselves, as we may infer from Atwood, can we then take literary fiction as the dreams that do examine themselves? This is no better a dividing line than how many copies a book sells. A work of fiction can be received as literature by history even if it doesn’t involve a great deal of self-examination. Lautreamont’s Maldoror and Huysmans’ Against Nature, for instance, come across as so atavistic that they hardly seem self-aware, let alone self-examining. William S. Burroughs’ cut-ups, though they foster an intense examination of form and language, can barely be said to examine a societal dream in and of themselves. Nor can “found” works like Kenneth Goldsmith’s American Trilogy: The Weather, Traffic, and Sports.

At the opposite ends of the spectrum, plenty of works examine themselves to the point of paralysis but never earn the moniker of “literature” because they are unreadably introverted or just plain awful. Self-examination of a societal dream, then, is neither a prerequisite for—nor a guarantee of—literary fiction. Yet the dividing line between “self-examining” and “non-self-examining” fiction is apt if we include the reader in the formula, as we absolutely must. The works we call literature share the quality of stimulating reflection in the reader, so the reader’s self examination bears more consideration than that of the text itself. The narratives that invite us to reflect on ourselves and our world are the ones that we—and I mean a historical “we” here—deem to be literary, and the ones we don’t end up being called popular. (Or, perhaps, they get called nothing at all because history forgets them.) 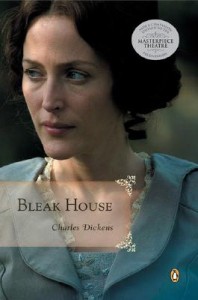 Since the works we end up calling literature are chosen by history, the label that ends up on a work is really out of the author’s hands. We can try our hardest, being as high-toned or as hip as we wish, but the issue of whether we’ve created lasting works of literature will be settled decades after we’re dead. It will often be settled and re-settled for each new generation and era; George Eliot and Robert Burns, for instance, both experienced periods of great posthumous acclaim and periods when they’ve been considered afterthoughts. Dickens, called a popularizer by some in his time, is a classic example of the reader’s historical role in literature. We lionize his work today because it has made people examine themselves and their culture. Dickens created fiction that captured its zeitgeist and gave opportunities for reflection, and the historical mass of readers has taken him up on it.

But Dickens wasn’t the only writer who tried to capture a zeitgeist on the page. A lot of us do that and believe we’re creating lasting literature, and not all of us succeed because it’s ultimately not us who can determine whether we’ve captured the zeitgeist or not. The pompous self-aggrandizer in the aforementioned radio play made the mistake of trying to short-circuit the historical, reader-centered process of determining what makes literature. He was famous and adored by the critics—surely he felt some kind of right to believe that, didn’t he?—yet it was his humble counterpart that history chose instead.

I’d like to claim that I’ve always played the role of humble counterpart, but I’ve certainly engaged in my share of pomposity and literary snobbishness. This was especially true in my twenties, when I looked down with great scorn on popular art of all kinds. If it wasn’t literary—if it didn’t examine itself, to borrow Atwood’s phrase—then I was dead set against it. This is common among the ranks of would-be writers, in part because we often have to defend ourselves for throwing our energy into the literary life–especially when our work achieves no popular acclaim or financial reward. If we’re undiscovered or unsuccessful, it’s easy to declare ourselves misunderstood geniuses and presume that we’re creating literature when we can’t truly know. It’s pure self-protection.

I was glad to cling to that belief, to give myself an underdog’s bravado and push myself through the doubt of my formative years, but I am gladder still to grow out of it. Often I feel a cloud of such snobbery hanging over literary fiction, and that cloud bothers me because there are repercussions for this genre if its practitioners don’t sufficiently acknowledge the reader’s role. We already know that literary fiction is becoming more and more of a niche market, which means we’re losing our readers. Why separate them even further from us by acting like they aren’t central to literature? The course of literary fiction depends on present and future readers, and yet some writers act as if they aren’t important—only the community of fellow writers matter. I’ve heard (second-hand) of one writer telling students that “If your book sells more than five hundred copies, you’ve done something wrong,” and this assures me that the kind of snobbery I felt in my twenties is still very much alive today.

But writers who arrogate literature on the basis of their own obscurity—more plentiful in academe than outside of it—forget that rejecting the marketplace and the reader doesn’t guarantee the creation of lasting literature. Ultimately this approach leads to a disconnect between readers and writers, which we see all over America, and probably across the world. Statistics on reading for pleasure in the US show a decline all across the board, as the NEA’s 2007 study shows, and if we aren’t worried about the consequences of making literary fiction too exclusive, then we should look at the example of poetry. Forty years ago, poetry seemed happy to academicize and Balkanize, splitting up into factions that were happy as long at they had a fiefdom somewhere. Today, poetry is struggling for readers who aren’t poets, and we have resorted to putting poems in elevators, buses, and subways to create a readership.

I don’t think this has to happen to literary fiction, and it won’t as long as the body politic of its practitioners keeps the reader in mind. I’m not suggesting that we pander to readers by giving them predictable, market-driven entertainments. I mean that we should write—and send our work out into the world—like the humble counterpart in the radio play. We need to acknowledge the reader’s historical role in establishing the course of literature, and acknowledge the fact that what history deems literary and what it doesn’t will often spring from the same pen. 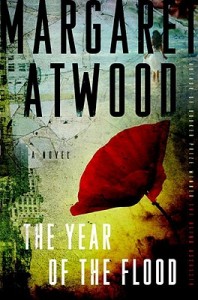 – Via Random House’s website, read an excerpt from Margaret Atwood’s latest novel, The Year of the Flood (Nan Talese, 2009); if you’re shopping for a copy, click here to buy from your local indie bookstore.

– At the Tomorrow Museum, Joanne discusses a panel at MIT’s The Future of Entertainment 3, considering the role that fan culture plays in the success of a literary novel.

– The American Book Review (30.2) offers a collection of writers’ thoughts on the future of literary fiction.

– At Blogcritics.com, readers argue the merits of literary and popular fiction. 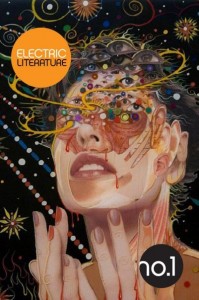 – Is Electric Literature “the future of literary fiction”?