"I don’t cater to the fiction writers in my poetry courses, yet they have taught me to acknowledge commonalities across genres. In exploring these commonalities, we better see distinctions as well."

In honor of National Poetry Month, we’ve returned this week to Anna Leahy’s essay “Teaching Intersections: Poetry for the Fiction Writer,” which originally appeared on August 25 of 2014.

When I started teaching at Chapman University several years ago, the MFA program had been focused almost exclusively on fiction in recent years. I found myself, on the first day of class, in a room of a dozen fiction writers and convinced all but one to stick with my poetry class. I’ve continued to lead poetry workshops in which at least some students consider themselves primarily fiction writers. I write in more than one genre, and I see no reason that emerging writers in my classes—especially undergraduates—should box themselves into a single genre, at least not until they more fully understand their options and choices. Of course, I want to guide my seemingly fiction-oriented students to write the best poems they can during the semester or two we work together as poets and, perhaps, to write poetry in the long run beyond my direct guidance. Yet, this recent teaching experience has also led me to consider how reading poetry and composing poems might benefit fiction and creative nonfiction writers (and vice versa, as burgeoning poets take fiction-writing courses).

When Walter Mosley, who is probably most widely known for the novel Devil in a Blue Dress, was a graduate student, he took a poetry-writing workshop every semester. He recounted in The Washington Post:

I can’t write a serviceable poem to save my life, but I learned my lessons in those six workshops. I learned that poetry is the nexus for all writing, whether it be fiction or nonfiction, screenplays or plays. Maybe some poetry lives in a rarified atmosphere that leaves most readers a little dizzy. I don’t know, but I do know that a fiction writer must be able to breathe that air.

My fiction-writing colleague Richard Bausch has said similar things about his respect for and relationship to poetry. He understands that plot and character don’t exist without words and syntax and the interplay of those qualities that might be considered minutia by the non-poet.

Given the students in my classes and the wisdom of these fiction writers, I’ve experimented with several features in my workshops as I consider both the burgeoning poets and the fiction writers. 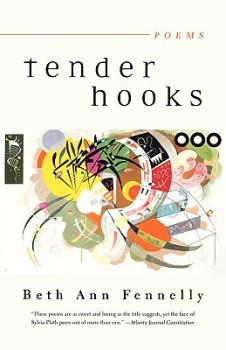 In her article “The Winnowing of Wildness,” Beth Ann Fennelly points out that first book contests—now “a poet’s best shot at book publication”—have increased “pressure for a poet to display a unified style.” In the ten years since this article was published in The Writer’s Chronicle, that pressure has grown, and writing a cohesive poetry collection seems the smart thing for a poet to do. Even though I, like Fennelly and Eavan Boland, harbor concerns about the costs of such pressure on the students whom I encourage to try new things and about the compromises I may make myself in order to demonstrate cohesiveness across poems, I’ve been drawn to certain subjects or ideas at different stages in my life, and writing interrelated poems has its benefits in my growth. In an MFA workshop years ago, Stanley Plumly framed odes by John Keats as a series, and, on numerous occasions since, I’ve conceived of my own poems in series. Even Fennelly admits the possibility of “novelistic depth that can be achieved with a tighter focus.”

As I’ve contemplated these issues, I’ve included narratively cohesive poetry collections as reading in my graduate poetry workshops, in part so that my students—who may think of themselves as poets, fiction writers, or both—consider issues of narrative and of other connectedness. Bellocq’s Ophelia by Natasha Trethewey is an especially good collection for my pedagogical purpose, in part because it follows one character, a multiracial prostitute in New Orleans, and in part because it includes poems in the forms of letters and diaries, in addition to a sequence of sonnet-like poems. Narrative emerges out of character and plot points and also out of poetic structure and imagery.

An even more tightly woven narrative collection consisting exclusively of sonnets is Spotlit Girl, a chapbook by Kevin Oberlin. The chapbook length seems particularly suitable for a narrative series and is a length that feels achievable for student poets, even those who will go back to writing fiction, sooner or later.

Other collections that can play this role in a workshop include Edgar Lee Masters’ The Spoon River Anthology, Tony Barnstone’s Tongue of War, Ann Townsend’s Persephone in America, Fennelly’s Tender Hooks, or Ted Genoways’s Anna, Washing—and certainly, there exist many more. The pedagogical idea is to introduce students to cohesiveness, chiefly narrative cohesiveness, and to encourage them to explore not only connection and chronology but also gaps, structure, and voice as they read and write.

Paragraphs in (or as) Poems 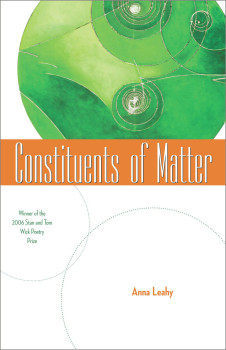 Poet Stanley Plumly also introduced me to the term “paragraph poem,” instead of “prose poem.” This switch in terminology recognizes that paragraph is to stanza as prose is to poetry or, rather, that a paragraph is a formal or formatting option for poets and a default formatting for prose writers. But what is it a paragraph can accomplish?

I bring into class examples of writing that has been labeled prose but that might be thought of as poetry. Jamaica Kincaid’s “Girl” works well, and I often use samples from Lydia Davis’s Varieties of Disturbance, which are labeled “stories,” to generate in-class poem exercises. Francis Ponge’s Selected Poems, which includes both French and English versions, works well and confronts students’ notions of the essay. Allison Benis White’s Self-Portrait with Crayon is a book of paragraph poems and a narratively cohesive collection.

Through reading paragraph poems, workshop students tease apart and practice the variety of work a paragraph can do and explore it in different genre contexts. Fiction workshops might well incorporate related approaches in order to emphasize how the larger structure of a story or novel is built with sentences and paragraphs.

Point of View and Persona

When I teach fiction, I emphasize point of view as likely the most important choice a writer makes. Jesse Lee Kercheval’s Building Fiction stands as one of the most cogent resources on point of view for emerging fiction writers. However, until I taught a graduate workshop focused on persona poetry and using the anthology A Face To Meet the Faces, I didn’t understand how closely connected point of view in fiction is to voice—or the speaker—in poetry.

The Poet’s Companion, edited by Kim Addonizio and Dorianne Laux, includes a chapter on “Voice and Style” that begins, “When we listen to a person speaking, we hear a particular music unlike any other.” Importantly, an individual doesn’t choose her speaking voice but a writer does develop and hone a voice. They assert, “Beginning writers often sound remarkably alike, because they have the same limited range of choices; they haven’t yet discovered a wider range.” Emerging writers quickly see that their goal is not to sound like everyone else and what they thought was natural or intuitive is not necessarily original, a lesson for writers of any genre. Addonizio and Laux offer seven elements, such as diction and imagery, that shape the voice of a particular work (or of a given writer). Keeping these elements in mind, student writers can hone voice, persona, or point of view.

By seeing point or view and voice as intertwined concepts across genres, I’ve introduced into my workshops lively discussions about depth of character, about how the writer must know more than gets on the page, and about the ways a poem becomes grounded. Students who consider themselves poets understand the poem’s speaker—whether it is a persona or a version of the author—with far more complexity by looking at it in relation to point of view. Students who consider themselves fiction writers understand point of view anew and that each word choice and sentence structure shapes narrative perspective.

I don’t cater to the fiction writers in my poetry courses, yet they have taught me to acknowledge commonalities across genres. In exploring these commonalities, we better see distinctions as well. As a result, my teaching has become more savvy, more flexible, more risky, and—for myself and, I hope, also for my students—more satisfying in the moment and long afterward. I encourage instructors of fiction-writing workshops also to ponder, examine, and practice such intersections with poetry.