"Because nature is relatively unchanging, landscape descriptions transcend time; they provide us with a reliable, scenic, and well-built bridge to the past."

"Here’s the thing about writing historical fiction: you’re not trying to reconstruct or mimic history, which would be altogether boring even if it weren’t impossible. What you’re trying to do is to create a new version of it that will tell a good story while simultaneously capturing something essential, not only about the period, but also about contemporary life."

Tim Weed and I met as fellow travelers who also both happened to be writers. We worked for the same educational travel company—I as a trip leader, taking groups of high school students to places like Spain, Australia, and New Zealand, and Tim as one of the directors, programmers, and a leader himself. Tim was a visionary. The programs he conceptualized and implemented took students all over the world. When he was planning to direct a particular pre-college program, he would usually invite me aboard as the creative writing teacher. We clocked many hours talking about Hemingway while drinking mojitos in Hemingway’s old Havana haunts, likewise Tolkien and Lewis Carroll while drinking pints in Oxford pubs, and Hemingway—again—while driving through the Spain of For Whom the Bell Tolls.

Tim’s stories and essays have been published in the Colorado Review, Gulf Coast, the Writer’s Chronicle, Everywhere Stories: Short Fiction from a Small Planet (Press 53), and many other magazines and anthologies. His first novel, Will Poole’s Island, published this summer by Namelos Editions, showcases Tim’s creative engagement with the past and with place: Will Poole’s Island, which Kirkus called “immersive” and “riveting,” is set in 17th-century New England, and tells the story of a rebellious young colonist who dares break curfew, among other rules, and enters into a friendship with a visionary Wampanoag tribesman that ultimately threatens his place in Colonial society. It was a Nantucket Bookworks Pick of the Month for August and is chock full of details from the cultural ghosts of the area.

Tim teaches workshops and presents seminars in fiction, nonfiction, and historical fiction at Western Connecticut State College and Grub Street. He’ll also be one of the authors at the 2014 Brattleboro Literary Festival in October.

Tim Weed: The Historical Novels Review has a working definition of historical fiction: it takes place more than fifty years in the past, and the author is constructing one crucial element of the setting—the time period—from research rather than direct personal experience. But is historical fiction actually a genre in the way that fantasy or science fiction or romance or crime are genres? I don’t think so. Not if you consider that by the above definition, books as divergent in approach and structure and voice as A Tale of Two Cities, Blood Meridian, The English Patient, and The Pillars of the Earth would all be grouped in the same genre. Will Poole’s Island is fiction, and it’s set in history. You could also categorize it as “literary adventure,” “young adult,” “literary historical,” etcetera, but in the end, for me, these kinds of genre distinctions are of limited use. Publishers love them and purport to need them, and I suppose they are helpful for a certain kind of reader. When I wrote the book, I didn’t have a particular market or audience in mind. I was following my passions and instincts, and I happened to land in a fictional world that I found, for various reasons, to be irresistibly compelling. But really, I was just trying to write a good story. The kind of story I myself would want to read if it had existed.

Yes, the language, the names of things alone—for articles of clothing, foods, and the abundant wilderness of 17th century New England—was obviously the product of a great amount of research. What were some of your most important sources? And how long into your research did the characters begin to take form—or did you have Will Poole and the other main characters in your head before you dove into the research?

Ah, research. Yes, there was a lot of it, so it’s a lucky thing that I’m a history nerd. Primary resources were especially helpful in getting a feel for the age, the mindset, the language. Family records from my 17th-century ancestors in Connecticut, Shakespeare, and the other Elizabethan dramatists. The engaging accounts written by early English travelers and colonists such as William Wood, James Josselyn, Thomas Morton, and Roger Williams. Williams’ A Key Into the Language of America was especially useful in terms of the Algonkian language as it was used in that era, and it hints at the deeply strange and ultimately tragic interaction between these two societies that were in the process of colliding. I also did a lot of secondary reading on subjects such as shamanism, forest succession, and virgin soil epidemics. It was particularly striking to me that the worldviews of both cultures were so steeped in the visionary and the unseen. English sailors were always reporting mermaids and sea serpents and tritons, while the belief systems of the Wampanoags and related indigenous groups revolved around dreams and visions as a way of making contact with powerful hidden forces. Fascinating stuff. 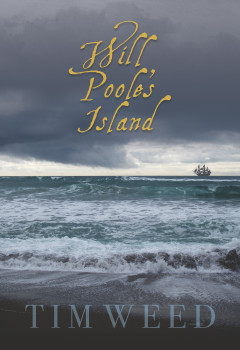 As a fiction writer, though, I find that there is a kind of research that is even more important than archival research: it’s what you might call place-based or sensory research. I visited as many of the relevant historical sites as I could: churches, houses, burial grounds, modern-day recreations such as Plimoth Plantation and the Mashantucket Pequot Museum. Even more critical were the hundreds of hours I spent immersed in the forests and coastal landscapes of New England. Because nature is relatively unchanging, landscape descriptions transcend time; they provide us with a reliable, scenic, and well-built bridge to the past. So I spent a lot of time outdoors, absorbing the environment, smelling the air, squinting away the accumulated artifacts of four centuries in order to transport myself back to that era. I spent a lot of time walking the shoreline, traveling in canoes and other small boats on rivers and on the ocean, climbing mountains, and hiking through the forests of New England, which, in this day and age, look and feel more like those early colonial forests than they have in hundreds of years.

In terms of the characters, several are very loosely based on actual historical figures, while others were inspired by characters from my own family line, both on the English and on the Native American side. But in the end, they’re all purely fictional. I find that characters tend to form themselves within a story, in a fashion that can best be described as organic. I start with an idea of who they are, their backgrounds and desires and problems, but over successive drafts they tend to make themselves known, sometimes in surprising ways.

I imagine that there were certain stereotypes you fought to avoid while writing this subject matter. Many of us tend to idealize the Native American culture of centuries ago—the oneness with nature, calm wisdom, and primitive superiority. Will Poole, the young white protagonist, is more sympathetic to the native culture than he is of his own colonizing community, but most members of the colonizing community were not. Were you concerned, while writing, that you might be putting the values of 21st-century America on your 17th- century characters? I feel like that would be one of the hardest things about writing historical fiction.

Wow, good question. I think it was less a matter of fighting against stereotypes and more a matter of striving for freshness and originality, which is a central struggle in any good fiction. I was concerned with getting the historical details right, and even more so with honoring the spirit of my Native American ancestors by capturing something essential about their cultural values without, as you say, either idealizing or demeaning them. One of the challenges was that those voices have been silent for so long; there was nothing written from the Indian perspective before the 19th century, although there was plenty written about them from the European perspective. So I supplemented these with more recent primary sources, the archaeological record, and secondary sources by anthropologists on such topics as cosmology, societal norms and structures, foodways, and trade and settlement patterns.

But in answer to the second part of your question, an author can’t help reflecting the times he lives in. And here’s the thing about writing historical fiction: you’re not trying to reconstruct or mimic history, which would be altogether boring even if it weren’t impossible. What you’re trying to do is to create a new version of it that will tell a good story while simultaneously capturing something essential, not only about the period, but also about contemporary life. Given all this, every one of my characters must, to some extent and by definition, reflect 21st-century American values. I do think it’s important to note that a central aspect of Will’s mindset is firmly grounded in the historical record: there are numerous accounts of Europeans, primarily young English captives, who spent long periods living among the eastern woodland Indians and became extremely reluctant to return to a society they found strict and repressive.

Your short fiction is quite different from Will Poole’ Island. Can you talk about some of the differences between writing short stories and writing a novel? 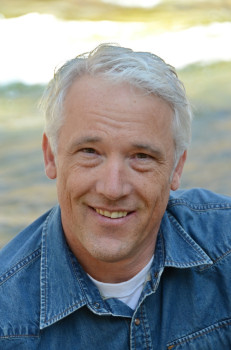 I became a writer because I loved to read growing up, and novels were mostly what I read. I didn’t get interested in short fiction until I started trying to write it. Short fiction is a more difficult form (as you know!) in that it has to be perfect, while novels can accommodate flaws as long as the underlying infrastructure is sound. On the other hand, there’s a good deal less at stake in short fiction; if a story doesn’t work, you can consign it to oblivion with only a twinge of regret. A novel is more of an investment. This is years of your life we’re talking about! So if a project fails (and I’m speaking from hard experience here; it’s happened to me more than once), the aftermath of that failure can bring to the fore some very difficult existential questions. But I love the novel form, not only because it’s still the most important feature of my reading life, but also because I find it to be irresistibly immersive. It’s capacious enough to encompass the fullness of human experience, the sweeping and the quotidian, darkness and light, love and death, mythology and history and philosophy and even entire cultures and landscapes. Short fiction doesn’t have that kind of scope. It’s more pointed. I enjoy writing in both forms, but these days I’m spending more of my time and energy on novels.

So is another novel coming down the pike? Can you tell us anything about it?

I’ve always been superstitious about discussing works in progress in much detail, but I can say that there are actually two novels coming down the pike: one historical, one contemporary. Early drafts of both novels are complete, which is why I feel more or less safe discussing them. The first is based on the true story of two highwaymen from Ireland who emigrated to New England in the 1820s, and the second is set partly in Cuba, a country where we’ve both had quite a few interesting experiences. I also have several short stories coming out in the next few months and I’m working on putting together a collection. So, plenty to keep me occupied!