Aerogrammes and Other Stories, by Tania James

Suspense-laden opening sentences are only the beginning of the pleasures found in Tania James's wide-ranging new collection.

I like to read short stories one at a time for the same reason I like to eat meals one at a time—they’re created to be separate experiences, and I need time to digest one before I can properly enjoy another. But Aerogrammes made that difficult. I’ve gotten in the habit, when reading collections, of previewing the first few lines of the coming story (just a taste!), and Tanya James’s first few lines were enough to make a glutton of me.

Consider, for example, the opening of “The Gulf”:

In later years I will come to avoid him, but for now, I am eight years old, and the man everyone says is my father is sitting in the living room.

The sentence brims with suspense. Why does everyone say he’s her father? If he isn’t, why would they say it? If he is, why does it need saying at all? And why does sitting in the living room call for this kind of spotlight, this sense of occasion. And what will happen that later causes the narrator to avoid him?

And so I had more than just a taste.

James does this again and again. Her hooks provide enough information to imply interesting conflict, yet withhold enough to provoke curiosity. In “Lion and Panther in London,” we get this: “Gama the Great is bored.” In “Ethnic Ken,” we get this: “My grandfather believed that the guest bathroom drain was a portal for time travel.” In “Girl Marries Ghost,” we get this: “That year, thousands entered the lottery for only a handful of husbands.” “Escape Key” begins:

All throughout childhood, my older brother refused to jump from the high dive, a phobia for which I gave him constant hell. “Amit is a chickenshit!” I’d yell, while leaping flamboyantly off the board. At twenty-nine, he dove off the roof of his buddy’s three-story condo.

The stories that follow these hooks don’t disappoint. Readers who enjoyed James’s debut novel, Atlas of Unknowns, will recognize her subject matter and style, but the range, wisdom, and poignancy in these nine stories keep them fresh and original. Many are about Indian Americans in various phases of assimilation, and the resulting conflicts in cultural identity or generational values. An Indian dancer who has immigrated to Illinois bleaches her face for a performance. A girl in Louisville tries to make sense of a grandfather who believes he is trapped in the past in India. Two Indian wrestlers travel to England in 1910 to become world champions. There are plenty of interesting garments and exotic dishes in these stories, but there are also stories from which India is entirely absent, and others in which it is mostly immaterial. None seems out of place, though, because James’s deepest concern in every story is the loneliness and connection that exists inside families, and that’s what makes these stories worth reading. It is, for my money, the true subject of most great literature. In “What to Do with Henry,” the story opens with a dead chimpanzee hanging by its ankle in a trap while its baby squeals beneath it. A woman from Ohio, in Sierra Leone to collect her husband’s illegitimate daughter, adopts both primate and girl. The chimp, Henry, and the daughter, Neneh, both assimilate quickly to life in Ohio, growing up almost as siblings—their close bond severed only when the family must donate Henry to a zoo. James lets us witness both creatures’ descent into isolation and loneliness, even as they try to reconnect. That’s a theme that transcends nationality, heritage, and, in this case, species.

The stories also offer a formal smörgåsbord—historical fiction; speculative fiction; a letter from the editor of The Scriptological Review, which is an imaginary journal “dedicated to the social analysis of handwriting.” James writes from the perspective of women and men, children and adults and the elderly. “What to Do with Henry” contains multiple points of view, including that of Henry, the chimp (though at a distance). James handles nearly all of it with authority and grace. I did balk at the first-person story whose male protagonist draws himself a bath after casually referencing a loofah, which my girlfriend tells me is a kind of sponge. But that’s a small complaint, considering the formal ambition and dexterity James displays.

And James’s formal choices always serve a purpose other than simple variety or innovation. The forms offer different angels into the characters to better reveal their longings and insecurities. The Scriptological Review, for example, has become an obsession for its editor, who is determined to understand his father’s suicide through clues in his handwriting. In “Lion and Panther in London,” the wrestlers Gama and Imam, brothers, are actual figures from history, but James imagines their escalating victories in a way that reveals the strains and, ultimately, the strength of their bond.

These feats of emotional range and inventiveness require a precise clarity of vision, especially in a collection as cohesive as Aerogrammes. Along with James’s compassion and wit, not to mention her crisp, luminous prose, that vision makes the stories in Aerogrammes a delight to read, whether in prudent intervals or a single glorious banquet. 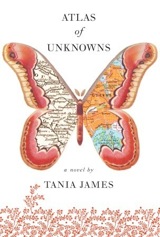