With her personal take on the best of sex writing from 2009 (or, rather, 2008; the title is a bit of a misnomer), Rachel Kramer Bussel notes that “You don't have to look far to find sex, but you do have to get a bit bolder when looking for writing and thinking about sex that doesn't play to the lowest common denominator."

I’ve always found anthologies a bit difficult. Although they often claim to center around one particular theme, they always seem to imply a lack of commitment. Bouncing from one writer’s thoughts and manner of expression to another, they create a very uneven terrain. And then there’s the dilemma of whether we should judge anthologies by the best or the worst of their inclusions.

Despite these problems, Rachel Kramer Bussel‘s Best Sex Writing series has become a yearly fixture at my house. With her personal take on the best of sex journalism from 2009 (or, rather, 2008; the title is a bit of a misnomer), Kramer Bussel notes that “You don’t have to look far to find sex, but you do have to get a bit bolder when looking for writing and thinking about sex that doesn’t play to the lowest common denominator.” I would absolutely agree with this statement, even though I always find myself wondering why she hasn’t yet published anything from my own sex news and views website. 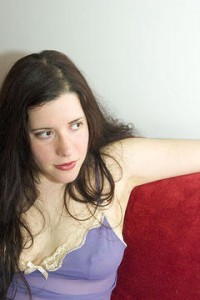 The collection’s first offering, “One Rape, Please (to Go)” by Tracie Egan, is a make-or-break piece, setting an odd tone for the rest of the anthology. The title alone may get readers’ hackles up, and Egan’s cavalier attitude about her self-described “rape fantasy” is certainly off-putting. Her refusal to analyze this troubling terminology (i.e. how can it really be “rape” if it’s something you want to happen?) doesn’t help matters, though ultimately the piece is an interesting exploration of one woman’s attempt to satisfy a controversial fantasy. It’s definitely more fluffy than I would have expected for a “best of” anthology, but certainly grabs the reader’s attention right from the start.

The best article in the collection is without a doubt Mary Roach‘s “The Immaculate Orgasm: Who Needs Genitals?” Roach, the author of Bonk: The Curious Coupling of Science and Sex, is great at bringing scientific exploration on sexual subjects to the public in a thorough yet light-hearted manner. This particular piece focuses on the science behind orgasm, which isn’t quite as straightforward as one might imagine. Indeed, the piece explains how people who have experienced spinal cord injuries can still achieve orgasm—which, in turn, allows scientists to develop a clearer definition of orgasms more generally. Roach interviews and shadows professor Marcalee Sipski, who presents the concept of “nongenital orgasms,” which can occur in before epileptic seizures, in dreams, or even as “thought orgasms.” The piece is in-depth, wide-ranging, entertaining and educational, and absolutely meets my own criteria for the best in sexual reporting.

Honorable mentions include “Sex Offenders!!” by Kelly Davis, “Is Cybersex Cheating?” by Violet Blue, and the short but sweet “Silver-Balling” by Stacey D’Erasmo, where even the most profligate lovers are confounded by the name of an unfamiliar sexual act.

EDIT 5-5-09: This review has now also been published in Black Heart Magazine.

A Memory of Violets, by Hazel Gaynor