"The first four stories in this collection are as good a run as I’ve read in any collection in years."

Lately I’ve been listening to Jonathan Goldstein’s podcast Heavyweight, in which Goldstein helps negotiate long overdue reconciliations between people. It’s sometimes funny, sometimes slight, and sometimes devastating. Each episode has its own arc, its own themes, but taken together the episodes might lead a listener to ponder the very nature of reconciliation, why some reconciliations fail and others succeed, one’s own tendencies toward avoidance or confrontation or forgiveness. Goldstein’s accumulation of unique stories set within a larger pattern creates a deeper subject. And this, ideally, is how linked short story collections work. 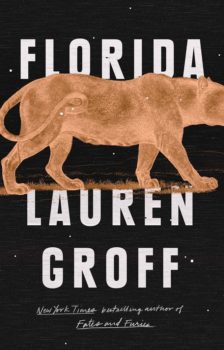 It’s an oft-repeated dictum in creative writing circles that if you want to publish your book of stories, it had better have some kind of connection—either conceptual, thematic, or narrative. The choice to link one’s stories can be a crass decision, driven by the marketplace and made by MFA students anxious to turn their workshop submissions into books, or by tenure-line professors anxious to meet the demands of annual publication and book production. But for the best writers, the connected story collection is a form that delivers a pay-off that less consciously grouped stories cannot. This is exemplified by Florida (Riverhead), the most recent book from Lauren Groff, previously the author of four works of fiction, including the novel Fates and Furies, famously named a favorite by President Barack Obama.

One might be forgiven for believing that the most important link in a group of connected stories titled Florida, would indeed be Florida. And yes, admittedly all of these stories are set in Florida or contain a Floridian. But this ultimately is less important than you might expect. Florida is after all a much bigger place than Winesburg, Ohio, and to claim one book could cover all its territories would be a folly.

Many non-Floridians seem to view Florida as a live-action internet meme, a state populated over and over by the infamous Florida Man. And while I will acknowledge that I once woke to the headline “Florida Man Found Driving Around with Traffic Sign Embedded in His Skull” and that a startling number of my South Florida days end with the news that a retiree has driven a car into a building or a drug-addled man has stripped naked in the Publix parking lot and taunted the police, there are many Floridas. And if the internet has taught us anything, it is that Florida Man is everywhere. Drug-addled men, bad drivers, and Darwin Award–worthy criminals are everywhere. So are con-men and snakes. Groff’s portrait, thankfully, is not of that Florida, or those Floridians. What’s here, beautifully, is natural Florida, the flora and fauna of Florida, the Florida that awes and terrifies in equal measure.

The first four stories in this collection are as good a run as I’ve read in any collection in years. They are immersive and moving and startling. Reading them, you enter a dream state that is an exact match to finding oneself lost in the Everglades. And reading them, you might indeed think this is just a book about Florida. But remarkably the collection takes on more and more weight as subsequent stories shift into different gears.

In a long-ago Lannan Foundation interview, Toni Morrison said that in writing her novel Beloved she wanted to create something both “narrow and deep.” This formation, “narrow and deep,” has always struck me as the perfect description of the short story form. And when one assembles a linked collection the hope is that grouped together, the individual stories get deeper.

Take the title story of Tim O’Brien’s The Things They Carried. Obviously a story about the horrors of the American war in Vietnam. Many a high school English paper has been written about Lieutenant Jimmy Cross as a Christ figure. But when that story is read in combination with another story in the collection, “How to Tell a True War Story,” a second layer appears. “The Things They Carried” also becomes a story about telling stories. So it is with Florida. With each story, new patterns and themes emerge, yielding a deeper meaning than they could achieve on their own. 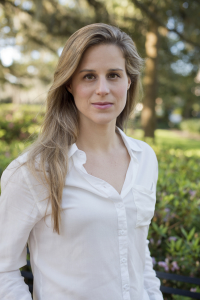 One such pattern is the way Groff builds two dramas into nearly every story: first a perceived threat and second the inability to judge whether that perceived threat is real. In “Salvador,” a woman on vacation blithely goes out in a hurricane-esque storm in Brazil. In a fire-to-frying pan situation, she is rescued from the storm by a drunk and lecherous grocer. This is a threat we see in a number of Groff’s stories: men. Husbands cheat, grocers paw, boyfriends get you killed on a drug run. But still the bigger threat is fear. In “Salvador,” the grocer never attacks—it is unclear if he ever meant to—and that may be the real point. This is what it is to be a woman, so often: wondering whether you are foolish to be afraid or foolish not to be.

In “Above and Below,” a graduate student slips suddenly into homelessness in what seems, at least partially, to be an attempt to punish her mother for not worrying about her enough. This is an inversion of another of Groff’s patterns, the mother who can’t stop worrying. And as with any variation on a form, this story, which breaks the pattern, calls attention to the pattern.

Many of Groff’s mothers belong to a certain breed of mother, as does my own, who believe it is only their worrying that keep their loved ones safe. These mothers become the perfect metaphor for our current age of anxiety. Florida’s first, and stage-setting, story, “Ghosts and Empties” begins, “I have somehow become a woman who yells….” It is this “somehow” that seems to be Groff’s central concern in one story after another. What does it mean to be an American, and especially an American mother of young children, living under the constant threat of so many forces—politicians, climate change, bird flu—that are out of our control and difficult to even identify.

Weather also matters a great deal in these stories. Hurricanes feature prominently in “Dogs Go Wolf” and “Eyewall.” Storms provide plot points in “For the God of Love, For the Love of God” and “Salvador.” Rain comes up from behind like an advancing army over and over. Characters can see it coming, but still they get wet. Weather, one more thing we can’t control.

So I will say again, it is not so much that these stories are about Florida—but rather here Florida has become a synecdoche for the United States. A place of beauty and horror that feels murderous. “It’s too much, it’s too much…” the narrator of “Ghosts and Empties” shouts at her husband at the end of her nightly neighborhood walk, only to have him reply, “I don’t think you’ve walked it off yet, sweets.” The “it’s” and the “somehows” are the ominous and unidentifiable twenty-first century antagonists shadowing Groff’s Florida.

“An eden of dangerous things,” says the mother-worrier in “Flower Hunters.”

A place, and a feeling, many an American will recognize.