"Be warned, readers of LaRose: you will be knocked breathless many times throughout these pages."

LaRose Ravich, the young boy at the center of Louise Erdrich’s fifteenth novel, is an “old soul,” inheritor of the special family name—LaRose—with its accompanying mantle of wisdom and power. Once, carrying out his responsibility to protect his complex, damaged, extended family, he attacks a gang of older boys to avenge his violated sister. In the midst of this fight, LaRose is knocked breathless with such force that he sees his soul briefly detach from his body and hover above. Be warned, readers of LaRose: you will be knocked breathless many times throughout these pages—by the raw pain and suffering experienced by the Ravich and Iron families, and by their passionate, transcendent endurance.

Writers will also be knocked breathless by the power of Erdrich’s craft. As she has in previous books, Erdrich takes us into the specific world of many generations of linked Ojibwe families in North Dakota, while connecting us to universal human experience. The story of LaRose and his families occurs in recent time—the turn of the millennium, during the era of “shock and awe” and Desert Storm—but the current story plays out against extended flashbacks of the lives of LaRose’s grandparents and prior generations. 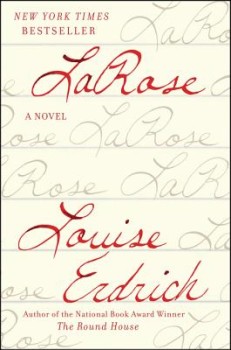 Neighbors and relatives, the Ravich and Iron families become both deeply bound and deeply estranged when LaRose’s father accidentally kills LaRose’s best friend, five-year-old Dusty Iron. In restitution, LaRose’s parents, Landreaux and Emmaline, surrender five- year-old LaRose to Dusty’s parents, Nola and Peter, according to an old Ojibwe custom. These pages about losing a child—for both families—are almost unbearably painful to read, made even more keenly so in light of the current news of drowned refugee children washed ashore in the Mediterranean, of families here and around the globe separated by poverty, violence, and evil misfortune. Sometimes, guiltily, I have skimmed the paper or turned off the radio in light of this relentless news. And, sometimes, I flinched and put this book aside.

But just as I eventually returned to the news, so too I resumed reading LaRose. Life goes on for the Raviches and the Irons, as it always must—not smoothly, but onward. And here, over time, grief is leavened with the ordinary distractions and occasional amusements of family life. For example, when LaRose’s sisters play beauty spa and raid the refrigerator for their hair treatment, they leave behind no mayonnaise for their brothers’ sandwiches. Life goes on but, as is always true, the dead never quite leave. The preternaturally, supernaturally wise LaRose looks after his shattered, blended family—living and dead. He tells ghost playmate Dusty, “We love you, don’t cry. Sorrow eats time. Be patient. Time eats sorrow.” Over time, over the course of the book, sorrow does eat time and time does eat sorrow. LaRose and his estranged families fight their way to equivocal victories—tentative sobriety, validating “kills” on the teenage volleyball court, reprieve from suicidal depression, an invitation to reconcile at the table, to share a celebratory feast.

The book ends with that feast, though this novel is a feast throughout, replete with every kind of appetite: for blood and revenge; for sex and for love; for forgetfulness and relief from pain; and for life, for drink, for drugs, and for food—lots and lots of food, including fry bread. 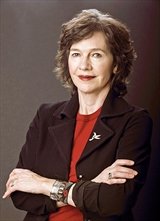 I tasted that delicacy once, when I was seven, visiting my aunt and uncle on the Navajo reservation. Erdrich’s feast triggered memories for me of a party, a celebration marking the completion of the sheep-dip. My aunt’s friend, Mrs. Blackgoat, tried to bind my pale straw hair into a “squaw knot,” and introduced me to Ida, a girl my age. Ida and I briefly became pen pals but she stopped writing after she went to boarding school. Reading passages in this novel about the boarding school experience of attempted deracination masked as education, I remembered Ida falling silent. And there is also a different kind of boarding school in this novel—the “reservation boarding school for crisis kids” that LaRose’s biological mother Emmaline Ravich founded and runs. At her boarding school, Emmaline tries to save kids, and sees her real job as neither education nor administration but “heartbreak mitigation.”

Heartbreak mitigation: that’s not only Emmaline Ravich’s job, as it has been Louise Erdrich’s task, too, since her 1984 debut novel, Love Medicine. She did it for me when one of my own old ones lay on a gurney in the emergency room.  I sat vigil, with the Advance Directive and Power of Attorney in my bag—the documents to help her out of this world if necessary. We’d been here before, but this seemed to be it: the game-changing, game-ending fall. To distract her from the excruciating pain, I read aloud from my library book, grabbed up in haste with the documents: Erdrich’s The Painted Drum (2005). My old one was a great reader, and a fan of Erdrich. I read aloud, for the hours we waited until she had a bed, until the medicine kicked in, until she half-slept. She was a great reader, my old one, and also a great listener—even in such pain that I could see her soul separating from her body. She listened, which eased my pain, if not hers.

Thank you, Louise Erdrich, for heartbreak mitigation: for all of us, in every prior book, and, once again, with LaRose.