"I needed a break from the harried young mother and I gave my ghost a voice."

"Every character in this book works," writes Ellen Prentiss Campbell in her review of this new book. "Among the greatest pleasures of reading this novel is Freud’s detailed and well-integrated research into the truly labor-intensive life of a seaside village in 1914."

Esther Freud’s eighth novel is a quiet coming of age story set in the seaside village of Walberswick, Suffolk, in 1914. Out of step with the times, out of pocket, and out of favor, architect Charles Rennie Mackintosh and his artist wife, Margaret MacDonald Mackintosh, have retreated from Glasgow and rented a cottage in the village. Young Thomas Maggs, whose first-person perspective narrates the book, and who is the only surviving son of the local innkeeper, becomes fascinated by the exotic strangers. Mackintosh—lame like Thomas—befriends the artistic boy, encouraging his drawing. And as often as he can, Thomas escapes from his drunken father and downtrodden mother to ramble and sketch with Mackintosh and take tea with the couple. He studies their loving relationship closely, and also the spare and beautiful aesthetic of their make-shift cottage home. To his amazement, sticks and twigs serve as decoration against bare white walls. Thomas discovers that making art is work, and makes other discoveries over the ensuing months. He struggles to reconcile love and cruelty in his own family, to interpret the mysteries of desire, sex, birth, and death, and learns that in wartime fear and suspicion may crystalize around the unfamiliar and demand scapegoating, sacrifice, and exorcism.

Great-granddaughter of Sigmund Freud and daughter of painter Lucien Freud, the author is adept at close observation of nature and human nature. Combining a painter’s eye and an analyst’s sensibility for telling detail, her prose offers both vivid description of the natural world and psychological exploration of personality and motive. Her richly detailed realistic narrative of village life is as tied to its community, setting, and vanishing era as novelist Flora Thompson’s classic semi-autobiographical Oxfordshire trilogy Lark Rise to Candleford (1945) or sociologist Laurence Wylie’s study of a community in the Pyrenees, Village in the Vaucluse (1957).

Here in 1914 Walberswick, the forces of nature, weather, money, work, love, and desire drive the characters and determine events as relentlessly as in the psychologically intense communities of Thomas Hardy’s Wessex or George Eliot’s Hayslope. Residents of Esther Freud’s Walberswick struggle with internal conflict, relationships under strain, economic hardship, and the external threats of zeppelins, bombs, storms at sea, and the uncertainty of transition as industrialization begins to transform an agrarian way of life. 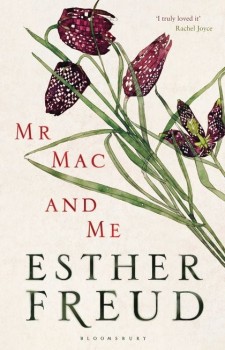 Esther Freud knows the community and history of Walberswick well. Her paternal grandfather, the architect Ernst Freud, and his family alighted there upon fleeing Germany in the 1930’s. For thirty years she herself has been retreating from London to the village, and fifteen years ago she purchased a weekend home there—the village’s former inn. In conversation with The Guardian, she explained the inn’s owners sold it to her on the condition that the entire contents convey (including, for example, a jug labeled “Does not pour very well” and the “spare key for the spare room telephone”). The prior owners also provided a brief written history of the inn’s former residents. Freud learned that there had been more than one suicide by drowning in the well, and that Charles Rennie Macintosh had once stayed there. After the author and her family moved in, she became familiar with a haunting presence “that hovered by the back door…I knew it was a boy…of about 10 or 12…He was sad, and proprietorial, had one lame leg, and I accepted he had been there a lot longer than me.”

With such resonant material all around her, the author told The Guardian, “I always knew I would write something about the house,” and began a novel about a contemporary woman who buys and renovates the inn. However, about eighteen months into that draft, bored and impatient, she “changed tack,” saying, “I needed a break from the harried young mother and I gave my ghost a voice.” And thus the ghostly presence she sensed lingering by the doorway became her narrator, Thomas, and his imagined friendship with Macintosh during the architect’s sojourn in Walberswick ultimately became the focus of her research and the novel.

Sigmund Freud, according to Erik Erikson, said that love and work are fundamental to a full life. Love and work are certainly the foundations of this novel, as Thomas learns about both over the course of the story.

The boy is a little in love with the beautiful Margaret Macdonald Macintosh and stirred by her erotic drawings. When Margaret goes to visit her sister in London, Thomas and his sister Ann steam open the letters Charles Rennie Macintosh entrusts him to post to his wife. Ann wishes her sailor fiancé wrote letters like these home from the Navy, and Thomas uses them as models for notes he writes but never delivers to a girl he fancies. How different the Mackintosh marriage is from the examples of love gone awry Thomas encounters: the beatings his mother endures at the hands of his alcoholic father, and the near tragic outcome of his sister’s dalliance with a soldier billeted at the Inn.

Every character in this book works. Among the greatest pleasures of reading this novel is Freud’s detailed and well-integrated research into the truly labor-intensive life of a seaside village in 1914. Men fish, farm, and tend bar. Women skin rabbits for the stew pot, clean, and brew herbal medicines. Girls gut herrings for market, hire out to the gentry, aspire to nursing school. Thomas himself (until replaced by wind-power) brings home a few pence from working for the local rope maker as a human spindle:

He wraps the strick of hemp around my waist… “Ease it out gently,” he says, sitting at the wheel, “don’t let it plait until each strand is twisted tight.”

I keep the yarn as taut as I can and tread back carefully…it’s not long before my arms are tiring. At first I’m sure I’ve got something wrong, the three strands are spinning tight enough to curl into a ball, but when I’m halfway down the garden they catch against each other and I grin as the first coil of rope is formed.

And the Mackintoshes become the boy’s model for artists at work as he begins to learn the work of making art, the craft of drawing from his friend “Mac”; Thomas watches him sketch, emulates him, and pages through the couple’s folios of pictures and architectural plans with baffling German captions.

And finally, every page of this novel bears the imprint of the author’s own love and work. Her admiration of her subjects—the villagers and the artists—and her fine craftsmanship are evident. Careful research, seamlessly integrated into a well-crafted and well-told story, creates a warm homage to a visionary architect under-recognized in his own time, and to a community and bygone era.