Robin Oliveira's debut novel, My Name is Mary Sutter, tells the story of a woman hell-bent on becoming a surgeon at a time when no woman in this county had been admitted to medical school—during the Civil War. The novel's richly described world both helps us imagine the setting and leads reviewer Helen Mallon to this question: How can research best represent a world in historical fiction? 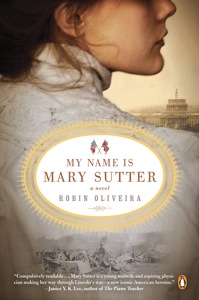 Writers of realistic fiction strive for verisimilitude. As our characters pull on their boots to slog through the mud, to argue, to fight, plan, and dream of revenge or a moment’s peace in the sun, we want readers to smell and taste their sweat. The invented world of a novel must compete, after all, with the gravity that the real world exerts on the reader’s attention.

Writers of historical fiction have a particular challenge, as readers may already presume familiarity with the world on which a story is based. The fractured settings of the Civil War are particularly vivid in the minds of Americans, thanks to everyone from Stephen Crane to Ken Burns to Doris Kearns Goodwin. Why all this attention? Perhaps what Abraham Lincoln described in the Gettysburg Address as the “testing” of a nation vulnerably predicated on equality between men is closer to the anxiously oppositional minds of Americans than we care to admit.

From debut novelist Robin Oliveira, My Name is Mary Sutter (Viking, 2010) is the gutsy tale of a youthful Albany, New York, midwife who becomes a nurse to soldiers of the Union Army—men who were more likely to die from now-preventable infections than they were from gunshots. Above all, Mary is hell-bent on becoming a surgeon at a time when no woman in this country had been admitted to a medical school.

The story begins with Mary’s thwarted attempt to apprentice herself to James Blevens, a surgeon in Albany; on the heels of that rejection, she must also flee from her twin sister Jenny’s marriage to the young man Mary loves. Mary’s service as a volunteer nurse in the nation’s capital is nothing if not wholehearted. Her ferocious desire to learn the art of surgery drives the plot, even as it charms the widower Dr. William Stipp, who runs the unstaffed and decrepit hotel-cum-hospital to which she attaches herself.

Mary’s choices, echoed by Oliveira’s accounting of the high-risk guesswork of Civil War medicine, form the novel’s moral center. As a subplot, the author takes on the president’s struggle with military strategy. The ripple effects of war move relentlessly through Mary’s family, while the tragic outcome of her relationship with Jenny reveals the ambiguity at the heart of Mary’s idealism.

While the novel is told mostly from Mary’s point of view, Oliveira zooms confidently between cinematic observation—often used to provide background for a new chapter or record the progress of the war—and her characters’ detailed thoughts. This larger picture and the use of an omniscient narrator are appropriate since Mary’s individual story was shaped by a particular historical context. “Nearly 20 women became surgeons after their experience nursing in the Civil War,” Oliveira tells us in the preface. One of her goals is to humanize that achievement through her heroine.

For the most part, the point of view shifts work seamlessly. The author is unafraid to reinterpret the sacred space inhabited by President Lincoln, though she does so sparingly, keeping the story focused on Mary Sutter. Oliveira unpacks the President’s inner conflict as, in despair over his son Willie’s death and the protraction of the war, he climbs a spiral stair to a parapet on the roof of his house and gathers the resolve to issue the Emancipation Proclamation: “It had not been his intention to liberate, but now? Now it was.”

The overarching point of view succeeds especially well in depicting the struggle between stolid Mary, at twenty already a dedicated and expert midwife, and her pretty twin Jenny, the ingénue. The conflict simmers through the first seven chapters, and bleeds into Mary’s motivation for becoming a war nurse. As the story opens, Jenny is engaged to their next-door neighbor Thomas Fall, the bland young man who initially showed interest in Mary. While Mary’s attachment to the conventional Thomas is somewhat unconvincing—Mary “could never bring herself to care about ordinary things…like whose husband she might covet should the opportunity arise”—we feel the push-pull in each sister as they try to make nice, despite their antipathy: “’Help me, Jenny,’” Mary appeals as she tries to convince their mother to let her leave home.

But Jenny hoped the war would never begin…to her great relief nothing terrible had yet occurred. ‘They will be home very soon. And you will have exhausted yourself for nothing,’ she said. Mary perceived the caution, but also the abandonment.”

Ultimately, it is Mary—pulled away by her desire to learn surgery, and kept away by the horrific need she encounters among the devastated Union army— who abandons Jenny.

Both battles and scenes of ordinary life are cinematic, illuminated by Oliveira’s high-wattage research. Gothic detail abounds in this version of the 1860s. At times the details even overwhelm the story, raising the question of the author’s intention. Having done the research, is Oliveira loath to omit anything? Is she striving to represent a world by filling it with as much stuff as possible? Is she suggesting that the Civil War belonged to an epoch of such foment that, in the words of nurse Walt Whitman, a single mind might “contain multitudes”?

Through the course of the book, we encounter icicle-hung cemetery vaults, thronging war-zealous crowds, and acrid, anthracite-smelling canal barges in Albany, Mary’s hometown; the “wailing of street denizens,” mud-leaking tenement walls, and Irish singers of “Danny Boy” in Manhattan City; in Washington City, we are given an insider’s view of the “tattered rugs” and “dingy walls” of President Lincoln’s shabby house (as well as his clothing), near which a canal reeks with odors of sewage produced by the recent influx of 75,000 unskilled volunteer soldiers into the capital.

The first glimpse inside the Sutter home is from the point of view of James Blevens, who does not expect to find wealth. He and Mary are bringing in a young woman who has just given birth. In the process of settling the mother in bed, he encounters about a dozen telling details that reveal the family’s economic status. There is nothing wrong with visual detail—it makes the house interior vivid, and naming the titles of three of Mary’s medical books highlights her passion for medicine—but the impression of a wealthy, comfortable home could be created with far fewer images. 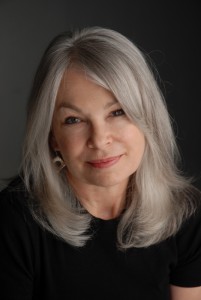 It may be that in order to achieve the all-important verisimilitude that will keep readers engaged, recreating the familiar world of the Civil War requires an increasing investment in detail on the part of novelists. Maybe it’s not enough to describe the streets of Albany, New York, in 1861—you have to name them as well. But more isn’t always better. The accretion of detail contributes to an unrelenting intensity that begins on page one with a dramatic birth scene, continues at a gallop through fifty-three chapters, and does not let up until the epilogue, where we see Mary established in her post-war career, her hair “gloriously silver.”

Oliveira uses the verb “extortion” to describe Mary’s relationship with the New York physician-widower Dr. William Stipp, who becomes her mentor in medicine. Yes, it’s true that without incredible tenacity, no woman would have succeeded in becoming a surgeon in this era. However, Oliveira guns for intensity on every page, even in her use of metaphor, where she pushes lyrical language into a hyper-romanticism that will alienate some readers. Unless your main character is as memorable as Hamlet, it seems overreaching to evoke Shakespeare’s lines about the “wand’ring stars” standing like “wonder-wounded hearers” above the tragedy of Denmark. More than once, as the action unfolds on earth, Oliveira calls for an emotional response on the part of the heavens. Amid the stress of war and at the height of her family crisis, Mary refuses to leave the work and Dr. Stipp. “The stars grew pale and reserved, as if in judgment,” as she tells Stipp, ‘You’ll regret everything that happens between us.’”

Why he would regret their relationship, we actually never find out. The truth is, Stipp can’t do his job without Mary’s help, she relieves his loneliness, and they never argue except about her insistence on overworking. Mary wins every time, and his admiration for her only increases. There are no negative consequences to Stipp’s career when he finally agrees to teach her surgery. Mary’s dire warning about their relationship suggests that in this novel, some romantic tension is torqued up mostly for effect.

In fact, the plot—the growing suspense of how the war affects Mary and her family, and the choices she and others make in response—is at times submerged by language chosen to keep events at fever pitch. During a tense dinner scene with Blevens, Mary interrupts her younger brother’s cheerfully expressed desire to enlist in the army by announcing, “’Dr. Blevens is going to the war, too’…It was as if someone had declared war in the dining room.” Later her mother Amelia observes to Blevens that “[My daughter] speaks [to you] as though our accomplishments were daggers.” After all this, Mary’s secret departure from home feels anticlimactic.

The wealth of detail is most effective in Oliveira’s descriptions of sometimes brutal medical procedures in both childbirth and battlefield. Precise detail is the best way to convey to a modern reader just how far medicine has come since Mary Sutter’s day. The author is herself a nurse, and Mary’s compassion for—rather, her obsession with—the vulnerable human body is channeled through some of the book’s loveliest prose.

During a difficult birth, “Mary slipped her hand into the warm glove of Bonnie’s body and began to probe.” Tending to her sister’s wounded husband, “Mary was bending close to him, but her face was blurring and a sweet, thick perfume was falling through the air, filling him with such fatigue. She whispered and the words were strung out, stretched on a bed of sleep.” Even a grisly amputation scene reveals tenderness:

The saw teeth bounced over the shiny, hard surface…[Mary] slipped into that place deep inside her that was more prayer than thought. Again, she drew the saw over the bone…And then, suddenly, the bone separated and the weight of the leg fell away. No baby to manage, Mary was stunned, uncertain what to do next.

Historical fiction is inevitably an interpretation. It succeeds to the extent that it allows readers to inhabit the lives of characters whose culture, mores, and daily experiences may differ radically from our own. In Civil War novels, we see not only where we have been, we experience the unfolding of a great test of American democracy, the shape of which is still being formed and in which we ourselves are characters. My Name is Mary Sutter is a tribute to medical pioneers who endured grinding hardships as they strove to develop humane medical care. They also stood their ground regarding the rights of women and enslaved Americans. Mary herself is a symbol of what women have historically brought to the American experiment, showing incredible tenacity in the face of injustice and patient nurture in the aftermath of violence. Although she is fictional, she deserves our praise. 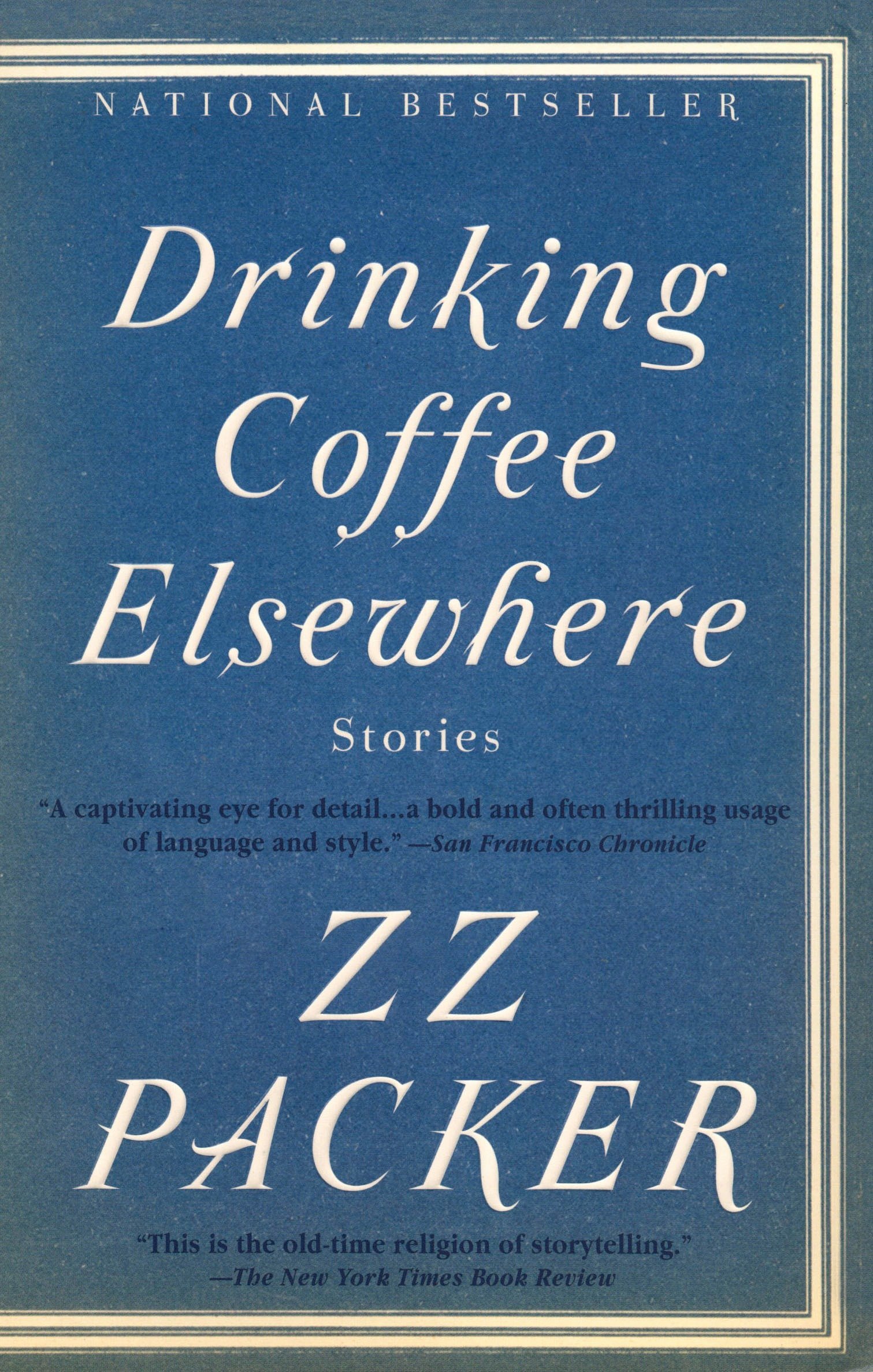 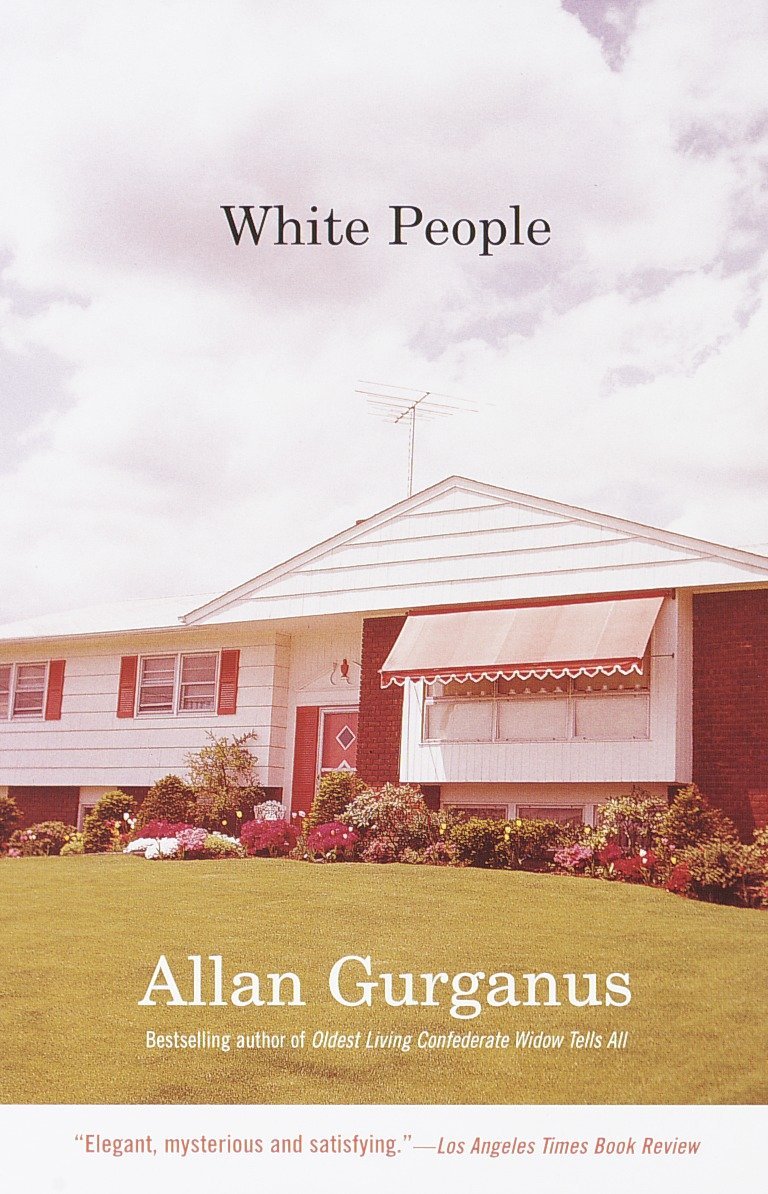 Subject Position as Craft Tool: An Investigation (Part I)