The Hakawati, by Rabih Alameddine

Rabih Alameddine’s latest novel, The Hakawati, is itself about the power of a good story—its ability to engage us and, when collected with other stories, make us who we are. The narrative takes readers from a hospital in present-day Beirut to a Lebanese village in the years before World War I, to the mythic medieval past of the Middle East. Some stories simply begin of their own accord, and others grow from tales already being told. For instance, the story of the hero Baybars, which stretches across the novel, is told within another story by an emir who hopes, through the telling, to ensure his child will be a boy--further testament to the power of (and power of believing in) stories. 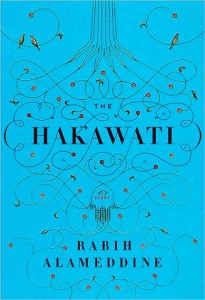 Though I hate to, I begin this review with a commonplace: Rabih Alameddine’s novel The Hakawati is a novel about storytelling. Whenever I come across this declaration, I think it a cop-out: to say a novel is “about storytelling” seems just a nice way of saying it’s not really about anything at all. But Alameddine’s novel is about the power of a good story—its ability to engage us and, when collected with other stories, make us who we are.

This book announces its subject with the title; a hakawati, as we learn, is a professional storyteller. And in case we lose sight of the novel’s focus, each of its four sections opens with a series of epigraphs testifying to the power of stories, from sources as diverse as the Koran (“And as to poets, those who go astray follow them”) and Baybars, which stretches across the novel, is told within another story by an emir who hopes, through the telling, to ensure his child will be a boy–further testament to the power of (and power of believing in) stories. 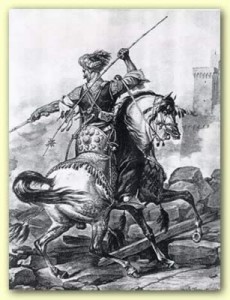 With this ever-shifting narrative, a reader may not immediately feel a strong attachment to any one of the stories–but each individual story sets its hook, giving us just enough of a deathbed scene, of a piece of family history, or of a fantastic tale to draw us further in.

What, then, is going on? What do the title and the epigraph point to? The Hakawati is a monument to the story, exploring its nature in several ways. First, it strips of detail the majority of the constituent stories—largely those set in the mythic past. Thousands of miles are traveled in a sentence, battles are fought in a paragraph, and a jinn’s lair receives only the simplest of descriptions. And most of these stories follow a set pattern. We know that the hero will prevail, that the villain will be undone. This sounds like a weakness, but instead it is a challenge—to the reader, to the writer, to the story itself. 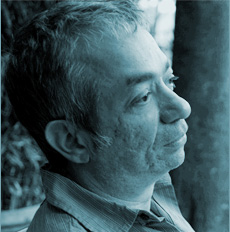 With the bareness of such stories, Alammedine asks, “What is the least I can give you to keep you hooked? How little does a story need?” In so doing, he puts the story under a microscope in hopes of discovering its most necessary parts, then reduces it to only those integral pieces. All that remains is motion and conflict. The story moves forward, the hero faces difficulty, and we follow, even if we know what we’ll find at the end. And yet, it’s not quite that simple. Stories are never easy things, and even as Alammedine shaves more away he shows just what and how much a story truly needs. These reductions would not succeed were it not for the characters that inhabit them and the particularity of vision that guides them. Motion and conflict, then, are only enough if they combine into something—depth of character, depth of vision—greater.

But this is just a minor experiment. The Hakawati’s larger project is to provide a template for the way we understand ourselves and our world. As we read on, and as we keep all those epigraphs in mind, we begin to understand what the book is doing. Mythic stories—of Baybars, of jinn and demons—are interposed with stories of the narrator Osama’s personal history and the history of his family. Here we learn of his grandfather’s birth, there we read of the twinned lovers Shams and Layl, elsewhere we read a vignette from Osama’s undergraduate years at UCLA in the seventies, and still somewhere else we find another installment in the story of Baybars and his companions outwitting the evil Arbusto.

In putting these stories together, Alameddine puts together the mythic and the personal, and the subtle point here is that to the individual these stories hold equal weight. Each builds Osama’s self, whether by illuminating his family (the portrait that emerges of Osama’s father, Farid, through these multiple stories is beautifully complex) or his cultural past. To him, the story of how his grandparents meet is as mythic as the story of Baybars. The first story is shared by only a few, the last by many, but both are equally important to shaping the consciousness that is Osama. 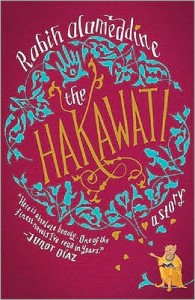 For Osama, who, in the present moment of the novel, has returned to Lebanon to be at his father’s deathbed, the stories transmitted in the novel are the full catalog of the stories that make up his being. We are all made up of stories, the novel suggests, personal canons of pivotal moments in our lives as well as fleeting experiences that make up our selves, and our selection of these stories is haphazard. Each story’s power over us comes not from any causal importance, but from its being told. For instance, the story of how our grandparents met could make a claim to importance based on its indispensability to our existence—if they don’t meet, we don’t get born. But none of us actually thinks about that moment, allows it to shape us in any way, unless it’s a story that has been repeated, that has become part of our family lore and so a building block, however small, of our identity. The stories that define us follow a separate logic than the logic of fact and record. It’s this logic that guides the novel’s structure. The novel meanders because Osama’s identifying stories meander. And the order isn’t constant. This is the chain of stories sparked by his being at his father’s bedside. The stories that define us are fluid, rising and falling in importance depending upon where we are in our lives.

We don’t see that much of Osama in this novel. Most of the stories here are stories of other people. But by the end we understand these stories are Osama—are the stories that make up his being in this moment. In reading them, we have traced his consciousness, and by the time we finish, we know him. 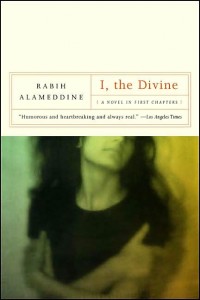 – Watch a 2008 interview on Titlepage.tv with Simon Winchester, Aleksandar Hemon, Rabih Alameddine, and Nam Le. Description of the episode, via Titlepage.tv:

Four authors discuss the riveting, global stories in their latest books, the strengths and beauty of the English language, and whether any writer can (or even should) try to represent an entire culture.

– Listen to Jacki Lyden’s interview with Alameddine on NPR’s All Things Considered:

– You can also read Lieron Devlin’s 2002 interview with Alameddine from the Mississippi Review Online after the release of the author’s book I, The Divine (Norton, 2001).

– Here are two of Alameddine’s short stories, published by Zoetrope.

– Buy one of the author’s books from your local independent bookseller.