"Just as the author prevents his good characters from becoming saints, he works hard to keep his villain malicious but not evil. "

Post Hurricane Katrina and the Deepwater Horizon oil spill, the characters in Tom Cooper's debut novel, The Marauders, struggle to survive in a world whose customs and cultures are rapidly "disappearing, crumbling to the Gulf.”

In The Awakening, by Kate Chopin, Edna Pontellier, still flush from a summer vacation dalliance with Robert Lebrun, invents a story over dinner about two lovers lost in a pirogue in Barataria Bay—a narrow passage between the Louisiana barrier islands of Grand Terre and Grand Isle, rumored to be the site of gold buried by the pirate Jean Lafitte. Edna tells her story in such a way that “every glowing word seemed real to those who listened” and her audience “could feel the hot breath of the Southern night; they could hear the long sweep of the pirogue through the glistening moonlight… they could see the faces of the lovers, pale, close together, rapt in oblivious forgetfulness, drifting into the unknown.”

Tom Cooper sets his debut novel, The Marauders (Crown), in the same bay now economically and environmentally ravaged by the one-two punch of Hurricane Katrina and the Deepwater Horizon oil spill. Like Edna’s story, “every glowing word” seems real from the novel’s opening sentences:

They came like specters from the dark maw of the bayou, first ghostly light in the fog, then the rasp of a motor: an aluminum powerboat scudding across lacquer-black water. From a distance the figures looked conjoined, Siamese twins. As the boat drew closer the bodies split in two under the moth-flocked floodlights. One stood fore, the other aft: the twin brothers Reginald and Victor Toup.

The “breath of the Southern night” remains hot in The Marauders, and the characters drift “into the unknown” that holds the promise of fool’s gold in the characters’ imaginations.

Told in alternating chapters, each character wants to drag something out of the “dark maw of the bayou,” putting a number of them on an unavoidable and awful collision course. For Reginald and Victor Toup, the “serpentine waterways and archipelagos of barrier islands” hide a goldmine of marijuana—“enough weed to get the whole state of Louisiana high for weeks on end”—that the twin brothers are willing to protect at any cost. Gus Lindquist, a pain-pill-popping, one-armed shrimper, robbed in the opening chapters of his thirty-thousand dollar myoelectric arm, inadvertently finds himself on the wrong side of the Toups, when his hobby of searching for the lost gold of Jean Lafitte puts him in the “crosshairs of the [brothers’] rectile scope.” A pair of misfits, Cosgrove and Hanson, who bond over committing a petty robbery together while doing community service, bumble into the twins when they decide to search for and rob the brothers’ island of marijuana after hearing about it in a forum on the Internet, “Ganjadude-dot.com.” 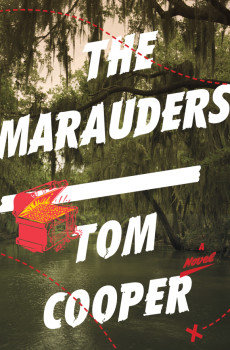 Hovering on the outer edge of the story, rubbing shoulders and occasionally sparring with the other characters, is the novel’s most sinister character, Brady Grimes. Born and raised in the Barataria, he holds the people he grew up with, whom he refers to as “coon-assess,” in contempt, and he loathes the seafood, the community, the customs, and the bayou itself, which he determines, “Third World countries would deem… an outpost of civilization.” Now living in New York City, he’s back in the Barataria “on behalf of the oil company,” offering ten-thousand dollar settlements to shrimp trawlers, fishermen, and property owners who’ve lost their livelihood to the crude oil washing into the marsh.

It’s beyond heartbreaking as a reader to witness Grimes swindle these people for ten-grand—“a pittance compared with what British Petroleum might have to pay years down the line,” the narrator notes—because the author so deftly renders the air of festivity that once accompanied the opening night of shrimp season before the Macondo blowout. In May, they shrimped for pinks, and in August for whites, and the shrimpers would gather with their families for the blessing of the boats, celebrated with crockpots of gumbo, accordion music, vest frottoirs played with rusty spoons, fais-do-dos, and Cajun dances. Now, however, “the sons and daughters of captains and crewmembers” are forced to work for the oil company putting up booms to stem the oil spill, or sell their boats and join a bigger crew to make a living, or face a shrimping season of diminishing hauls where two days of backbreaking work might only net eighty dollars.

Unsurprisingly, the shrimpers “almost always ended up taking the money.” Cooper, though, avoids portraying the men and women of the bayou as rubes with a heart of gold. Faced with Grimes, the fishermen and trawlers are defiant when asked to sign the settlement, slamming doors, running cons, issuing threats, and taking hard positions, saying, as one individual does, “You can set me on fire and ask to piss out the flames and I’ll never sign.” Even when forced by untenable circumstance to sign the papers, as many of them eventually must, they hold out as long as possible before becoming one more bayou casualty severed from a people, place, and custom that’s “disappearing, crumbling to the Gulf.” And, in doing so, we feel the tragedy even more keenly as readers. 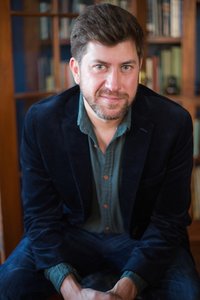 Just as the author prevents his good characters from becoming saints, he works hard to keep his villain malicious but not evil. Grimes grows to understand that his desire to collect signatures isn’t out of some sort of “allegiance to his company,” but out of a “resentful brinkmanship” against a group of people “who he’d never liked and who had never liked him.” The desire to punish the people and the place he was born in takes a physical, emotional, and spiritual toll on the man.

Cooper also manages to temper the black tide of violence, addiction, petty crime, resentment and desperation with seventeen-year old Wes Trench, a wounded character grieving his dead mother and the flawed relationship with his father but nevertheless full of hope, heart, and good conscience. Like all the novel’s characters, he seeks his fortune in the bayou but it isn’t illegal, mythical, or immoral. Trench is simply one of the few “bayou boys” who wants to grow up to be a “bayou man” like his father, grandfather, and great-grandfather before him. He dreams of starting a “new kind of shrimping business” that uses social media to “skip the middleman” and sell fresh shrimp “right off the dock.” Yet, his simple wish is threatened by the oil spill, cruel luck, and the menace of Grimes.

Trench is the novel’s beating heart. It’s his story that renders the surrounding mayhem all the more urgent and emotionally affective until as a reader you find yourself, like Edna’s lovers, drawn into the novel “pale, close together, rapt in oblivious forgetfulness” and more than willing to drift with the story into the “unknown.”