Is self-publishing really a viable option for writers? It is for Amanda Hocking. USA Today reports on the 26-year-old self-published success story: 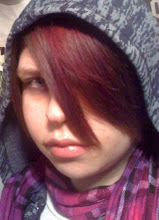 Fed up with attempts to find a traditional publisher for her young-adult paranormal novels, Hocking self-published last March and began selling her novels on online bookstores like Amazon and Barnesandnoble.com.

More astounding: This January she sold more than 450,000 copies of her nine titles. More than 99% were e-books.

Internet-fiction site Novelr analyzes how such staggering numbers are possible:

If you’re an indie writer, you get to sell books at a price way, way lower than what a Traditional Publisher can sell at. And yet you make more money, because your only costs are to an ebook and cover art designer (whereas the traditional publisher has to support a legacy system, plus the traditionally published author gets a 30% cut, while you get 70%).

In the meantime, readers are more inclined to buy your stories, even if you’re an unknown author, simply because your book prices are cheaper. So you get high sales, low ebook prices, but high revenue once you’ve hit sufficient scale. And the best thing is that it’s infinitely scalable: your ebooks are out there, getting sales every single day. No shelf-space, no print runs to worry about.

Start looking at numbers like those posted by thriller writer J. A. Konrath, and you might start thinking it’s possible for you too. But will the self-publishing model work for writers of literary fiction?

All of the epublishing success stories I’ve seen are genre writers; Amanda Hocking sits at the very busy crossroads of YA, vampire lit, and teen romance. (You can read a sample of her work here.) Genre writers often have wider audiences and sell books in quantities well beyond those of most “literary” writers. And their books—often published in mass-market format—usually cost far less than the typical trade paperback, let alone a hardcover, making those high-volume sales more possible. Is there any evidence that a writer of non-genre, “literary” fiction can succeed in self-publishing this way? The biggest self-publishing success story I can think of is Lisa Genova’s novel Still Alice, a legend in the Boston area. Genova self-published Still Alice when she couldn’t find a traditional publisher, using the print-on-demand publisher iUniverse. From selling copies of her book out of the back of her car, Genova eventually aquired a deal with Simon & Schuster and the novel went on to become a New York Times bestseller—an ending any writer would dream of. But even that dream began and ended with a print book in hand, not a 99-cent ebook downloaded to a Kindle. And Still Alice sells for $15.00 in paperback and $26.00 in hardcover, a far cry from the 99 cents to $2.99 for Amanda Hocking’s books.

I wonder, too: is there such a thing as too cheap for a literary novel or collection? There’s a pyschological-economic phenomenon where extra-cheap prices cause buyers to value the product less, as if something so cheap couldn’t really be very good. Does anyone know of self-publishing stories, successful or otherwise, by non-genre writers?

Thanks to Hillary Rettig for passing this link my way.