In Defense of Comic Novels 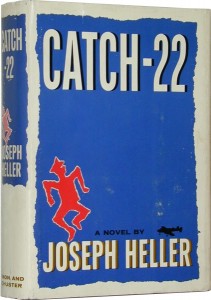 In the art world, comedy seldom gets its dues: if it’s funny, many assume, it can’t also be “real” art. At the Oscars a couple of years back, Will Ferrell, Jack Black, and John C. Reilly lamented the plight of “A Comedian at the Oscars”: “the saddest man of all / Your movies may make millions, but your name they’ll never call.”

Something similar happens in literature, Erica Wagner points out in the UK’s Times:

Comic novels — let’s call them terrific novels that happen to be funny — tend to fall through the cracks, especially where prizes are concerned. Publishers have to choose which books from their list to submit for a prize such as the Orange: is a book that makes a reader laugh really worthy of a prize? Or is it just, well, not serious enough?

But Wagner points out that being funny and being good are not mutually exclusive:

The thing about being funny is that it’s really hard. It’s a lot harder than being serious. It requires wit, grace, agility, sensitivity; it requires knowing how hard to push and when to stop on a dime. The reason the classic comic novels — such as Lucky Jim, or Evelyn Waugh’s Scoop, or Stella Gibbons’s Cold Comfort Farm, or Dodie Smith’s I Capture the Castle — stand the test of time is not because they are great comic novels: it’s because they are great novels, full stop. Joseph Heller’s Catch-22: comic novel or serious novel? Doesn’t matter. Brilliant novel.

To support her case, Wagner lists her top 10 comic novels, including Deaf Sentence by David Lodge and Everything is Illuminated by Jonathan Safran Foer (“Yes, it’s about the Holocaust. But it’s really funny, too.”)

Are you convinced? And do you ever write funny, or do you stick to the serious route?