"On behalf of the American people, we simply want to know what it is you'd say you're about, in a nutshell." 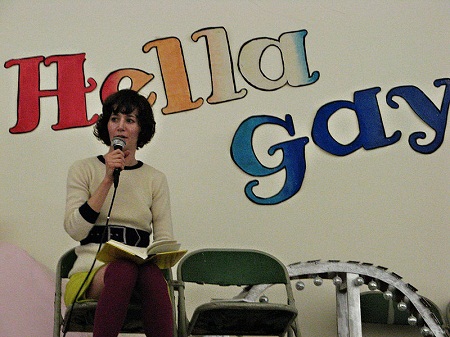 The Onion must have some book-lovers on staff these days—because their literature-related headlines of late have been painfully funny. See their latest, “Miranda July Called Before Congress To Explain Exactly What Her Whole Thing Is.”

You should really just read the whole thing, but—okay, here’s a little taste:

Sen. Mitch McConnell (R-KY) at one point attempted a drastically different style of questioning in which he clearly explained to July what his own whole thing is in hopes that she would reciprocate in a way that everyone could understand.

“Perhaps we’re approaching this in the wrong way; Ms. July, when I wake up in the morning, I say to myself, ‘I’m going to go to work and help make the laws that keep our country running,'” McConnell said. “Now, when you wake up in the morning, what do you say to yourself? What is it that compels you to do all these things that you do?”

July, however, mostly ignored the probings and proceeded to cut up pieces of construction paper to make a large banner reading “You Will Find It!” which she then hung from the front of the table at which she was sitting.

“Please, Ms. July, we’re just trying to understand!” an exasperated Sen. Harry Reid (D-NV) said at one point during the hearing when July dumped out a large shoe box full of buttons of various sizes and colors onto the Senate floor and began sorting them.