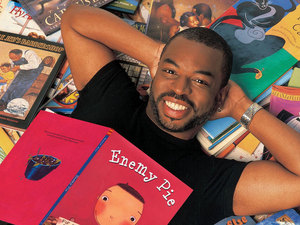 Apparently getting kids excited about books isn’t worth funding. It’s better to focus on the “mechanics” of reading because, you know, that will definitely instill the next generation with a passion for it. **head explodes**

The show’s [26-year] run is ending, Grant explains, because no one — not the station, not PBS, not the Corporation for Public Broadcasting — will put up the several hundred thousand dollars needed to renew the show’s broadcast rights.

Grant says the funding crunch is partially to blame, but the decision to end Reading Rainbow can also be traced to a shift in the philosophy of educational television programming. The change started with the Department of Education under the Bush administration, he explains, which wanted to see a much heavier focus on the basic tools of reading — like phonics and spelling.

Grant says that PBS, CPB and the Department of Education put significant funding toward programming that would teach kids how to read — but that’s not what Reading Rainbow was trying to do.

“Reading Rainbow taught kids why to read,” Grant says. “You know, the love of reading — [the show] encouraged kids to pick up a book and to read.”

Linda Simensky, vice president for children’s programming at PBS, says that when Reading Rainbow was developed in the early 1980s, it was an era when the question was: “How do we get kids to read books?”

Since then, she explains, research has shown that teaching the mechanics of reading should be the network’s priority.