Stories We Love: “Thawing Out,” by T.C. Boyle

"It’s the story of a self-centered young man who glimpses the future and finds it covered in flab." Chuck Augello on T.C. Boyle's "Thawing Out."

Because I never learned to swim, the thought of diving into water, be it a hotel swimming pool or the choppy surf of the ocean, has always felt terrifying, like an express lane to death. Though I enjoy the beach, I approach the shoreline with trepidation, envying those who dash into the surf with wild abandon, thrilled by the crash of the waves. As a boy I hoped that one day I’d join them, but now, as a man in middle-age, I accept that “one day” probably means never. In my novel The Revolving Heart (Black Rose Writing, 2020), set in a coastal town on the New Jersey shore, the ocean is an imposing presence, a source of tragedy and potential redemption for the main characters, whose lives have been haunted by the drowning death of a child.

Plunging into the water remains a powerful symbol for so much that I’ve avoided in life, and whenever a character in fiction faces a dive-or-not moment of truth, the story lingers long after the final sentence. 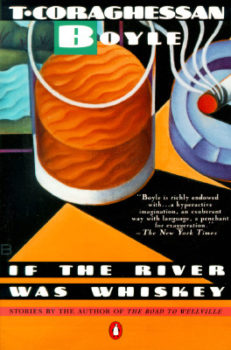 One such story is T.C. Boyle’s “Thawing Out,” first published in 1987 and included in both If the River Was Whiskey (Penguin, 1990) and T. C. Boyle Stories (Penguin, 1999). While Boyle’s protagonist, twenty-three-year old Marty, knows how to swim, the annual Polar Bear Plunge into the frigid Atlantic Ocean epitomizes his reluctance to embrace mature love. It’s the story of a self-centered young man who glimpses the future and finds it covered in flab.

In the opening scene, Marty accompanies his beautiful girlfriend Naina to the beach, but it’s not what we expect. It’s the dead of winter, and they are surrounded by old people preparing to dive into the ice-cold sea. The familiar exuberance of Boyle’s prose is on full display as he describes the women:

[T]heir excrescences forced like sausage stuffing into the black spandex casings of their one-piece suits. Their feet were bloated and red, their thighs mottled with disuse, their upper arms heavy, bulbous, the color of suet.

Included in the group is Naina’s mother, Mama Vyshensky, a big woman with dimples and a “broad, faintly mustachioed face.” To Marty the tableau is surreal, “like something out of Fellini,” and his inability to appreciate the scene contrasts with Naina, who joins the mad rush into the freezing ocean while Marty stays behind dragging on a cigarette.

With its familiar trope of a young man fearing commitment, “Thawing Out” could have been predictable and trite. Yet Boyle surprises the reader with its focus not on Marty’s hesitation to commit to the lovely Naina, but instead on his fear of what Naina is likely to become, as embodied by her mother’s “square shoulders and collapsed bosom.” At their first meeting Mama Vyshensky welcomes him into her home, where Marty is horrified by the ubiquitous doilies, stained lampshades, and mounds of newspapers and magazines, the aroma recalling the “fat-armed women who stood guard over the simmering pots” in the school cafeteria where Marty works. But the judging is not one-sided. Mama is sharp, sensing that Marty is sleeping with Naina, and she puts him on the spot about his intentions. When Marty confesses his feelings for her daughter, warm-hearted Mama invites him into her world, spreading her arms in a grand gesture and telling him, “All this, one day is yours.”

For Marty, it’s too much to bear. In a conversation with his friend Terry, his flight instincts are triggered. “Before you know it you’ve got six slobbering kids, a little pink house, and you’re married to her mother,” Terry warns. Marty’s reaction is callous and dismissive, yet Boyle offers glimpses of his better angels. To impress Terry, he describes Naina as “hot,” but quickly adds, “And she’s a great person.” Yet his desire to talk about her as other than a sex object is constrained by social convention. Boyle writes, “He and Terry were both men of the world, and men of the world didn’t moon over their women.”

Marty questions Naina about her Polar Bear experience, hinting at his desire to meet her commitment. “Tell me again, how it felt,” he asks, and the subtext is clear. “You won’t believe this, but it’s not that cold—almost the opposite,” Naina says. “It all depends on your frame of mind.” 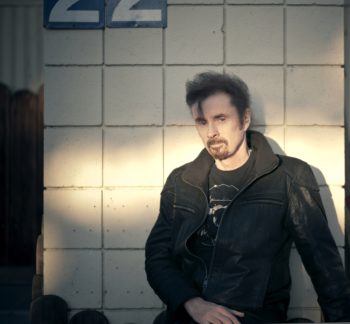 It’s the perfect moment for Marty to plunge. Instead he flees, heading to California with Terry for a vacation that becomes a prolonged hideout, Marty blowing off his job as a Special Ed teacher and eventually cutting contact with Naina. He’s avoided the plunge and claimed his freedom, but the results are disastrous. Several months later Marty returns, broke, unemployed, and virtually homeless. Naina has moved on, leaving her apartment for graduate school, and with two bucks in his pocket and nowhere else to go, Marty visits Mama Vyshensky.

Again, Boyle subverts the reader’s expectations. Instead of a reunion scene with Naina, Marty must reconcile with her mother. Mama Vyshensky hasn’t changed, nor has her home, but this time it’s Marty who’s on trial, Mama “watching him in her shrewd way, totting up the changes, deciding something.” Despite her anger, Mama’s good heart prevails. Sensing that Marty has nowhere to sleep, she offers a cot and a warm meal. Marty tries to justify his actions, but Mama dismisses him. “I’m not the one you should tell,” she says, implying the possibility of a second chance. At last Marty sees beyond the kitschy furnishings and sagging flesh. “He set down the cup and looked at her—really looked at her—for the first time.”

Two days later he returns to the beach for the annual Polar Bear Plunge. Naina sees him, at first turning away, then glancing with a soft smile. “She held his eyes now, held them across the field of drooping flesh, the body hair, the toothless mouths.” In that moment the present and future confront him, both Naina’s beauty and the worn-out flesh she is destined to become. Having seen the generous and loving spirit behind Mama Vyshensky’s sagging bulk, Marty is ready to plunge. He strips off his clothes and runs toward the freezing water, the moment before impact “the briefest, maddest, most lucid instant of his life.” The commitment he so feared turns out to be as “warm as a bath.”

For me, the moment always resonates. “Thawing Out” encourages readers to confront their fears, whatever their source, and to recognize beauty in all its unexpected forms. Ready, set, dive.