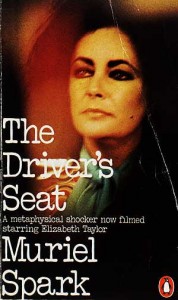 The Booker Prize has announced the Lost Booker Prize, intended to honor books published in 1970, the only year since 1968 in which when no prize was given.

The Booker Prize was created in 1968 as a retrospective prize – that is, honoring books published prior to the award year. Then, in 1971, two changes were made in the Booker rules: the Booker became a prize for the best novel published in the same year as the award, and the month in which the award was given changed from April to November. As a result of the new rules, books published in 1970 were never eligible for the prize.

The longlist of 22 books includes Patrick O’Brian’s Master and Commander, David Lodge’s Out of the Shelter, Muriel Spark’s The Driver’s Seat, and the intriguingly titled A Clubbable Woman by Reginald Hill. The shortlist will be posted in March, with the winner announced in May.

Meanwhile, over at The Millions, Garth Risk Hallberg wonders if there are too many prizes out there.

In my view, however, all this award-granting gets silly whenever prize-granting bodies short-circuit the practical virtues of prizes – promotion, encouragement, and pleasure. They do this in two opposed but mutually reinforcing ways: first, by contriving prizes so commonplace or parochial as to carry hardly any cultural weight. Second, by attaching to a single prize more significance than any award should rightly carry… by eliding the plurality of critical judgments in favor of some settled, authoritative Best.