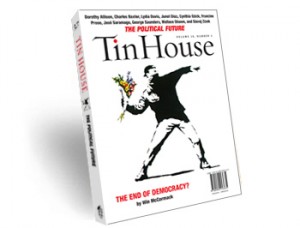 Pick up the current issue of Tin House and read “Fresco, Byzantine,” a story by FWR contributor Natalie Bakopoulos.

They had come of age in such places, those island prisons—during the Nazi occupations, during the civil war, throughout the fifties, and now—and now some were growing old there.