"A vintage valentine, published just in time for February 14th"

A Memory of Violets, by Hazel Gaynor

"Accept the slightly soft focus and it becomes part of the charm of Gaynor’s particular book": Ellen Prentiss Campbell on the pleasures of reading Hazel Gaynor's historical novel A Memory of Violets.

A Memory of Violets, Hazel Gaynor’s second novel, just out from Morrow, is set in the flower markets near Covent Garden–Eliza Doolittle territory, and the author cites playing Eliza in a high school production of “My Fair Lady” as the likely inspiration for her special fascination with the flower vendors. Years later, Gaynor lived near Covent Garden and this fascination led her to the late Victorian era “flower girls,” who made silk flowers in near-by workshops: paid by the flower, and housed by a well-intentioned, benevolent factory owner. Gaynor’s initial inspiration may have been Eliza Doolittle, but her later and thorough research into the socioeconomic climate and the daily life of the “flower girls” is evident on every page as the author cleverly intertwines two plot line—the stories of two women, both connected with the silk flower industry, years apart. 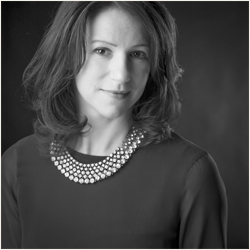 Young Tilly Harper, shamed and displaced by a tragic accident that left her sister paralyzed, comes to London in 1912 to work as a house mother in a home for disabled women–the “flower girls” who make silk flowers. In her bedroom–mysteriously suffused by the scent of violets–Tilly discovers a box containing personal effects, including a handkerchief embroidered with shamrocks and a diary kept by a “flower girl” almost forty years earlier. The handkerchief reminds Tilly of the strangely similar handkerchief she glimpsed in the hands of her elegant seat-mate on the train to London. She reads the diary, the poignant, ungrammatical lament of one Flora Flynn for her younger sister, Rosie. Little Rosie mysteriously disappeared when the two destitute sisters were selling flowers on the streets. Flora was rescued by the benevolent silk-flower entrepreneur and became a life-long “flower girl” at his factory, and resident of the company house. Although as content with the warmth of her room and board as Eliza Doolittle herself, Flora never recovered from guilt and sorrow over losing Rosie. Tilly, struggling with loss and shame over her own family situation, is intrigued by Flora’s tale. She discovers that one of the current residents of the house knew the late Flora, and Tilly proceeds to uncover clues as to what happened to Rosie, at the same time working toward resolution of her own family unhappiness and guilt.

The novel recreates the periods described with rich detail. The author’s afterword credits the transcribed interviews with London street-sellers found in Henry Mayhew’s London Labour and the London Poor (1851) as her most important source. His account of two orphaned sisters became her inspiration for Flora and Rosie. The depth of Gaynor’s research is impressive and entertaining; we learn, for example, that the flower girls made one million pink roses for Alexandra Rose Day, June 26, 1912. Yet while Gaynor brings a whole subculture and world to light, and the story clearly rests on meticulous research amply supported by sensory as well as historical and economic detail, there is still a gauziness to our view of this world. We learn of what the girls ate, wore, and yearned for, and the poverty here is rendered clearly, using every sense (particularly smell), but still somewhat softened. This may represent Gaynor’s intent, an invocation of a late Victorian sensibility. This same intent may inform her style. Sometimes she explains more than necessary: “…this was not simply about a child seeking refuge in her carriage. This was about reignited memories of a daughter lost and a woman deprived of the change to be a mother.” Sometimes she employs overly familiar language such as “humble cottage” and “thundering hooves,” or drops seemingly over-wrought hints about the tell-tale handkerchief:

She lifted the lid, the perfume of violets intensifying around her as she did…At the bottom of the box was a delicate lace handkerchief, stained and spoiled a little with age. Lifting it up to the light of the window, she saw the faint outline of shamrocks stitched into one corner. Her thoughts flashed back to the train.

But leave these stylistic questions (perhaps quibbles) aside. The sometimes ornate prose and the bread-crumb hints sprinkled liberally across the pages become purposeful ingredients for Gaynor’s period piece. Her sincere and gentle tone, her knowledge of the “flower girls” and “the language of flowers,” and the dense backdrop of daily life, won me over. I surrendered my cynicism and entered her world after a slight adjustment in my reader-ly expectation. This isn’t Dickens; nor Zola. This isn’t contemporary historical fiction like Emma Donaghue’s Frog Music, with its grittier tone and immediacy. Accept the slightly soft focus and it becomes part of the charm of Gaynor’s particular book. This is an old-fashioned story, and the experience of reading it is reminiscent of the middle-to-late childhood pleasure of reading classics like The Secret Garden (1911) and The Little Princess (1905) by Frances Hodgson Burnett. I would love to put this book in the hands of a quiet, bookish girl–a vintage valentine, published just in time for February 14th.