"Always Happy Hour combines all the addictive ingredients of a pop song with a self-awareness and emotional insight that is both searing and deeply sympathetic": Emily Nagin on Mary Miller's latest collection.

I love listening to Top 40 when I drive. Sometimes, in a piece of radio magic, you change the channel and the song you were just listening to on 96.1 KISS starts from the beginning on 100.7 STAR. This has been happening increasingly often with Machine Gun Kelly’s “Bad Things.” I love Top 40, but I should hate this song. “Bad Things” features Camilla Cabello squeaking her way through a Fastball sample and Machine Gun Kelly rapping like a bargain basement Eminem. But the song strikes this pleasure center deep in my brain that’s half ‘90s nostalgia, half fascination. Like most pop songs, “Bad Things” is about a bad relationship, and like many people, I grew up romanticizing self-destructive love. Romeo and Juliet, Bonnie and Clyde, Jack and Ennis. People so absorbed in each other they’d wreck anything—especially themselves—to be together. “Bad Things” hits that sick, Sid and Nancy sweet spot. How could I not be seduced? 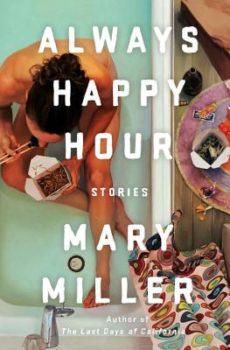 Around the time “Bad Things” became ubiquitous, I started reading Mary Miller’s Always Happy Hour (Liveright). In fact, this short story collection may be the reason I started paying close attention to the song. Dedicated to Miller’s exes, Always Happy Hour combines all the addictive ingredients of a pop song—soft-core kink; a romanticization of co-dependence; poverty tourism—with a self-awareness and emotional insight that is both searing and deeply sympathetic. Miller’s characters believe that love is suffering so completely that they manufacture suffering in order to believe that they’re in love.

In Miller’s work, love and escapism are also intertwined. In “Uphill,” a woman accompanies her boyfriend on a road trip she knows will result in another woman’s death; “Big Bad Love” follows a caregiver at a group home who has become overly attached to one of the young girls she is charged with looking after; and in “Dirty,” the narrator daydreams herself out of her slumlord boyfriend’s apartment and into a domestic paradise. In each of these stories, the characters continually disavow the circumstances and people who mean most to them, on the grounds that these attachments are temporary, despite the fact that they clearly aren’t. “This is not my life. It isn’t the one,” the narrator of “Uphill” repeats like a mantra. Even the stories about characters inhabiting lives they desperately want to hold onto are imbued with an aching sense of the temporary. In “Always Happy Hour,” the main character confesses that the first night she and her boyfriend slept together, “I made him go home because already I loved him, because already I knew it was the kind of love where you’re so afraid they’re going to leave you that you give them no other choice.”

Always Happy Hour possesses the irresistible pull of confession. Despite the fact that each story is ostensibly voiced by a different character, all of Miller’s narrators could be the same woman. I think we’re meant to suspect that this woman is a thinly disguised version of Miller herself. Whether or not the stories are actually drawn from life is beside the point. Either way, the tonal similarity is a smart move. Implied autobiography comes with an emotional weight (this actually happened) and titillation (this actually happened) that’s hard to resist. Add that to the fact that the premises of some of these stories could be XO Jane “It Happened to Me” features —My Boyfriend Was A Slumlord; My Boyfriend Was A Hitman—and you have a collection that plays into and defies the romantic myths our culture lives by. Miller’s work is strongest when she pits a melodramatic premise against the slow chug of the everyday. In these moments, she makes us critically aware of the gap between the stories we tell ourselves to make our lives feel like movies, and the reality that everyone sheds skin cells and wakes up with bad breath and maybe your all-consuming love for your charming-but-cruel boyfriend isn’t really all-consuming. Maybe it isn’t love at all. Maybe this is a story you’ve been telling yourself to escape the thing you’ve been running from. 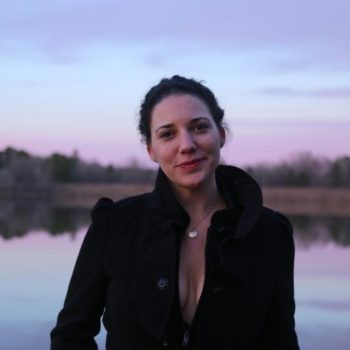 At times, Always Happy Hour can feel repetitive. The ubiquitous narrative voice makes the characters hard to distinguish, and Miller also tends to repeat plot devices (“The Longest Covered Walkway in the World” and “Always Happy Hour” are virtually identical, though since they’re two of the strongest stories in the collection, this is easy to forgive). The similarity between the stories can make the collection feel stalled. But I wonder if that isn’t what Miller is shooting for, if she’s commenting on the way routines hold us in place. Maybe the stories have to echo and quote each other. Isn’t predictability part of what makes pop songs and daytime TV so satisfying? You know the formula, if not the specifics, and it’s the formula you really love.