"Sestanovich’s writing is clever and rich with layers, just like her characters."

"Despite how powerfully the objects of our lives might obsess us or orient our attention, they are but one aspect of a larger lived experienced." Costa B. Pappas on Clare Sestanovich's debut collection, Objects of Desire, out soon from Knopf. 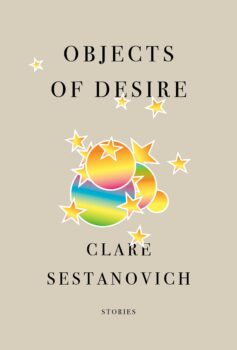 The stories in Clare Sestanovich’s brilliantly crafted debut, Objects of Desire, which will be published by Knopf in June, wrestle with the realities of love, sexuality, desire, and the myriad intimacies—including disappointment and loss—that comprise women’s lives. The collection charts the experiences of women of different ages and sociocultural backgrounds as they come to terms, as the title implies, with the reality of their object of their desire. Sometimes the revelations are gradual, other times sudden.

For example, in the story “By Design,” a middle-aged mother, Suzanne, finds herself enamored by her employee, Laird. After catching him getting high off cocaine at a work party, Suzanne ends up in the bathroom with him, where a sexual exchange occurs. And though Suzanne has finally acquired the object of her desire, he disappears just as quickly, leaving her fruitlessly searching his social media until a year later when he files a sexual harassment order against her.

Yet despite the legal suit, Suzanne still finds herself wanting and hoping, strangely anticipating their reunion. Yet Laird never shows up.

“Up until the very end, Suzanne held out hope that Laird would appear. She waited while the elevator clanged up from the lobby, and when the doors opened, she was sure he would be inside. Long after the lawyer went home, she sat on a bench in front of the building, looking at everyone who walked by.”

The situation marks the moment in which Suzanne finally realizes that Laird is not her friend, not her lover. In fact, the only connection Laird has to Suzanne is the fact that he was once the object of her desire—something she never was for him.

Misunderstandings and mistakes account for some of the reasons that the characters in these stories fail to connect, while others have more to do with practical issues like financial background, societal pressures, or family dynamics. Still other times, it’s simply that the desires of those involved are misaligned, as in “Security Questions.” In this story, a woman named Georgia finds herself in an affair with a much older married man, Dana. And although Dana’s wife is aware of his extramarital relations, and although everyone involved seems to agree on the terms—sex for him, a relationship for her—Georgia will eventually come to see the truth of the situation when her hair is infested by lice.

“The bugs remind you that your body is food,” Georgia says in silence. “That the worst part, I think. They’re not just living on you, they’re living off you.”

For what Georgia will come to see is that she’s been living for brief moments of romance and attention, offering sex in return. And even though Dana’s intentions and desires had been clear from the start, Georgia failed to recognize the transactional nature of their relationship. She has become an object herself. In this case, a host. Offered nothing of sustenance in return. 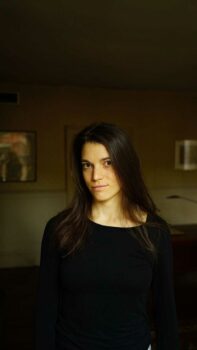 Conversely, Iris, the protagonist in “Annunciation,” comes to realize that she has transformed the life of nearly every person close to her—from her best friend Charlotte, to her ex-boyfriend Ben, to her mother, even her polyamorous married roommates—into an object of desire. Their lives appear larger and greater than hers. And when one couple announces, “You’re part of our moment,” the reader is left wondering when Iris will finally find a way to create her own story. When she’ll finally see her own life as something to desire.

Whether finally recognizing these objects for what they are—vessels for desire, containers we’ve filled with what we wished they held rather than what they actually contain—or finding ways to release ourselves from feeling the need to define ourselves through other people, each of the characters in these stories helps us realize the difference between what an authentic loving relationship is versus what one wants the relationship or situation to be.

Though to say that this book is only about desire and relationships is to miss how the stories in this collection act as a mirror, reflecting the day-to-day experiences of women. How the texture of life is also made up of the most mundane: conversations with children over the phone, teaching a class, walking to a bar to meet friends. For despite how powerfully the objects of our lives might obsess us or orient our attention, they are but one aspect of a larger lived experienced. This is as important to pay attention to as the permutations of love and loss. Sestanovich’s writing is clever and rich with layers, just like her characters. And the textures of her sentences are as nuanced as desire itself.